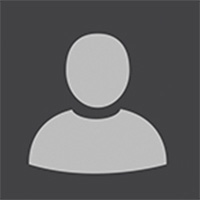 Emily has been practicing as a clinical dietitian since 2014. She received her Bachelor of Science in Nutrition from the University of Rhode Island and completed her Dietetic Internship at Danbury Hospital. She received her Master of Science in Nutrition from Stony Brook University in 2018. Emily previously worked at Stony Brook University Hospital, where she specialized in neuro-critical and stroke care. She specializes in nutrition support and prenatal nutrition and previously worked with the critical care population at Lawrence. She obtained her certification as a Certified Nutrition Support Clinician (CNSC) in 2021. Emily is thrilled to be a member of the NYP Clinical Nutrition Team at Lawrence Hospital, and is enjoying her new leadership role as the Clinical Nutrition Manager.

Laura Talbot received her Bachelor of Science in Nutritional Sciences from University of Delaware in Newark, DE and then went on to complete her Dietetic Internship at University of Delaware through their distance program; completing her rotations in Westchester, NY and Fairfield County, CT - completing her clinical portion at NYP Lawrence. Laura has continued to work at NYP Lawrence as an RD since 2018 and recently transitioned into the Assistant Clinical Nutrition Manager role. In her free time, Laura likes to hang out with her friends and family and take her dog, Rusty, on walks.

Liz earned a master’s degree in Nutrition from CUNY-Hunter College in 2016, after working for many years as an editor and writer. She completed her dietetic internship at NewYork-Presbyterian Hospital. Her professional interests include gastrointestinal diseases and bariatrics. She recently obtained her CDCES credential and enjoys working with the diabetic population. When not at work, Liz can be found roaming the outdoors.

Katie graduated with her Bachelors of Science in Nutrition and Dietetics from West Chester University in West Chester, PA. She completed her Dietetic Internship with Sodexo in 2011 and has been working as an RD ever since. Katie has been the outpatient RD for New York Presbyterian Lawrence Hospital since 2013. Additionally, in 2017 she received her CDE and now works as a part of New York Presbyterian Medical Group Westchester specializing in Diabetes and Weight Management.

Xintong is from China and earned her master of science degree in clinical nutrition from Rutgers University. She completed her rotations at University Hospital in Newark, NJ. Xintong received her master of public health degree in public health nutrition from NYU and received her bachelor of science degree in dietetics from University of Illinois at Urbana-Champaign. In her free time, Xintong enjoys horseback riding, ice skating, and spending time with family and friends.

Diana completed her Master's Degree at Teacher's College Columbia University in Nutrition Education and completed her dietetic internship in 2021 after working for a few years as both a pastry chef and food scientist. Her professional interests include pediatric and adolescent nutrition and sees eating disorder patients in private practice. In her free time, Diana likes to swim, spend time outside, and cook.

Lucrezia Scarampi is the bariatric dietitian at the Center for Advanced Surgery after practicing as a dietitian in Suffolk County, Long Island. She received her Master’s degree in human nutrition from University of Bridgeport and completed her dietetic internship through Stony Brook University. She is also a Certified Bariatric Counselor with the American Association of Bariatric Counselors since 2020.