Noah, a 27-year-old VP at an investment bank, was running on a treadmill in his Manhattan apartment when he suddenly collapsed and went into cardiac arrest, a complication of a rare, life-threatening cardiac condition known as Hypertrophic Cardiomyopathy (HCM). After Noah’s cardiac arrest, emergency responders restarted his heart with a defibrillator and transported him to a local hospital’s intensive care unit.

In the intensive care unit, Noah developed a severe form of the acute respiratory distress syndrome (ARDS) that caused his blood oxygen levels to drop to dangerously low levels.  When he could not be adequately supported on the mechanical ventilator, his physicians referred him to NewYork-Presbyterian Hospital/Columbia University Irving Medical Center for extracorporeal membrane oxygenation (ECMO), an external device that provides oxygen to and removes carbon dioxide from the blood.

The NewYork-Presbyterian Hospital/Columbia University Irving Medical Center mobile ECMO transport team quickly traveled to the referring hospital, placed Noah on ECMO, and transported him to NewYork-Presbyterian Hospital/Columbia University Irving Medical Center’s Medical Intensive Care Unit, where Noah was supported with ECMO for 15 days. During this time, ECMO allowed his brain and other vital organs to receive oxygen while his lungs recovered from ARDS. With his HCM and ARDS successfully treated, Noah made a remarkable recovery.

“Before I was put on ECMO, the outlook was fairly bleak... I wouldn’t be here today without ECMO, or NewYork-Presbyterian Hospital,” said Noah. 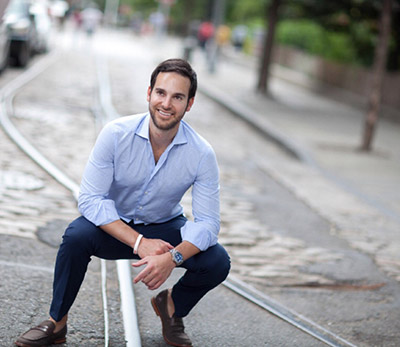