Nell Pritchard: How One Woman Got Back Her Future

Nell Pritchard looks like a normal, healthy young woman as she walks her dog, hangs out with her boyfriend, or goes to the gym. The other day, she played tennis with her sister. She's 21 years old, 5'4" tall, and weighs 120 pounds--which, for Nell, is a miracle.

A few months ago, she was down to 80 pounds and fighting for every breath. Her lifelong cystic fibrosis combined with a persistent bacterial infection had resulted in severe respiratory failure. She had been in and out of Albany Medical Center and on different antibiotics but nothing seemed to work.

"The last time I went to the hospital," Nell says, "I wasn't sure I was going to make it there. I couldn't keep my eyes open, I was so weak. That night, my oxygen went so low, they had to intubate me." 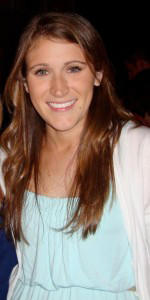 At that point, Nell's doctor called Matthew Bacchetta, MD, Surgeon, and Director, Adult ECMO Program, NewYork-Presbyterian/Columbia University Medical Center. Dr. Bacchetta and Daniel Brodie, M.D., Director of the Medical ECMO Program, assembled a team immediately. Dr. Bacchetta recalls, "We knew that if we didn't act fast, the window would close quickly for Nell. If we could get her on ECMO, we could transport her to Columbia and give her the best chance for a transplant, our next--and really only--option."

The extracorporeal membrane oxygenation (ECMO) machine acts as a set of lungs. Placing Nell on ECMO allowed her to be safely transported by ambulance the 154 miles to NYP/Columbia, and then supported her failed lungs once she arrived. "Albany was the farthest transport that we have done so far," says Dr. Brodie, "but we're able to transport from anywhere in the country and, in select cases, internationally."

Although she does not remember the trip, Nell responded very well to the ECMO and was stable throughout the transport. A day after arriving at NYP/Columbia she underwent a double lung transplantation; Dr. Bacchetta performed the surgery.

"The most extraordinary thing about Nell's case," says Dr. Bacchetta, "was the way our transplant and intensive care unit teams rallied to take care of her. We made a plan to get her to transplant, which was complex, and we executed it. Nell's case represents the best of what Columbia can do. And it was a pleasure taking care of her. She's extremely motivated."

Transplanted lungs come from people who do not have cystic fibrosis. So although a patient's sinuses, pancreas, and other organs still "have" the disease, the lungs do not. According to Dr. Bacchetta, in fact, Nell has a "superb prognosis."

Echoing Dr. Bacchetta's optimism, Nell says, "My transplant has given me a lot more confidence. I never used to think about the future. Now I'm more excited to see what my options are, willing to think about a career in psychology.

"I'm not as fragile as everyone seems to believe. Transplants are great, not scary or bad. It's given me a fresh start."