Nichele Calhoun, 34, was five months pregnant when she learned she had pulmonary hypertension – abnormally high blood pressure in the arteries of the lungs, which makes the right side of the heart work harder than normal. She had felt fine. But a few weeks after her son was born in fall 2010, she found it challenging just to get out of the car.

In the months to follow, ordinary tasks such as getting herself dressed became extraordinarily difficult. "When I was getting dressed to go out and celebrate my 34th birthday, it took me nearly two hours, because it was so hard to breathe," recalls Nichele, a licensed practical nurse who lives in Amityville, Long Island. Her life was spent in and out of the hospital from then on. She traveled with portable oxygen and found it difficult to take just a few steps. 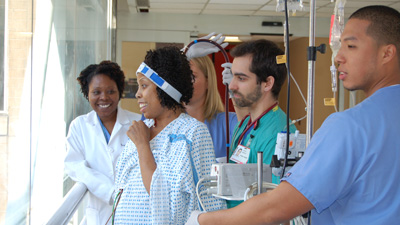 By early March 2012, after a long stay in intensive care, she had developed severe heart failure, and her kidneys began to shut down. Doctors told her she likely needed a lung transplant, but this was not an option if she went on dialysis for her kidney failure. She also wasn't strong enough to withstand the operation and its long recovery. Her only other option was extracorporeal membrane oxygenation (ECMO), which she began receiving at NewYork-Presbyterian Hospital/Columbia University Medical Center – a pioneering center for the delivery of this lifesaving approach.

It was a fearful time. Nichele's baby boy and 16-year-old twins were looked after by her younger sister, Amber. "Amber is my rock," says Nichele, who lives with her sister today.

ECMO provided the heart and lung support she needed to overcome the problems caused by her own failing heart and lungs. However, even though her heart and lungs were supported by ECMO, that didn’t change the fact that she was too weak for a transplant. Due to the innovative approach of the NYP/CUMC ECMO program, she was able to be awake during the entire time she received ECMO, without a breathing machine.

When she first went on ECMO, she could barely stand. But then, with determination and an amazing physical therapy and nursing team, she eventually walked – up to a half mile a day – in the hospital to get in shape for a lung transplant. "I was so happy on the ECMO," she recalls. "I felt the best I had felt in a long time. I was ready every morning to get up and go." 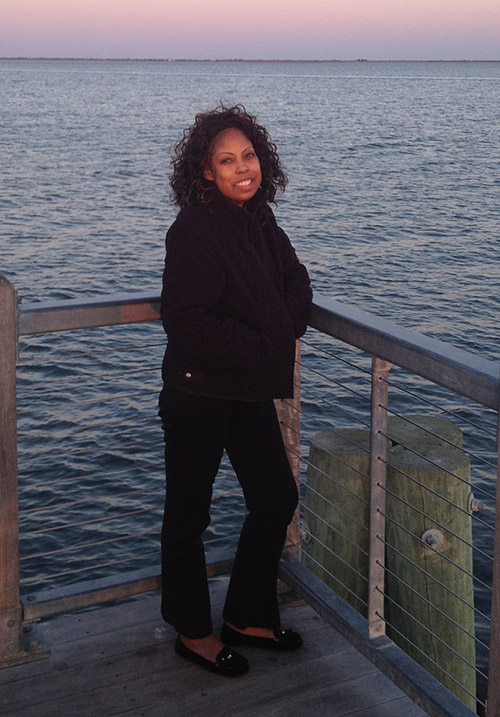 The wait for new lungs was long. There were many times she wasn't certain if she would survive to raise her children. She longed to be outside, to be with her family, to be healthy again. Knowing this, during her 18th day on ECMO, she was allowed to walk outside the ICU so she could see the sun. Then finally, fate stepped in: a set of donor lungs became available the next day, and she had her lung transplant on March 20, 2012.

In August 2012, Nichele's family threw her a Celebration of Life party. Her father flew in from California. Aunts came in from Texas. Relatives converged on Long Island from all over the country for a different kind of family reunion, one organized to celebrate Nichele's new life.

Today she is able to do the things many of us take for granted – go up and down stairs, go shopping, take her son to the park. "I can do everything, and I feel thankful for every day," Nichele concludes. "My life is normal again!"

If you are a physician, please contact us to have your patient transferred