In 2018, Justin K. Greisberg, MD, Chief, Foot and Ankle Service, and J. Turner Vosseller, MD, orthopedic foot and ankle surgeon, co-authored Core Knowledge in Orthopedics: Foot and Ankle, presenting the latest techniques, technologies, and surgical advances in the field. In print and available online, the book serves as an important resource for general orthopedic practitioners, as well as residents and fellows in preparation for rotations and challenging clinical cases.

Timing of ORIF for Ankle Fracture 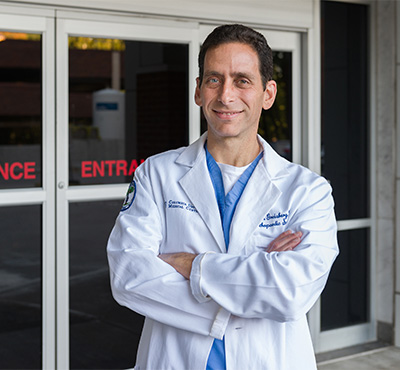 Open reduction internal fixation (ORIF) is typically performed as an ambulatory surgery several days to a few weeks after an ankle fracture injury. However, the effect of timing of ORIF on functional outcomes is unclear. Dr. Vosseller undertook a retrospective review of 118 patients who underwent ankle ORIF to better define the influence of a delay of greater than 14 days on functional outcomes and wound complications. Dr. Vosseller found that ankle ORIF more than 14 days after injury did not significantly increase the rate of wound complication, nor did it impair ultimate functional outcome in this group. (Foot and Ankle Specialist, November 14, 2018)

Applying protocols established by Department of Orthopedic Surgery at NewYork-Presbyterian/Columbia, our foot and ankle specialists have achieved lower infection rates for foot and ankle procedures than rates cited in national peer-reviewed articles. 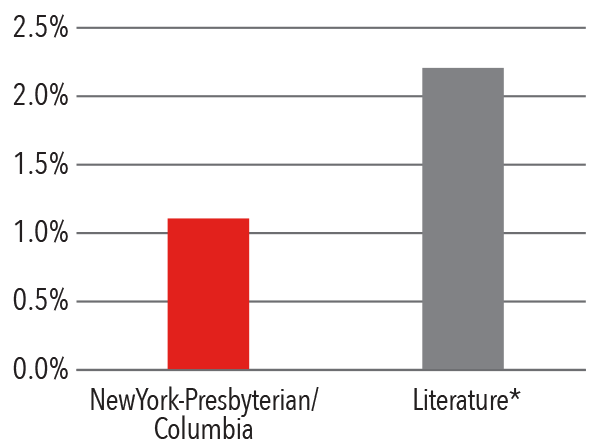 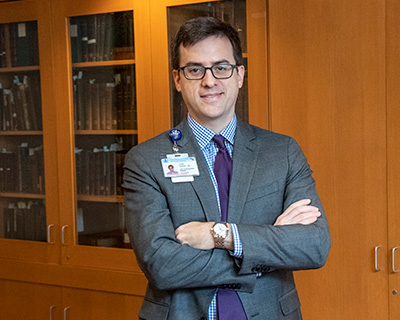 Dr. J. Turner Vosseller, a foot and ankle specialist, has a particular interest and expertise in Achilles tendon injuries.

In a first-of-its-kind investigation, Dr. Vosseller, Dr. Greisberg, and colleagues looked at return to play and performance of professional soccer players following surgical repair for an Achilles tendon rupture. The study reviewed 24 athletes from the Union of European Football Association and Major League Soccer who had sustained a primary complete Achilles tendon rupture and were treated surgically between 1988 and 2014. This injury most commonly occurs in veteran players and prevents 29.2 percent of players from returning to play despite surgery. Athletes able to return to play were found to play fewer minutes two years postoperatively compared with their baseline, as well as playing less at one and two years postoperatively compared with uninjured matched controls. The reduction in playing time following an Achilles repair has significant implications for players and teams. (Orthopaedic Journal of Sports Medicine, November 28, 2018)

In evaluating rehabilitation protocols for Achilles tendon repair provided online by 22 of the 155 U.S. orthopedic teaching programs, our foot and ankle specialists found that while protocols clearly trend away from traditional ankle casting, many programs have not adopted the accelerated weight-bearing and controlled mobilization techniques shown to produce better functional outcomes and greater patient satisfaction. There is also a substantial degree of variability in both the composition and timing of rehabilitation components.

A 16-year-old girl with hereditary sensory motor neuropathy, also called Charcot-Marie-Tooth disease, had extreme leg muscle weakness, resulting in ankle equinus contracture in the Achilles tendon in which both ankles pointed downward. With very limited mobility, the patient was confined to a wheelchair or walked with heavy braces and orthotics. Columbia foot and ankle surgeons performed tendon surgery on both legs six months apart. Surgery involved lengthening the Achilles tendon and then performing a peroneus longus tendon to brevis tendon transfer to rebalance the peroneal tendon. Interestingly, the patient had no ankle dorsal flexion strength at all prior to surgery, leading the surgeons to believe her anterior tibia tendon was completely absent. However, by weakening the strong Achilles tendon, she now has good, well-balanced ankle strength. Intervening early, coupled with the patient’s youth and rapid healing ability, also contributed to the success of this procedure. Six months after surgery the patient was walking with light ankle-foot orthoses and was even able to dance at her junior prom.