Richard S. Isaacson, MD, and Lisa Mosconi, PhD, take Alzheimer’s disease personally. Each has a strong family history of the disease, which has informed their resolve to find ways to reduce their risk and those of others from developing it. Dr. Isaacson, Director of the Alzheimer’s Prevention Clinic at NewYork-Presbyterian/Weill Cornell Medical Center, and Dr. Mosconi, Associate Director, oversee a program that combines evidence-based low-risk interventions along with lifestyle modifications that may help to delay, or in some cases, possibly prevent the progression toward dementia. 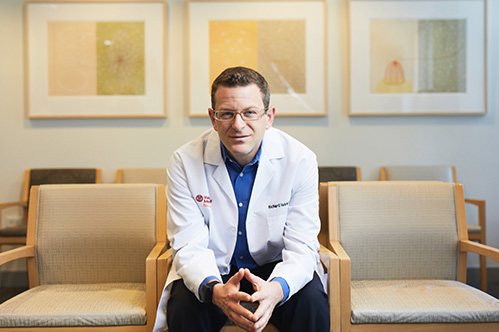 “We know that Alzheimer’s disease starts in the brain 20 to 30 years before the onset of symptoms, giving physicians ample time to intervene in an individualized fashion for those at risk,” says Dr. Isaacson, who established the clinic in 2013. “Having a few FDA approved drugs on the market is marginally helpful, but what about addressing vascular risk factors, lifestyle changes, exercise, nutrition, sleep, and stress management? From a clinical perspective, Alzheimer’s is a very heterogeneous disease. I believe that different people can take different roads to Alzheimer’s. Some may have insulin resistance and fast-forward amyloid production. Others may have a genetic link. We need to figure out what road they’re on and get them off that road.”

Dr. Isaacson refers to their program as providing the ABCs of Alzheimer’s prevention management. “A is for anthropometrics, or body composition; B represents blood-based biomarkers related to genetics, lipids, metabolism, inflammation, and nutrition; and C stands for cognition,” he says. “In addition to blood draws, genetic testing, and biometric measurements, patients undergo extensive cognitive assessments. We paint a very fine-tuned picture and reassess these measures every six months.”

The clinic’s methods were published in Alzheimer’s & Dementia: Journal of the Alzheimer’s Association (highlighted on the cover of the December 2018 issue), and are being rigorously tested in an ongoing clinical research study. The work of Dr. Isaacson and his team has helped establish that proactively managing Alzheimer’s risk factors is a feasible endeavor, and the clinic has drawn an increasing number of people who seek to lower their risk. 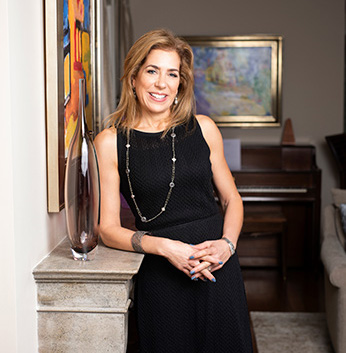 Karen Segal, whose mother developed Alzheimer’s 16 years ago, is a patient of Dr. Isaacson and a fervent supporter of prevention strategies. “I’ve had the longest goodbye with my mom. For 10 years she hasn’t known it was my birthday. It’s a very unfortunate disease and it robs you of every single part of you,” says Ms. Segal. “Clearly, we’re not reversing my mother’s condition, so I decided I was going to flip my pain into action and be a role model for the next generation. I am participating with Dr. Isaacson, coming every six months for baseline cognitive testing and blood work. We’re doing epigenetics and genetic work to track my risk factors for Alzheimer’s.”

Dr. Mosconi, who has a dual PhD in neuroscience and nuclear medicine and is a board-certified integrative nutritionist, focuses her work on at-risk individuals using brain imaging techniques. Most recently, she has turned her attention to women’s brain health and the factors that put women particularly at risk. “It is well accepted in our field that being of the female sex is the major risk factor for Alzheimer’s after getting older,” says Dr. Mosconi. “Two out of every three Alzheimer’s patients are women. We’ve shown in our research that as women go through menopause, their brains go through a series of changes due to loss of estrogen, setting the stage for Alzheimer’s. In reality, estrogen plays a huge role in the brain as a neuro-protective agent, keeping it healthy, strong, and resilient. As women lose that protection, their brains become much more vulnerable.”

In 2018, Dr. Mosconi and her Weill Cornell colleagues published in PLoS One the results of their investigation into sex-specific pathophysiological mechanisms behind Alzheimer’s disease risk that implicated the menopause transition. During menopause, many symptoms are neurological, including disruption of estrogen-regulated systems, such as thermoregulation, sleep, and circadian rhythms, as well as depression. Preclinical studies have shown that during menopause the estrogen network uncouples from the brain bioenergetic system. Indeed, translational brain imaging studies demonstrate that 40- to 60-year-old perimenopausal and postmenopausal women exhibit an Alzheimer’s disease-endophenotype characterized by decreased metabolic activity and increased brain amyloid-beta deposition as compared to premenopausal women and to age-matched men. 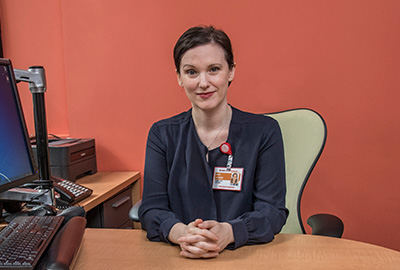 Dr. Mosconi recently launched the women’s brain initiative at Weill Cornell aimed at identifying sex-specific molecular targets for Alzheimer’s prevention and treatment. “We do this through clinical exams, medical evaluations, and cognitive and genetic testing, and brain imaging,” she says. “Because my mother has the disease and my maternal grandfather also had Alzheimer’s, I was genetically tested, and I have half the gene,” says Ms. Segal, whose grandfather also had the disease. “We don’t know what triggers the gene, but at least I can modify my risk. When I went to Dr. Isaacson, my fasting glucose level was always at the high end of normal. For someone who is athletic and has a very good diet, it didn’t seem right. Dr. Isaacson told me to minimize my carbs and sugars and he put me on a natural vitamin. My fasting glucose is now in the middle of the normal range. So, one could say I have modified my risk for diabetes, and diabetes is a track to Alzheimer’s.”