In August 2015, Caroline Nadel, 25, began to experience intense migraines and vision loss that included seeing blind spots, as well as sharp back pain. “I also had a whooshing in my ears,” says Ms. Nadel. Her primary care doctor thought it might be a virus, but when her symptoms worsened, she went to the emergency room of a local hospital, where a spinal tap pointed to the source of her symptoms — idiopathic intracranial hypertension (IIH). 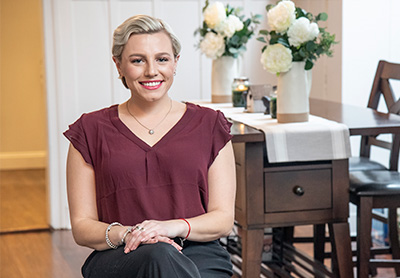 A rare disorder, IIH (formerly known as pseudotumor cerebri) most commonly affects women between the ages of 20 and 45 who are overweight. The primary issue is chronically elevated intracranial pressure with the most important neurologic manifestation being papilledema — swelling of the optic disk, which may lead to secondary progressive optic atrophy, visual loss, and possible blindness.

Neurologists treated Ms. Nadel with acetazolamide, a diuretic, to reduce the production of cervical spinal fluid, and in the majority of patients, this medication is effective. However, Ms. Nadel was among a subset of patients for which medication did not help and she continued to have progressive papilledema, headaches, and pulsatile tinnitus. “It was affecting my daily life,” says Ms. Nadel. “You could see it in my physical appearance. My body and my face looked extremely swollen. I had had enough of the spinal taps. So, I went online and looked for specialists for this condition. That’s when I found Dr. Patsalides and Dr. Dinkin.”

Athos Patsalides, MD, MPH, an interventional neuroradiologist, and Marc J. Dinkin, MD, a neuro-ophthalmologist, with NewYork-Presbyterian/ Weill Cornell Medical Center, had been collaborating on studies evaluating venous sinus stenting for patients with IIH for several years. “We found that we had a mutual interest in pursuing this therapy; but more importantly, investigating its efficacy,” says Dr. Dinkin, who had long been concerned about patients like Ms. Nadel who are resistant to typical medical therapy. “I wanted to help determine the ideal therapy for them.”

According to Dr. Dinkin, in the 1990s it was demonstrated that the majority of patients with the condition had a stenosis of the lateral venous sinuses with an elevated pressure gradient across that stenosis. “Since cerebral spinal fluid drains into the venous sinuses, the suggestion was that this stenosis played a role in the creation of an elevated intracranial pressure state,” he says. 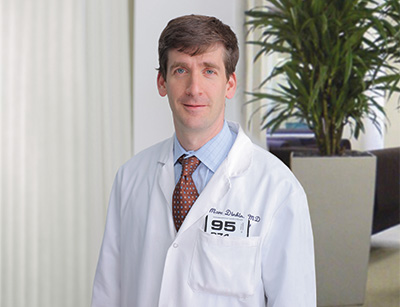 In the past, patients would be offered either a ventriculoperitoneal shunt or a lumboperitoneal shunt that would drain fluid from the brain to lower the pressure, or an optic nerve sheath fenestration. “Though these surgical therapies were featured in many cases, they were never formally studied in a clinical trial,” says Dr. Dinkin. “Their exact efficacy was not known, and furthermore, they each had their limitations. Shunts often fail months or years after placement. They can also become infected and cause hemorrhaging when being replaced. Fenestration has its own risks, such as double vision.”

“We started offering venous sinus stenting [VSS] at Weill Cornell several years ago,” says Dr. Patsalides. “However, there was no clinical study being done on this treatment in the U.S. at that time. So, I went to the FDA and we designed a clinical trial to evaluate this approach for patients with IIH.”

Dr. Patsalides developed a system to advance the stents through the femoral vein into the branch of the brain safely. “We use flexible stents delivered through large catheters, which makes it much safer as we eliminate the risk of the stent scraping the wall of the vein or even perforating the vein and causing a brain hemorrhage,” he says. 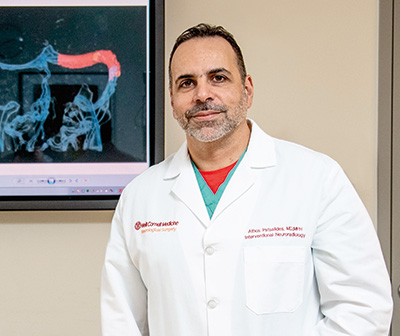 The procedure also minimizes the need for patients to be on lifelong blood thinners. “We require blood thinners for six to 12 months and that has worked very well,” says Dr. Patsalides, who notes a surprising and additional benefit of the minimally invasive interventional approach. “Patients were waking up from anesthesia telling me how great they felt and that their pulsatile tinnitus was resolved. As more patients reported relief from tinnitus, I realized that this could also be an effective treatment for patients without IIH.”

This led to another FDA-approved clinical trial that evaluates the safety and efficacy of venous sinus stenting in patients with pulsatile tinnitus. “The results are equally impressive,” says Dr. Patsalides, who to date has performed VSS on more than 120 patients. “About 40 percent of patients experience transient headache at the location of stent implantation for 24 to 48 hours. But the treatment has been very safe in our hands, as we had zero complications all these years.”

In 2016, Dr. Dinkin and Dr. Patsalides published results in the Journal of Neuro-Ophthalmology on a prospective trial in which they demonstrated the safety of stenting of VSS in patients with IIH. For their pioneering work in this area, they received the J. Lawton Smith Award for best original contribution by the North American Neuro-Ophthalmology Society. In June 2018, Dr. Patsalides and Dr. Dinkin published results of their subsequent study in the Journal of Neurointerventional Surgery showing for the first time a quantitative reduction in intracranial pressure in patients who have had the stenting procedure. “We measured the cerebrospinal fluid opening pressure of 50 patients before and after VSS between January 2012 and June 2017 and found a statistically significant 45 percent mean reduction in intracranial pressure three months after the procedure,” says Dr. Patsalides. “Eighty percent of patients did not require medications after stenting, and 20 percent who continue to take medications have decreased their medication doses by 60 to 70 percent after treatment.”

Count Caroline Nadel among the patients whose healthy life has been returned. “As soon as I woke up from surgery, the tinnitus — which had become unbearable — was gone,” she says. “I’ve had no headaches, my vision has improved, and there’s no more pressure. I even lost 60 pounds. I’m extremely grateful to Dr. Patsalides and Dr. Dinkin, and the medical team that came together for me.”

Dr. Patsalides and Dr. Dinkin are now planning a multicenter study that will compare the stent to traditional surgical treatment with the shunt. “We’re trying to prevent vision loss and improve the lives of patients who are really suffering,” says Dr. Dinkin. “This is a great example of cross-departmental teamwork where we can really benefit from each other’s talents.”