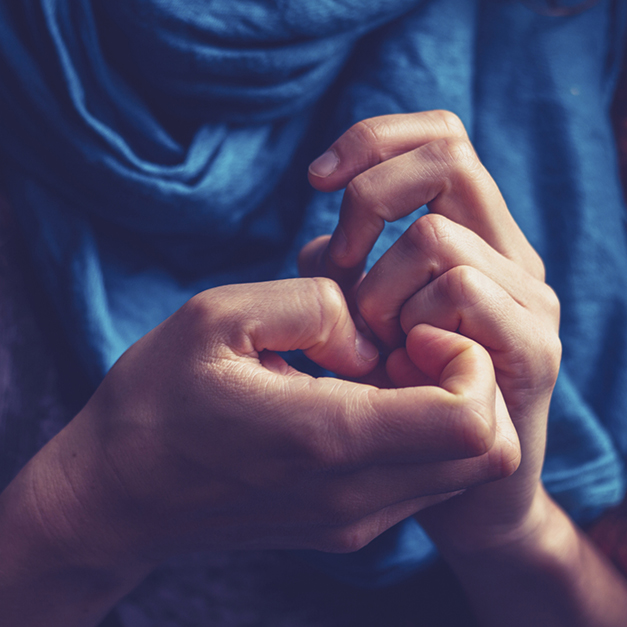 Anxiety is more often than not self-inflicted. I procrastinated in writing this piece until the last minute, regardless of the fact that I couldn’t wait to write it. I thought about it in the shower, at the market, on the toilet, before falling asleep, while having a conversation with a friend—everywhere but in front of my computer.

As I sit here, finally typing, my palms sweat, my ears buzz, my heart races, my mouth is dry, my breath is stuck, and it feels as if I have butterflies in my heart. I know I am safe, sitting in my home, glorified by the fact that someone wants me to contribute my words. I have my glass of water, my smokes, and my dog at my feet. I know I’m not going to have an anxiety attack. I know I am fine. I even know why I feel anxious. But none of that’s worth a shit, because I’m still sitting here scared, jumping at the noise of my radiator. I am disassociated from my body, methodically itching the back of my ear, even though it doesn’t itch. I need to put skin to skin to know I am still intact.

This is anxiety. This is what it’s like to live with anxiety. It is inescapable. It is self-propagating. It is everywhere and all the time. From the ages of eleven to seventeen I suffered from epilepsy. I was heavily medicated, at a toxic level, which made it impossible for me to learn how to do normal things. After years of extreme anxiety and fear, I woke up to a seizure-free life; I was finally better. However, my brain had been rattled, and I had fallen so far behind my peers that I lost all self-confidence.

My anxiety at this point grew; it was incredibly hard for me to accomplish the simplest of daily tasks, anything from schoolwork to mailing a letter. These were things that, up until this point, had either been done for me or been excused due to my condition. The mixture of insecurity and anxiety led to an overwhelming perfectionism about my work; I had to be better, work harder, succeed more.

The Catch-22 was that I gave up almost instantly. For example, a few years ago I forgot to do my reading for a class, and instead of admitting the truth and doing better, I told myself I wasn’t allowed that out. So I lied. I had to prove to them that I wasn’t limited by my past, and so I got myself into situations I never had to—in this case, commenting on the book I had never opened, making things up in discussion, and subsequently running out of class embarrassed. I became so ashamed of myself that I made myself drop the class.

A few days later I mentioned the incident to a classmate, who had no idea what I was talking about. I had exaggerated the situation in my head to such a degree that I threw myself under the bus for no reason. There have been many times I’ve made a truly insightful comment, and if one sentence was slightly off, then that was the sentence I lived with. The sentence I defined myself by, the single wrong thing said among ten others right. The one statement no one else remembers haunts me.

This is what I mean when I say anxiety can be self-inflicted. It grows in us, it changes our way of thinking, and it makes us feel ashamed of ourselves. Every day it makes the simplest things seem impossible to accomplish. People who live with anxiety endure a constant feeling of condemnation, guilt, and shame, self-directed and self-inflicted. Anxiety is debilitating.