Realizing the Promise of MR-Guided HIFU 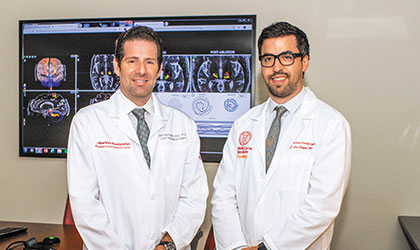 Michael G. Kaplitt, MD, PhD, a neurosurgeon and Director of Movement Disorders at the Weill Cornell Brain and Spine Center, was the first in New York to perform MR-guided high-intensity focused ultrasound (MRgHIFU), a noninvasive technology approved for use in essential tremor by the FDA in July 2016. Just three years later, Dr. Kaplitt and J. Levi Chazen, MD, a neuroradiologist who specializes in image-guided interventions, are continuing to advance potential applications of this novel therapeutic modality. “HIFU is transforming treatment by gaining access deep within the brain without harming healthy tissue, enabling surgeons to ablate targeted tissue without exposing the brain to the effects of ionizing radiation,” says Dr. Kaplitt.

“The most robust application in terms of cranial use is for essential tremor,” says Dr. Chazen. “Existing treatment options include medication as a first-line therapy and deep brain stimulation [DBS] when the tremor cannot be controlled medically. The drawback of DBS is that it requires a craniotomy and putting a probe deep into the brain. The patient also has to have a battery pack sewn under the skin very similar to a pacemaker for the heart.” 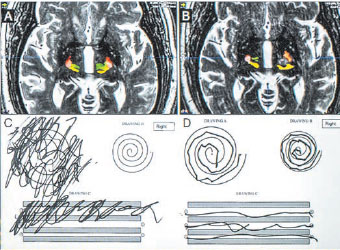 The Weill Cornell team has performed HIFU on some 50 patients with essential tremor with excellent results. “By not having hardware implanted, patients avoid such risks as infections or hemorrhage,” says Dr. Kaplitt. “Postoperative management is also dramatically reduced. In addition, HIFU exacts a permanent change in the brain, while DBS does not.”

The FDA has also approved the use of HIFU for treatment of tremor-dominated Parkinson’s disease. Weill Cornell is among 15 U.S. centers participating in a FDA clinical trial testing the safety and effectiveness of HIFU for complications of medical therapy.

Dr. Kaplitt’s laboratory has also been investigating ways to use focused ultrasound to non-invasively deliver gene therapies to specific brain regions. The researchers are now studying a device in animal models that uses a lower level of ultrasound energy. This opens up the blood-brain barrier to allow gene therapy agents and other treatments to pass through. The researchers have been able to use a simple intravenous injection of the gene therapy agents and show that the area targeted with the ultrasound will take up these agents — all performed precisely and efficiently. Eventually, says Dr. Kaplitt, scientists could study the technique’s application to a variety of neurological disorders ranging from Alzheimer’s disease to addiction.

“With this low frequency ultrasound, we can deliver cavitation energy to a specific part of the brain, open up the blood-brain barrier for a 24-hour window, and potentially deliver a medication that might not normally get into the brain,” says Dr. Chazen. “In the case of Alzheimer’s, we target the hippocampus to enable the body’s systemic immune cells to access the brain and take away some of the beta amyloid and other damaging substances associated with Alzheimer’s.”