NewYork-Presbyterian’s team of four pediatric cardiac surgeons, led by Dr. Emile Bacha, performs approximately 175 newborn heart repairs each year, making NewYork-Presbyterian the largest congenital heart defect referral center in the region. Our surgeons routinely treat some of the most complex cases, many turned away by other institutions, yet we have the lowest mortality rate in New York State for pediatric heart surgery, and one of the lowest in the country.

According to a New York State report released in 2016, from 2010-2013 (the most recent period for which data are available), NewYork-Presbyterian Morgan Stanley Children’s Hospital surgeons performed 1,558 pediatric congenital cardiac surgeries, the highest number of cases in New York State. Our risk-adjusted mortality rate for the period is 2.26 – significantly lower than the New York State expected mortality rate of 3.85. The report compiles outcomes for pediatric patients (less than 18 years old) who have surgery to correct congenital heart defects. New York is the only state in the country known to evaluate and release this kind of information for pediatric cardiac surgery. 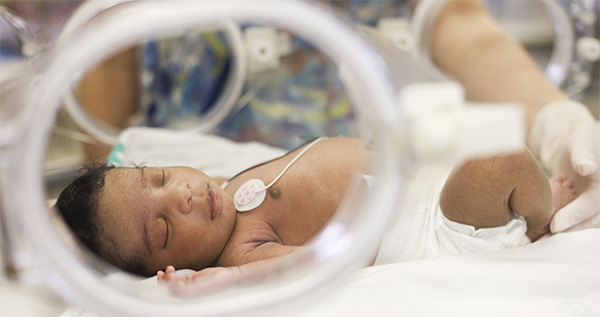 We have the lowest mortality rate in New York State for pediatric heart surgery, and one of the lowest in the nation.

To compare performance of congenital heart surgery centers, the Society of Thoracic Surgeons (STS) has assigned difficulty scores for each surgical procedure based on potential for mortality, potential for morbidity, and surgical difficulty. The procedures are scored from 1 to 5, with 5 being the most difficult. Mortality is tracked for each level. The STS Congenital Heart Surgery Database provides the most accurate information to help assess outcomes of pediatric heart surgery programs.

Cumulative survival for approximately 500 neonates at NewYork-Presbyterian Morgan Stanley Children’s Hospital requiring heart surgery 2013-2016 was more than 92 percent — and better than the STS benchmark mortality in most difficulty categories.

Overall mortality for the NewYork-Presbyterian Congenital Heart Center is lower than the benchmark, despite increasing case mix index (increasing complexity and severity of illness) at our cardiac NICU from 9.85 in 2013 to 11.7 in 2017.

A dedicated Infant Cardiac ICU differentiates the care we provide. 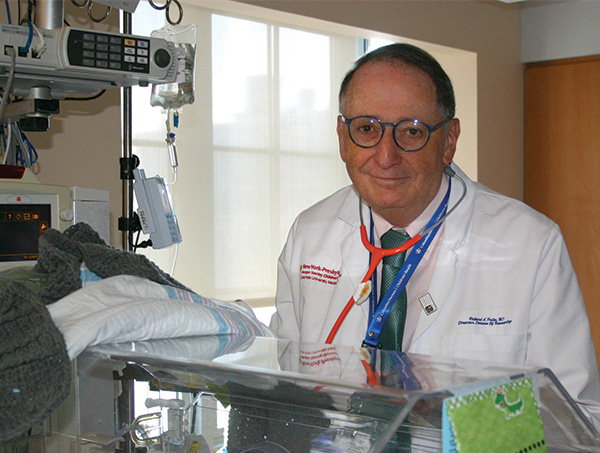 Many neonates require heart surgery within hours of birth. Because these babies differ from infants and older children not just in size, but also in the physiology of their maturing organs and systems, we believe they require unique and differentiated care. The Vivian and Seymour Milstein Family Infant Cardiac Intensive Care Unit, a state-of- the-art unit dedicated solely to infant cardiac care (0-3 months), is the first-of-its-kind facility in the United States.

Primarily premature or low birth weight newborns, these patients not only need expert surgeons able to operate on such tiny patients, but also require specialized life support technology, tiny tools, and a multidisciplinary team prepared to handle these intricate and complex challenges. From beds to medical and surgical equipment, all resources are designed for the smallest of patients. This includes specialized machines and assist devices that replace the function of the heart and lungs, such as the Berlin Heart and the ECMO (extracorporeal membrane oxygenation) machine, and 3-D printing to help guide surgery. We are also one of the few institutions in the world offering continuous renal replacement therapies such as continuous veno-venous hemofiltration (CVVH) and neurologic monitoring to the smallest patients.

By focusing exclusively on neonates with cardiac disease, we feel we have developed unsurpassed expertise in the care of low birth weight and premature babies.

Though neonates comprise approximately 25 percent of the congenital heart surgeries in the United States, the mortality rate is approximately 9 percent – three times higher than infants, the next largest surgical category.

By focusing exclusively on neonates, rather than the whole age spectrum, we feel we have developed unsurpassed expertise in the care of newborns with heart disease, particularly those who are premature and of low birth weight and those born with multiple anomalies. 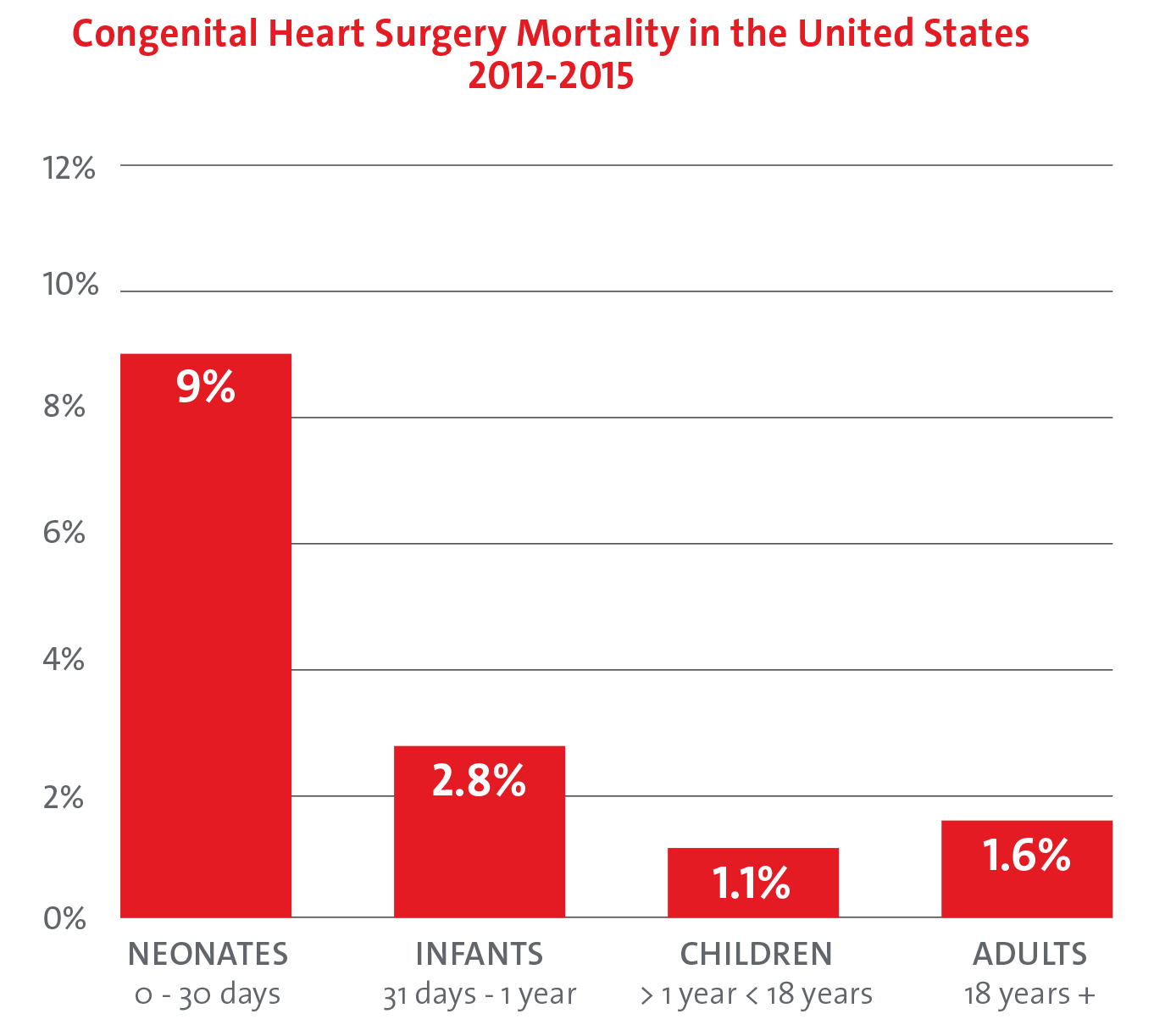