Fibroids — noncancerous growths on the uterus — are among the most common health problems women face during childbearing years. While not life-threatening, fibroids can seriously impact health, fertility, and quality of life.  NewYork-Presbyterian offers comprehensive and multidisciplinary programs for the diagnosis, treatment, and management of fibroids. Blending the expertise of our physician specialists with the most advanced therapies and all of the resources available at our two renowned medical centers — Columbia University Irving Medical Center and Weill Cornell Medicine, our comprehensive fibroid programs provide women with the best treatment options tailored to their specific condition, symptoms, and reproductive goals. 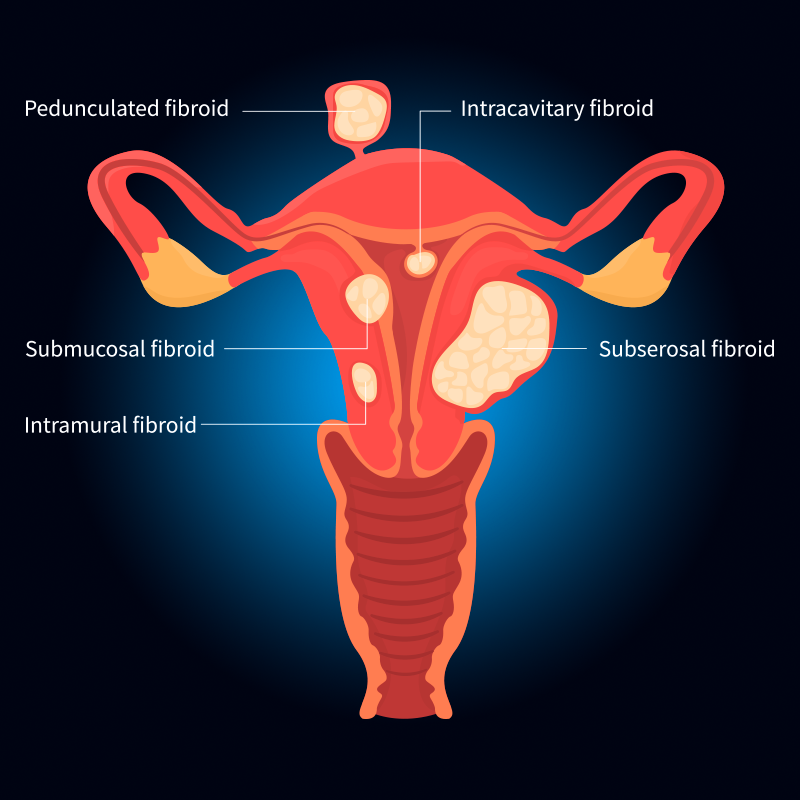 Uterine fibroids, also called uterine myomas or leiomyomas, are benign (noncancerous) tumors that develop from the muscle tissue of the uterus. The cause of uterine fibroids is not well understood, and a variety of factors have been examined, including ethnicity and age of the first period. Also, the sex hormones estrogen and progesterone play an important role in the growth of fibroids.

Fibroids may be as small as a pea and as large as a grapefruit. The size, amount, and location of fibroids can have different effects on women. Common symptoms include: 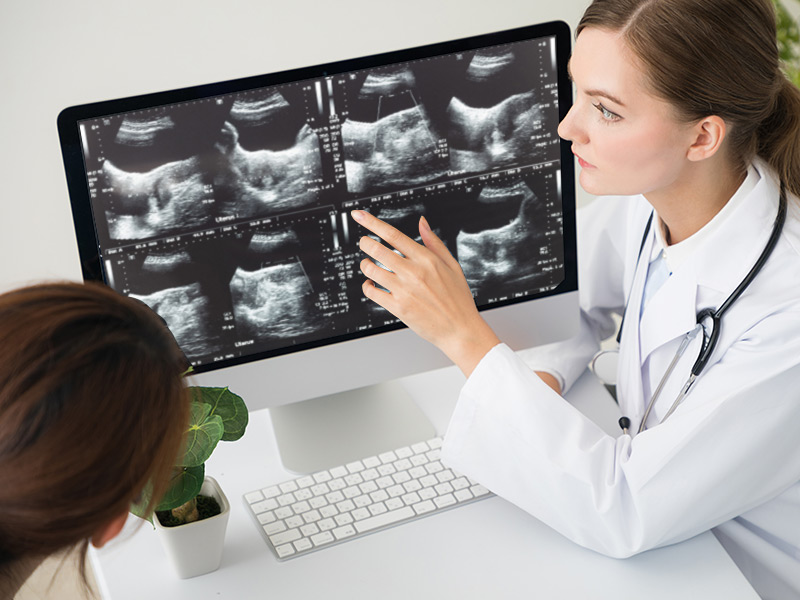 Early diagnosis and treatment by expert gynecologists can significantly help improve symptoms and reduce future health and fertility problems for all patients with fibroids.

Various risk factors can increase a woman's risk of developing fibroids, including: 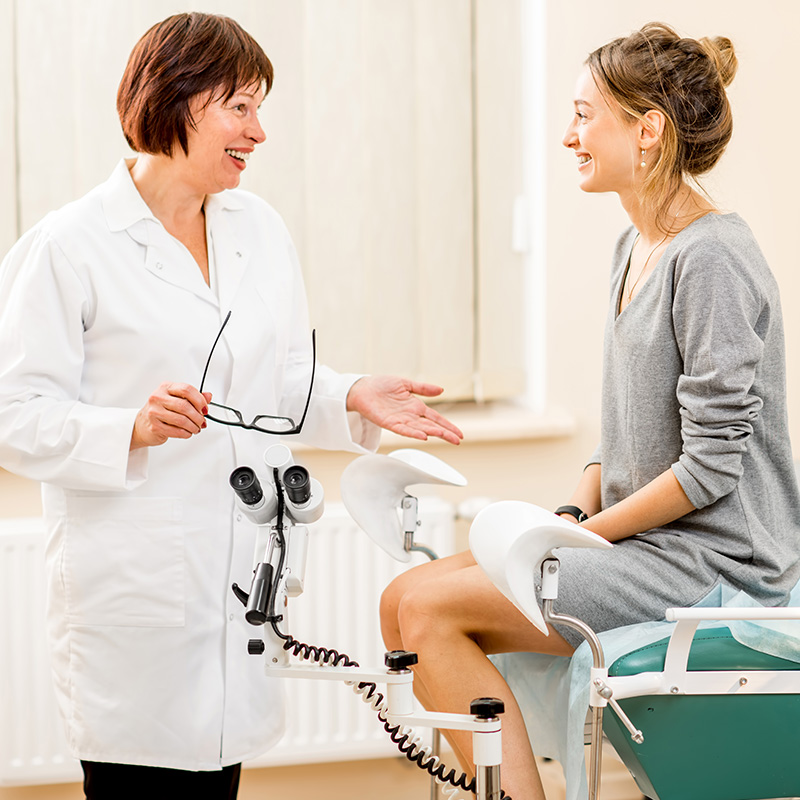 Advancing the field through research

Our approach to care

How We Diagnose and Treat Fibroids

Many fibroids complications can be minimized by addressing them earlier as it is much more challenging to manage large fibroids in patients who wish to become pregnant. There are many factors involved in deciding when to pursue diagnosis and treatment, such as the individual’s symptoms, the extent and location of the fibroids, and her childbearing goals.

If you have signs or symptoms of fibroids, you'll have an extensive evaluation by our team of medical and surgical experts. You may undergo series of imaging tests to confirm that you have fibroids. These tests may include ultrasound, magnetic resonance imaging (MRI), and hysterosalpingogram (HSG), which involves injecting x-ray dye into the uterus and taking x-ray images, or a sonohysterogram, which involves injecting water into the uterus and taking ultrasound images.

If you have symptoms, our physicians will discuss the best way to treat your fibroids based on your health and lifestyle factors. These treatment options may include watchful waiting, medical therapies, surgical treatments, interventional treatments, and lifestyle recommendations for diet and exercise.

If you have fibroids and have mild symptoms, your doctor may suggest taking medications:

At NewYork-Presbyterian, our experienced gynecologic surgeons collaborate with our highly skilled staff to provide the highest level of care before, during, and after surgery.

Depending on the type of fibroid and its location, the following surgical treatments may help you:

If fertility is not an issue, some patients can opt for uterine fibroid embolization, in which particles are delivered through a catheter inserted in the groin or wrist and guided into the blood vessels that feed fibroids to cut off their blood supply and cause them to shrink.

Our team is committed to giving patients with fibroids comprehensive, ongoing care to enable them to live the best quality of life.  Depending on your individual needs, your long-term care may include periodic evaluations to review your symptoms and monitor the fibroid with abdominal and pelvic examinations. Fibroids are likely to grow until a woman reaches menopause, and treatments can be offered throughout a woman’s lifetime.

Our expert gynecologic surgeons are renowned for their skill in laparoscopy and robotic-assisted surgery to treat the most complex and challenging gynecologic conditions. As leaders and innovators in the field, they work collaboratively to develop and refine minimally invasive techniques that ease patients' recovery with fewer complications. These include the ever-growing application of the use of robotics in fertility-sparing and fertility-enhancing surgery to treat fibroids.

Fibroids can impact fertility and childbirth by disrupting the endometrial (inner lining) cavity of the uterus, where menstruation originates and a fertilized egg implants. Even if an individual can conceive, fibroids can continue to grow because of pregnancy hormones' influence. This growth can result in pain, cause a miscarriage, or lead to early or obstructed labor requiring a cesarean section.  Our gynecologists work closely with gynecologic surgeons and reproductive endocrinologists to formulate a plan to optimize fertility and enable women to carry a pregnancy.

The latest guidelines for the tests, screenings, and exams women need at all stages of life. 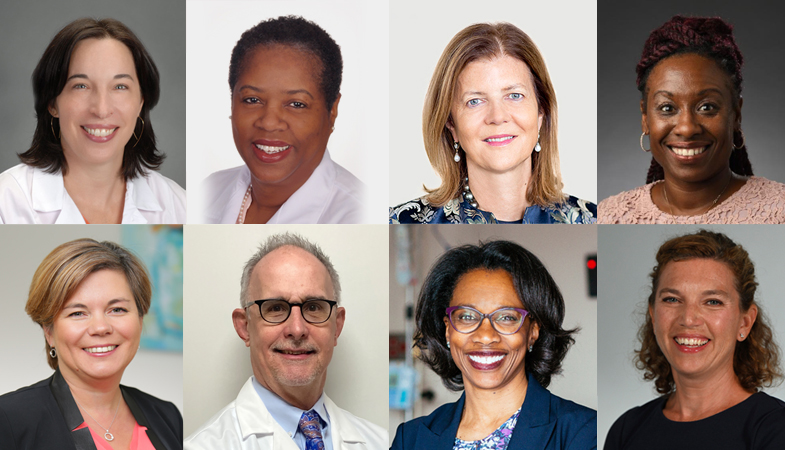 Recognized for High Standards of Care 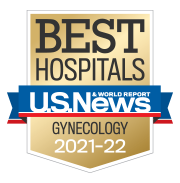 U.S. News & World Report has ranked NewYork-Presbyterian Hospital among the best in the nation for gynecology. 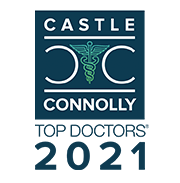 NewYork-Presbyterian has more doctors named to ‘Top Doctors’ than any other hospital in the United States. 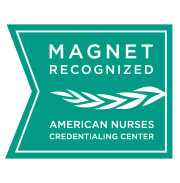 Our Providers are Conveniently Located in Manhattan, Queens, Brooklyn, & Westchester:

Get care from our specialists in fibroids