The Reverend Jon A. Overvold 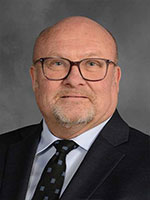 The Reverend Jon A. Overvold is the manager of Pastoral Care and Education at New York-Presbyterian /Weill Cornell Medical Center. Before joining NY Presbyterian he was the Senior Director of Mission and Spiritual Care at NYU Langone Health and was the Corporate Director of System Chaplaincy Care at Northwell Health. Jon is a Board Certified Chaplain with the Association of Professional Chaplains since 1999. He is the President-Elect of the Association of Professional Chaplains and has served APC as a board member and Chair of the Quality and Research Committee. He was co-chair of the task force which wrote Standards of Practice for Professional Chaplains in the Acute Care Setting in 2009.

Jon received his BA in History from Pacific Lutheran University. He received his Master’s of Divinity at Luther Theological Seminary in St. Paul, MN. He is an ordained minister in the Evangelical Lutheran Church in America. 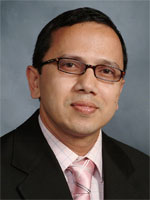 Sheikh Muhammad Ali is a chaplain serving the Muslim community of NewYork-Presbyterian/Weill Cornell. Born in Bangladesh, he received two master’s degree in Islamic theology and social science from Dhaka University. He also went on to complete a master’s program in international relations at the City University of New York. Ali leads the weekly Juma prayer at the hospital. He speaks several languages, including Bengali, Urdu, Hindi, and Arabic. 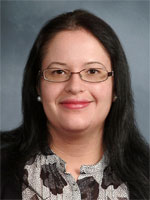 Karen Berdecia is an administrative assistant in the Pastoral Care department at NewYork-Presbyterian/Weill Cornell. She holds a bachelor’s degree from Hunter College. Karen provides administrative support to the chaplaincy team, as well as maintaining the efficiency of the office. She handles patient and staff requests for spiritual support and assists the chaplains in publishing the department's services. Karen also serves as the CPE co-registrar, processes CPE applications, manages the interview schedule, and works in close collaboration with CPE supervisors.

Ingmar F. Ludwig is a chaplain at NewYork-Presbyterian/Weill Cornell and Lower Manhattan Hospital. He holds a Master of Divinity in Theology from Leipzig University in Germany and a master’s degree in Spiritual Counseling and Pastoral Care from Fordham University. He completed his undergraduate studies at Humboldt University in Berlin.

A Germany native, Chaplain Ingmar is a German Lutheran Christian who serves as a multi-faith chaplain. In the past, he focused on working with children and parents at the Morgan Stanley Children Hospital. Currently, he works with cancer patients and is journeying toward his BCCI board certification.

The Rev. James R. O'Connell, OFM is a Roman Catholic priest. He is a member of the Order of Friars Minor (Franciscans Friars of Holy Name Province). He received his BA from Siena College and his M. Div. and M.A. in Counseling from The Washington Theological Union and New York University. He has served as pastor, university chaplain and as a member of the Pastoral Care Departments of The Massachusetts General Hospital and the former St. Vincent's Hospital in New York City. 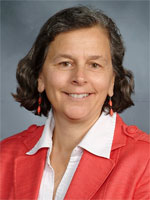 Chaplain Jean Walsh is a board certified chaplain (APC), specializing in palliative care at New York-Presbyterian/Weill Cornell. She holds a Master of Divinity degree from New York Theological Seminary. Chaplain Walsh is a Level III Reiki practitioner and provides Reiki upon request. Before working in the healthcare setting, she lived in Latin America for ten years, where she worked in community development and human rights. She is fluent in Spanish. She is an ordained minister of the United Church of Christ.