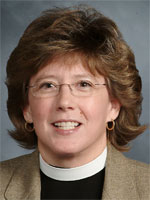 Certified by the Association for Clinical Pastoral Education, Dr. Glover has provided spiritual guidance to patients and families in several hospitals throughout New York City, and ministers in Northern New Jersey. She is canonically resident in the Episcopal Diocese of Newark.

Dr. Glover has also done extensive training in modern group psychoanalysis and family systems theory with Rabbi Edwin Friedman and Monica McGoldrick. She is currently enrolled in a religious education doctorate program at Fordham University, where she is a member of the Phi Kappa Phi Honor Society (the only all disciple honor society). 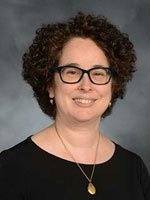 Rabbi Mychal B. Springer is the manager of Clinical Pastoral Education at NY-Presbyterian Hospital. She founded the Center for Pastoral Education at the Jewish Theological Seminary (JTS) in Manhattan in 2009. Over a ten year period she oversaw an intensive hospice chaplaincy training program in collaboration with Metropolitan Jewish Health System’s Hospice.  She began her career as a hospital chaplain in New York City, and in the 1990s became the director of the Department of Pastoral Care and Education at Beth Israel Medical Center. Mychal was the first Conservative rabbi to be certified as an Educator by the Association for Clinical Pastoral Education (ACPE). Mychal served as The Rabbinical School at JTS’s associate dean and director of Field Education.