PlaNYC is Mayor Bloomberg's effort to prepare New York City for one million more residents, strengthen our economy, combat climate change, and enhance the quality of life for all New Yorkers. The plan strives to establish a greener, greater New York.

At year end 2012, four universities and one hospital reached their 30% reduction goal. NewYork-Presbyterian Queens is the first hospital to achieve the 30% carbon emissions reduction goal. The goal was reached in three years time. Mayor Bloomberg has labeled these facilities "early achievers". A press conference was held on April 18, 2013 to recognize these achievements and to announce the next phase of the carbon challenge program, the commercial building sector.

"The Mayor's Carbon Challenge is a forward-thinking program that encouraged NewYork-Presbyterian Queens to accelerate its sustainability efforts. By reducing our environmental impact, we help our buildings and our planet get healthier, which supports the health and well being of our patients and our community." - Kevin Mannle, Associate Vice President for Facilities Management, NYP Queens

To see a full report on the Mayor's Carbon Challenge click on the link below. The 2013 progress report provides details on the carbon challenge, success stories, and a profile of the five early achievers.

As of December 2012, NewYork-Presbyterian Queens has achieved a 31% reduction in carbon emissions. 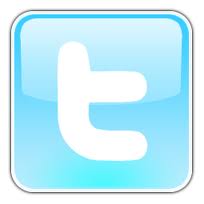