You can buy just about anything in a pharmacy these days, from medications and grooming supplies to milk and eggs. For Ron Wuaten, 37, a visit to a local pharmacy probably saved his life.

Tuesday, March 27, 2018, started out like any other day for Ron, who commutes from his apartment in Queens to his job as an information technology specialist in Manhattan’s downtown financial district. As he climbed up the subway steps, however, he was gasping for his next breath. “I felt like I was drowning. Something was definitely off,” he recalled.

After arriving at work, a colleague’s wife, who is a nurse, recommended he go to his local pharmacy. He walked to a nearby Duane Reade at 40 Wall St. An employee there showed him to a private room, where he logged on to an NYP OnDemand Kiosk. It is one of several telemedicine kiosks available at select Duane Reade stores throughout Manhattan and enables users to conveniently and privately connect with a board-certified emergency medicine physician.

The kiosk prompted Ron to use its devices to take measurements such as blood oxygen level and body temperature. Within a few minutes, Dr. Rahul Sharma, Emergency Physician-in-Chief at NewYork-Presbyterian/Weill Cornell Medical Center, appeared on the screen. He asked Ron some questions and performed a virtual physical exam using the webcam. Dr. Sharma’s conclusion: Ron should go to the emergency room at NewYork-Presbyterian Lower Manhattan Hospital right away.

Although just a six-block walk from the pharmacy, Ron found the distance to be a struggle. “I had to stop three times and was completely winded. I had to sit on a hydrant at one point to catch my breath,” he explained. When he arrived at the Emergency Department, they were waiting for him: Dr. Sharma had contacted the team there ahead of time. They slipped an ID bracelet on his wrist and quickly ushered him back to a bed, where they began more tests.

Ron was surprised to learn he had a bevy of diagnoses: congestive heart failure, fluid in his lungs, high cholesterol, high blood pressure, and type 2 diabetes. “I hadn’t seen a doctor in over eight years because I felt fine and didn’t think anything was wrong,” he said. “Boy, was I wrong!”

Ron was treated by emergency medicine physician Dr. Gena Won, who decided that he needed to be admitted to the hospital. He was cared for by hospitalist Dr. Justin Choi, to lower his blood pressure, clear the fluid from his lungs with a diuretic, and determine which medications would be best for him to use going forward. A nutritionist also met with him to educate him about changing his diet to improve his health. He left the hospital that Thursday, recovering over the weekend at his parents’ house in Scranton, Pa. “I left the hospital with a boatload of medicines and a new outlook on life!” Ron noted.

That new outlook has resulted in a 40-pound weight loss and better choices at mealtimes. “I used to put extras of everything on everything I ate at every meal,” he remembered. “Now I might have fruit salad for breakfast, salmon at lunch, and maybe a salad with chicken for dinner. I’m also spending more time with my parents. I want to see them more since this happened.”

He credits his interaction with Dr. Sharma and his care team at NewYork-Presbyterian for restoring his future. “All of the doctors and nurses were so supportive and explained things so well,” he concluded. “The entire process was amazing. If I’d known I needed that care and was going to be treated that well, I would have gone a lot sooner!” 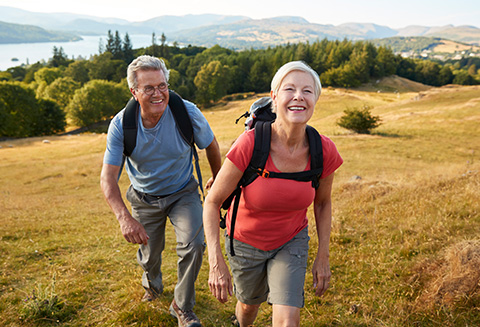 Take it easy on your joints this summer 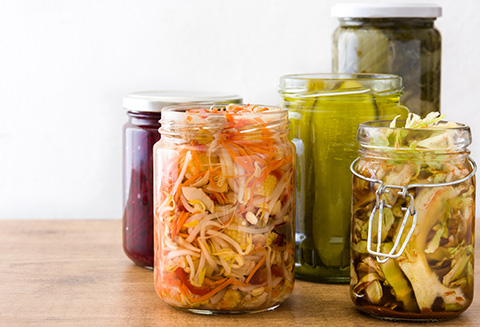 Pick your probiotic: Does your gut need more good bacteria? 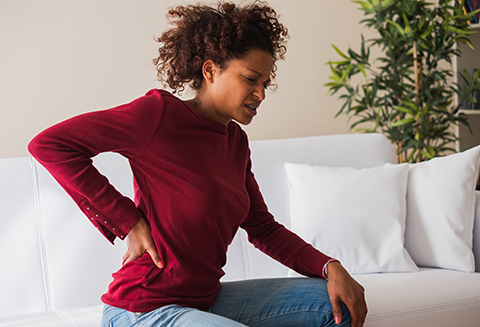