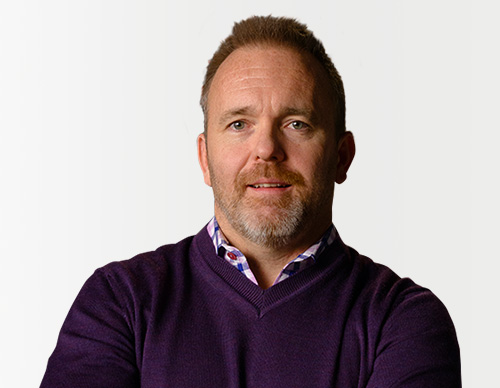 I was treated as Kieran Holohan, not as yet another leukemia patient.

"Precision medicine" is a term you hear more and more these days – even in the 2015 President's State of the Union address. Kieran Holohan is a living example of precision medicine in action. Diagnosed with Acute Myeloid leukemia (AML), he was given a 30% chance of survival, and that only after a painful and risky bone-marrow transplant. When he went to NewYork-Presbyterian, Dr. Gail Roboz took a different approach. Genetic tests revealed that Kieran's AML had a rare mutation that would let him avoid a bone transplant yet still effectively treat his leukemia. As Kieran puts it, "NewYork-Presbyterian asked the right questions. And the answers were there. They did it by throwing the playbook out the window." In January 2015, Kieran celebrated 5 years of being cancer free.