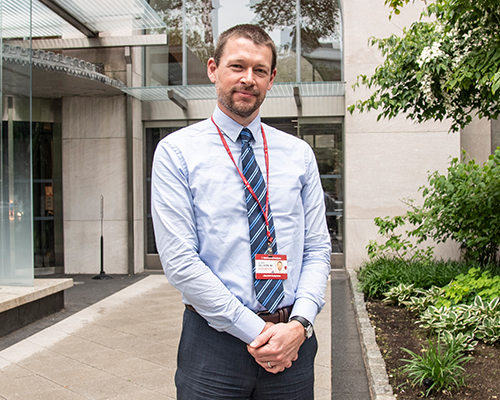 Alfred C. Gellhorn, MD, Director of Sports Medicine for the Department of Rehabilitation Medicine at NewYork-Presbyterian/Weill Cornell Medical Center, like many other physicians in various specialties, was redeployed to help care for patients with COVID-19. As admissions declined in the late spring, the focus shifted to planning for patients who had recovered from the acute phase of the illness and were now going home. To address any functional deficits that would remain, Dr. Gellhorn spearheaded the development of a comprehensive two-pronged rehabilitation program for recovering patients, in collaboration with Farah Hameed, MD, a physiatrist at NewYork-Presbyterian/Columbia University Irving Medical Center, and colleagues in the Department of Rehabilitation at both Columbia and Weill Cornell. Their first step was to develop the Recovering from COVID-19: A Patient Guide, which would begiven to each patient upon discharge.

“Patients needed to know about their illness and the problems they would likely encounter during recovery, such as breathing issues, so we focused on pulmonary rehabilitation, as well as other exercises they could do to rebuild their strength and stamina,” says Dr. Gellhorn. 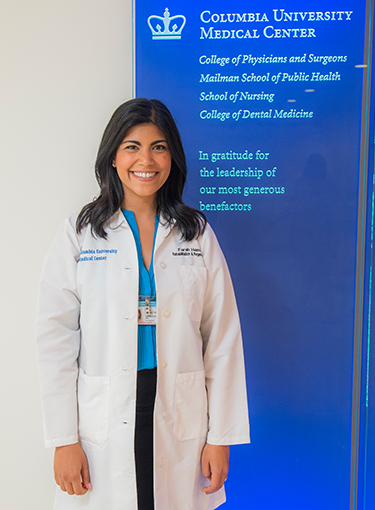 “Many of these patients were truly on the brink of death, and their recovery could be very prolonged,” says Dr. Hameed. “A number of patients were still oxygen dependent and shortness of breath was something that a lot of patients complained of. Sometimes that is a late and limiting step in a patient’s recovery and ability to take care of themselves.”

The guide, which has been widely distributed at healthcare systems throughout the country, also has a section devoted to mental health. “Mental health issues are a part of this particular illness that I think is unlike many other diseases, largely related to the isolation that the patients have had in their hospital rooms,” says Dr. Gellhorn. “Providers could only spend minimal time with them and when they did, their faces were covered. The patients couldn’t see their families. Many came out of the hospital with symptoms of anxiety, depression, and PTSD. At home, they remained isolated and quarantined from their family. That’s something that no one counted upon, that the lack of human interaction was going to be so powerful.”

“When doctors or nurses came in the room, they were in full gown, head to toe,” adds Dr. Hameed. “Patients were at the hospital for several days to weeks and all they saw were goggles and eyes. Many of the patients I’ve seen have a positive attitude and are feeling very grateful to be home with their loved ones but were having high levels of anxiety.”

The collaborative Weill Cornell/Columbia rehabilitation recovery program also includes a Telehealth Clinic for monitoring patients’ progress and addressing any issues that arise. “We developed the program and rolled it out in just two weeks because the demand was so high,” says Dr. Gellhorn. “This is generally an older group of patients who are not typically focused on technology, and so setting up video visits for them initially took some time. Now a dedicated person in our office calls the patient ahead of time to make sure the connection is working.”

Patients are evaluated by a physician soon after discharge, going through a number of domains where there are likely functional impairments, including muscular deconditioning, pulmonary function, and neurologic issues that arise, including cognition.

According to Dr. Hameed, common patient complaints include neuropathies that result from positioning in the ICU, as well as nerve compression and brachial plexopathy. “We also screen for mental health problems and call in a psychologist,” she says. “A cognitive specialist sees patients who are having issues with memory executive functioning, problem solving, and thinking through higher level problems. We also offer virtual services for physical therapy to work on breathing exercises and strengthening exercises to allow patients to feel more functional in using their legs and going up and down stairs.”

“Many times, whole family units had the disease at the same, so I would have telehealth visits with multiple family members all recovering at home together,” says Dr. Gellhorn. “It’s not always what you would expect. You have a grandfather who is 80 years old with heart disease and diabetes and he’s recovered fine. And his daughter who is 40 and otherwise healthy was intubated and had a horrible course and having a harder time recovering. It’s shocking that family members can be so widely affected in such different ways.”

Dr. Gellhorn appreciates the value of telemedicine, particularly for older patients with pre-existing medical conditions who are very concerned about leaving their house. “They’re happy to have a video visit option,” says Dr. Gellhorn.