The NewYork-Presbyterian Congenital Heart Center Program for Pediatric Cardiomyopathy, Heart Failure, and Transplantation brings together a wide range of pediatric heart specialists to care for children with complex congenital heart disease and severe heart disorders such as cardiomyopathy and other causes of advanced heart failure. A combined program of the pediatric centers of NewYork-Presbyterian Morgan Stanley Children’s Hospital and NewYork-Presbyterian Komansky Children’s Hospital, your child is in the expert hands of a team renowned for excellence in pediatric cardiology and cardiac surgery and committed to providing our patients with the safest, most advanced techniques available to extend survival and improve quality of life. 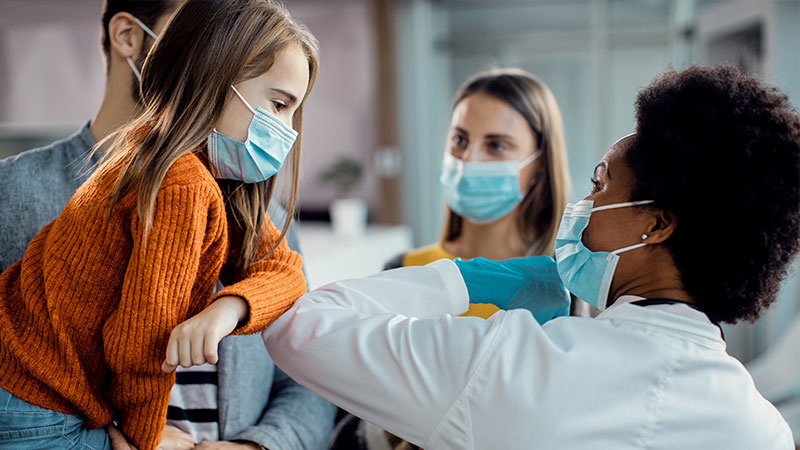 Cardiomyopathy is a disease in which there is an abnormality of the heart muscle. As a result, the muscle may become weak, thick, thin, or stiff. The disease affects the lower pumping chambers (ventricles) of the heart, and may cause the heart to fail to pump blood well enough to meet the body’s needs.

Cardiomyopathy has many possible causes. There may be no known cause (idiopathic cardiomyopathy). The disease can have a genetic cause, meaning that a gene mutation is passed down through families. It can also result from infection (myocarditis) or a more generalized disease (such as metabolic syndrome, muscular dystrophy or collagen vascular disease). Finally, toxic agents such as chemotherapy drugs can be another identifiable cause of cardiomyopathy in children and adolescents. Cardiomyopathy can be diagnosed at any point throughout infancy, childhood and adolescence, and may even be diagnosed prenatally.

Several different types of cardiomyopathy exist, and the specific symptoms of each type vary from person to person. In some affected individuals, no symptoms may be present (asymptomatic). However, in many people, cardiomyopathy is a progressive condition that may impair the heart’s ability to pump blood. Other symptoms include fatigue, irregular or rapid heartbeats (tachycardia), and, potentially, heart failure, which can lead to death.

The four types of cardiomyopathy are:

Symptoms of cardiomyopathy in older children include:

Supporting Your Child’s Heart Through the Age Span

We specialize in caring for children with all types of cardiomyopathy and heart failure. Our pediatric cardiologists closely collaborate with pediatricians, pediatric heart surgeons, pediatric anesthesiologists, critical care and cardiovascular support specialists to create a customized care plan for your child.

Continuity of Care from Infancy to Adulthood

One vital aspect of our program is continuity of care. Our team cares for our patients both in our outpatient offices and when admitted to the hospital. If a child with cardiomyopathy ultimately needs a heart transplant, available at NewYork-Presbyterian Morgan Stanley Children’s Hospital, the same team continues to provide seamless care, giving the family and child much-needed continuity. With the proper cardiomyopathy and heart failure management, many children may never need a transplant.

As a result of over 35 years of successful pediatric heart transplantation, the heart transplant team at NewYork-Presbyterian Morgan Stanley Children’s Hospital is uniquely poised and committed to providing ongoing care to our patients. Many patients are transplanted at less than one year of age, and our team cares for them until they are young adults, after which they transition to our adult cardiologist colleagues. Through our multidisciplinary transition of care program, we actively collaborate with the adult practitioners to make the process of transition to adult care as seamless as possible. We take extreme pride in watching our patients flourish and attain their dreams.

The Pediatric Cardiac Intensive Care Unit serves the needs of critically ill infants, children, and adolescents in need of specialized heart care, including those recovering from a heart transplant. This specialized unit is staffed by a highly skilled team of intensivists from multiple subspecialties, including anesthesiology, pediatric cardiology, pediatric heart surgery, neonatology (newborn care) and critical care.

As a parent, only you can provide important information about your child, especially how they were before becoming ill, and how they are feeling now. You can also help other team members shape your child's personalized treatment program based on your child's physical, emotional, and practical needs. Your input is critical for making final decisions regarding your child's care and our multidisciplinary team is here to work alongside you and your family to achieve the greatest possible outcomes for your child.

U.S. News & World Report has ranked NewYork-Presbyterian among the top pediatric cardiology and heart surgery programs in the country, reflecting our reputation and excellent outcomes, the expertise of our pediatric heart care teams, our high volume of cases, and other data related to patient care.

NewYork-Presbyterian Morgan Stanley Children’s Hospital is one of the largest and most successful pediatric heart transplant centers in North America and the world – due to the dedication and expertise of our heart transplant team, the use of assist devices in managing heart failure, and the application of novel immunosuppression protocols.

The pediatric heart specialists at NewYork-Presbyterian Morgan Stanley are leaders in research on cardiomyopathy, heart failure treatment, and transplantation to advance knowledge and improve care for these conditions.

The pediatric heart specialists at NewYork-Presbyterian Morgan Stanley physicians are leaders in research on cardiomyopathy, heart failure treatment, and transplantation to advance knowledge and improve care for these conditions.