NewYork-Presbyterian Brooklyn Methodist Hospital has received significant recognition in the form of awards, prizes and special accreditation and certifications. Some of these include: 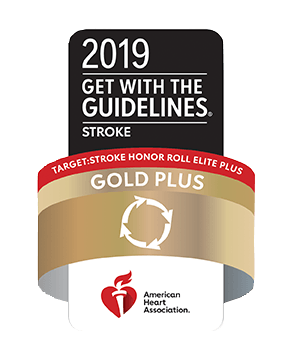 Our stroke program has earned the American Heart Association/American Stroke Association Get With The Guidelines®-Stroke Gold Plus award as well as a spot on the Target: Stroke Honor Roll Elite Plus.

Hospitals receiving Get With The Guidelines® Gold Plus Achievement Award have reached an aggressive goal of treating patients with 85 percent or higher compliance to core standard levels of care as outlined by the American Heart Association/American Stroke Association® for 2 consecutive calendar years. In addition, those hospitals have demonstrated 75 percent compliance to (four out of ten heart failure quality measures or seven out of ten stroke quality measures) during the 12-month period.

The Commission on Cancer (CoC), a quality program of the American College of Surgeons (ACS) granted Three-Year Accreditation to the cancer program at NewYork-Presbyterian Brooklyn Methodist Hospital. To earn voluntary CoC accreditation, a cancer program must meet 34 CoC quality care standards, be evaluated every three years through a survey process, and maintain levels of excellence in the delivery of comprehensive patient-centered care. Learn more about the award here.

For the eighth time, NewYork-Presbyterian Brooklyn Methodist Hospital was named a "Consumer Choice Award Winner" by the National Research Corporation. The Consumer Choice Award identifies the top hospitals that healthcare consumers have chosen as having the highest quality and image in markets throughout the U.S. Winners are determined by consumer perceptions on multiple quality and image ratings collected in the company's Market Insights survey.

NewYork-Presbyterian Brooklyn Methodist Hospital was listed for the second consecutive year as one of the "100 SafeCare Hospitals" by the SafeCare Group. The SafeCare Group made its selection for SafeCare hospitals based on the Triple Aims of Excellence in healthcare - Quality, Patient Safety and Efficiency of Care. The process was comprehensive with analysis of data from over 4,500 hospitals, throughout the United States, in over 30 measures. Only the top 100 best hospitals were selected. Learn more about the award and the SafeCare group here.

A Center Of Excellence in Weight Loss Surgery

The American College of Surgeons Metabolic and Bariatric Surgery Accreditation and Quality Improvement Program has designated NewYork-Presbyterian Brooklyn Methodist Hospital as a “Comprehensive Center with Adolescent.”

The Diabetes Education and Resource Center at NewYork-Presbyterian Brooklyn Methodist Hospital has been recognized by the American Diabetes Association as meeting the National Standards for Diabetes Self Management Education and Support. Learn more about the ADA Education Recognition Program here.

NewYork-Presbyterian Brooklyn Methodist Hospital was recently certified by the Healthcare Information and Management Systems Society (HIMSS) as an Electronic Medical Record Adoption Stage 7 IT Hospital. This is a distinction shared by fewer than five percent of hospitals around the country.

Read the press release about this distinction here.