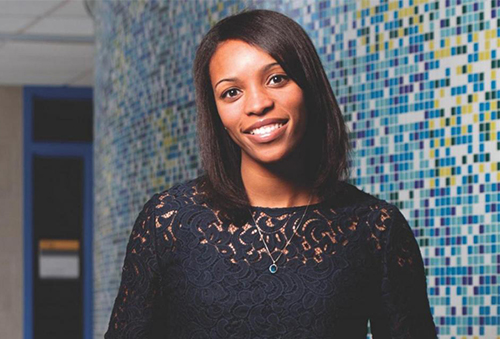 As a child, Stephanie Lovinksy-Desir, MD, MS, suffered episodes of asthma and numerous visits to doctors and emergency departments. These childhood experiences ultimately informed her desire to become a pediatric pulmonologist and today Dr. Lovinsky-Desir is Director of the Division of Pediatric Pulmonology at NewYork-Presbyterian Morgan Stanley Children’s Hospital and Columbia. Her passion for treating children with asthma, particularly those from disadvantaged communities, also extends to her research in understanding and addressing the environmental factors that contribute to childhood asthma. Most recently, Dr. Lovinsky-Desir contributed to a study on the association of bullying with the prevalence of lifetime childhood asthma in children and adolescents in the United States and whether this relationship varies with the sex of the child and certain socioeconomic indicators.

In recent years, much has been learned about the harmful physical and emotional effects of bullying, also known as peer victimization. According to studies, some 50.2 percent of children ages 9 to 12 years have reported being bullied, and 35 percent of adolescents between the ages of 12 and 18 years were involved in bullying as either the perpetrator or victim. Children from poor urban neighborhoods and those with low socioeconomic status are at an increased risk of bullying.

Research has shown that children with asthma are vulnerable to bullying, perhaps because they are perceived as victims due to having a chronic disease. Studies indicate that stress can bring on increased inflammation and airway obstruction, creating circumstances conducive to asthma exacerbation. Additionally, stress can increase asthma symptoms by decreasing the response to medications such as inhaled steroids and beta-2 agonists.

Dr. Lovinsky-Desir supported her colleagues in epidemiology, biostatistics, and environmental and public health at CUNY in a secondary analysis of data from the 2018 National Survey of Children’s Health with 19,766 participants aged 6 to 17 years. They examined the association between bullying and lifetime childhood asthma before and after controlling for select covariates and tested interactions of bullying with sex and select socioeconomic indicators.

Their findings, which were published in the February 21, 2022, online issue of Annals of Epidemiology, showed:

In conclusion, the researchers determined that children who experienced bullying had a greater probability of having asthma relative to those who never experienced bullying. They also highlight the impact of psychosocial stressors on asthma as a nontraditional trigger in children with asthma, and that asthma prevalence appears to increase with the frequency of bullying.

Studies such as this provide important information for primary care physicians and school health providers and educators when confronting the bullying of children with asthma. Dr. Lovinsky-Desir notes that especially when treating a child with refractory asthma, physicians should make a point of asking if they have been bullied or if they are involved in bullying others.