The success of NewYork-Presbyterian Hospital is evidenced by its recognition by national publications and other groups who rank the country's top doctors and healthcare facilities.

The Hospital, one of the largest and most comprehensive healthcare delivery systems in the country, was ranked in the top five nationwide in five specialties: cardiology and heart surgery (No. 4), neurology/neurosurgery (No. 2), psychiatry (No. 4), diabetes/endocrinology (No. 5), and rheumatology (No. 4), a collaborative program with the Hospital for Special Surgery. NewYork-Presbyterian Hospital ranks in the top 50 in 14 of 15 specialties this year.

More than 250,000 leading doctors were asked to name the nation's best physicians in various specialties – those "to whom you would send members of your family."

We congratulate all the physicians included in the guide and applaud their efforts to raise the standards of medicine even higher. 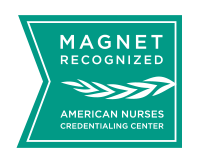 NewYork-Presbyterian Hospital has been recognized for its efforts to promote sustainability. In 2014, NYP was awarded two honors from The U.S. Environmental Protection Agency (EPA): the 2014 ENERGY STAR Partner of the Year — Sustained Excellence Award for its long-term commitment to energy efficiency and the 2014 ENERGY STAR Partner of the Year — Climate Communications Awards for its outstanding efforts to raise awareness about climate change through its sustainability initiative, NYPgreen.