With new drug development specifically targeting vasculitis being limited, Robert F. Spiera, MD, Director of the Vasculitis and Scleroderma Program at Hospital for Special Surgery, rheumatologist Lindsay L. Lally, MD, and their colleagues turned to investigating existing therapies based on mechanism of action that would seem relevant to some of the less common diseases found under the vasculitis umbrella.

“Polymyalgia rheumatica is a condition that affects about 1 percent of people over the age of 50 at some point in their lives,” says Dr. Spiera. “The good news is that it’s easily treatable, the bad news is that it is generally treated with a long course of steroids. Treatment with steroids, even at low doses in an elderly population, comes at an enormous cost in terms of morbidity, increasing, for example, the potential for skin fragility, diabetes, osteoporosis, muscle weakness, cataracts, and cognitive dysfunction.”

Seeking to find a less toxic therapy for patients with polymyalgia rheumatic (PMR), Drs. Spiera and Lally turned their attention to interleukin-6, a component of important pathophysiological pathways in PMR. In a small proof-of-concept study, they evaluated tocilizumab, a drug designed to specifically block this pro-inflammatory cytokine, to determine its potential use to treat PMR. The researchers enrolled 10 patients with newly diagnosed polymyalgia rheumatica who had received less than one month of treatment with corticosteroids. Patients were administered tocilizumab once a month by intravenous infusion in addition to corticosteroids, but were tapered off the steroids much more quickly than is done in routine clinical practice. “Within four months of trial entry, the nine patients that completed the trial were no longer on steroids, and all of them remained in relapse-free remission at 12 months, which was maintained at the 15-month follow-up,” says Dr. Spiera.

The pilot study, which was the first prospective study targeting the interleukin-6 molecule in newly diagnosed patients with PMR, suggests that tocilizumab could be a relevant drug with a robust steroid-sparing benefit in the treatment of PMR and serve as a platform for launching a larger trial that would better define the role of this drug in this disease.

In 2010, results of an NIH-funded clinical trial evaluating rituximab versus cyclophosphamide for severe ANCA-associated vasculitis were published in The New England Journal of Medicine. Dr. Spiera served as an investigator and author on the study, which showed that rituximab therapy was as effective as cyclophosphamide in inducing remission in patients, and was superior to cyclophosphamide in those with relapsing disease. “Rituximab has since made major inroads in the treatment of ANCA-associated vasculitis with regard to treating major organ complications,” says Dr. Spiera. “These patients previously could go into kidney failure or suffer respiratory failure as the result of pulmonary hemorrhage. But while rituximab works beautifully at cooling off those major disease manifestations, patients are often left with chronic grumbling sinonasal disease – a major determinant of poor quality of life. And even when these patients were treated aggressively with cyclophosphamide or methotrexate, the ENT manifestations did not seem to adequately respond.”

Dr. Spiera and others noticed in practice that patients who were prescribed rituximab also seemed to fare better in the ENT domain. Based on these anecdotal observations, he and his colleagues decided to look at this more closely in a retrospective study of 99 of their patients with granulomatosis with polyangiitis (GPA) and severe ENT disease. An otolaryngologist with expertise in GPA provided a score of ENT disease activity. Dr. Spiera and his team reviewed 975 visits among these patients.

“We found that patients who had been treated with rituximab were 11 times more likely to be in remission in that ENT domain than those treated with cyclophosphamide, methotrexate, or trimethoprim/sulfamethoxazole,” notes Dr. Spiera. “This appeared to confirm our clinical impression.” Dr. Spiera is now conducting a placebo-controlled pilot study to further evaluate the efficacy of rituximab at inducing otolaryngologic remission in GPA patients with active otolaryngologic disease.

“There’s no other disease that causes this kind of destructive sinonasal disease,” adds Dr. Spiera. “It’s a unique problem for this uncommon disease and successfully treating this manifestation is a major unmet need.”

Temporal arteritis is the most common form of vasculitis in people over the age of 50. “The disease can present with systemic and polymyalgia-like symptoms, as well as fevers, but often it presents with severe headaches and severe scalp sensitivity caused by inflammation of the blood vessels going to the head,” says Dr. Spiera. “If not properly diagnosed, patients have a substantial risk of vision loss. Like polymyalgia, temporal arteritis is very responsive to steroids. But unlike polymyalgia, it requires high doses of steroids to induce remission, and corticosteroid therapy is generally continued for about a year.”

According to Dr. Spiera, temporal arteritis is a bad disease and accurate diagnosis is elusive using temporal artery biopsy, the current standard of care. “Temporal artery biopsies are notoriously inaccurate,” notes Dr. Spiera. “Although you don’t see false positives, estimates suggest the sensitivity of the test may be as low as 60 percent. If you do biopsies on 10 patients who ultimately have the disease, as few as six of them may be positive. In Europe, researchers are looking at ultrasound to help make the diagnosis, but we felt there might be other ways to look at the biopsies that could increase our yield.” One pathway, in particular, seemed particularly relevant in the disease. “It is a pathway that is modulated by Rho kinase, or ROCK,” explains Dr. Spiera. “This is an important molecule in both inflammatory pathways and in vasculopathy. The molecule is overexpressed in diseases affecting the blood vessels.”

Dr. Spiera, Dr. Lally, and their colleagues undertook a study to explore the relationship between temporal artery biopsy results and the activity of ROCK. By staining the biopsies for pERM (phosphorylated ezrin/radixin/moesin), a surrogate for ROCK activity, a pathologist was able to create a scale that measured pERM intensity. The researchers found that using the scoring method dramatically improved the accuracy of the overall test. 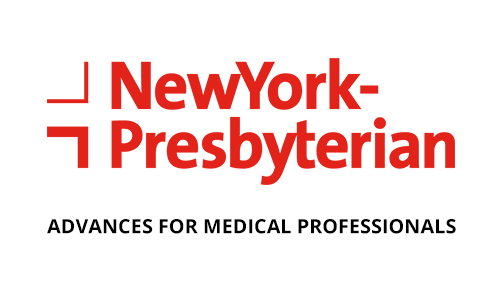 Identifying the Potential for Infections in Lupus

Lupus is a very complex disease that tends to affect young women who are in the prime of their lives. Along with coping with this lifelong disease, they are also prone to developing infections.
Learn More