Furthering Awareness in Recovery of Consciousness

During the past two decades, significant advancements have been made in understanding the mechanisms underlying disorders of consciousness (DoC) caused by severe brain injuries. Neurologists and critical care medicine specialists at NewYork-Presbyterian/Columbia University Irving Medical Center and NewYork-Presbyterian/Weill Cornell Medical Center offer highly specialized expertise to promote the best outcomes.

In the 1960s, the pioneering research of Fred Plum, MD, advanced the understanding of consciousness and the care of comatose patients. His influential studies improved the diagnosis and treatment of patients who lose consciousness from head injuries, strokes, metabolic disorders, and drug overdoses. 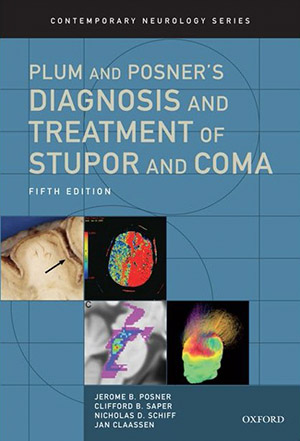 In 1966, Dr. Plum and Jerome Posner, MD, published The Diagnosis of Stupor and Coma that proved to be a seminal text. At the time, Dr. Plum was serving as Neurologist-in-Chief and subsequently Chairman of the Department of Neurology and Neuroscience at NewYork-Presbyterian/Weill Cornell – a position he held for 35 years. Dr. Posner was completing a biochemistry fellowship at Harborview Hospital in Seattle, where Dr. Plum served as Chairman of Neurology at the University of Seattle. When Dr. Plum relocated to Weill Cornell, Dr. Posner joined him there shortly thereafter.

Today, Jan Claassen, MD, Chief of the Division of Critical Care and Hospitalist Neurology and the Medical Director of the Neurocritical Care Unit at NewYork-Presbyterian/Columbia, and Nicholas D. Schiff, MD, Director of the Laboratory of Cognitive Neuromodulation at Weill Cornell Medicine and a neurologist with NewYork-Presbyterian/Weill Cornell, carry on Dr. Plum’s legacy with their breakthrough work in disorders of consciousness. Indeed, Dr. Schiff and Dr. Claassen served as co-authors of the fifth edition of Plum and Posner’s celebrated textbook published in 2019.

Detecting and Predicting Recovery of Consciousness 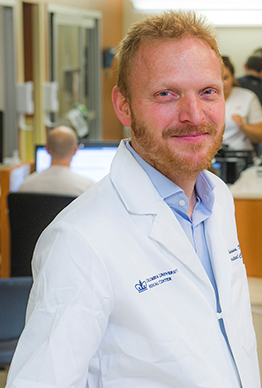 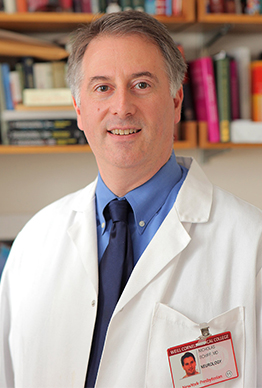 Dr. Claassen and Dr. Schiff recently participated in a multicenter review of the mechanisms of recovery from disorders of consciousness (DoC) and discuss developments in detecting and predicting recovery of consciousness. Conducted with colleagues at Massachusetts General Hospital and Boston University School of Medicine, the study also describes pharmacological and electrophysiological therapies that are offering new hope for improving the lives of patients with DoC.

“The impact of disorders of consciousness is tremendous. However, there's a huge knowledge gap regarding the prevalence, the phenotyping, and the prognostication of disorders of consciousness,” says Dr. Claassen. “So what does the recovery potentially depend on? Many factors are involved such as age, comorbidities, the type and extent of injury, time to treatment, and the crucially best neurological exam.”

“We now know that some very injured brains that remain underpowered may harbor resources that could support significant recovery,” says Dr. Schiff. “Such recovery can appear very late in time and that recovery in general is a long ongoing process. In some significant fraction of patients, we can expect it to be transformative.”

The review by Dr. Claassen, Dr. Schiff and their colleagues encompasses a number of key concepts now known about disorders of consciousness:

“Patients who are in a state of cognitive motor dissociation could have a trajectory to recovery, but we will have to understand the underlying mechanisms for each disorder of consciousness to identify the best treatment for these patients. Likely a personalized medicine approach to support recovery will serve these patients best.” — Dr. Jan Claassen

In the review paper, published in the March 2021 issue of Nature Reviews Neurology, the authors focus on the potential for recovery of consciousness rather than prognostication of poor outcome, noting that research over the past decade has shifted to “the study of patients who have unexpected recovery in the face of a previously forecast poor prognosis.”

Recovery of consciousness can occur at any time across the temporal spectrum of DoC, from the acute to the subacute-to-chronic time periods. With increasing capabilities available to detect consciousness, monitor its progress, identify its neuronal substrate, and develop therapies to improve recovery, these patients provide opportunities for further understanding of diagnostic approaches and individualized treatment practices.

While the neurological examination drives the initial assessment and prognosis of patients with DoC in the ICU, advances in the field, including behavioral, imaging, and electrophysiological techniques, are used in combination to better predict the course of a patient’s recovery. The authors urge clinicians to acknowledge uncertainty when prognosticating, emphasizing, “Behavioral, imaging, and electrophysiological data should be integrated into a multimodal approach to prognostication, as no single tool accounts for the wide variance in outcomes for patients with DoC.” Particularly promising is the electrophysiological evidence of command following in clinically unresponsive appearing patients, which was termed cognitive motor dissociation by Dr. Schiff. Recently, Dr. Claassen demonstrated in the New England Journal of Medicine that cognitive motor dissociation predicts long-term recovery in unresponsive patients with acute brain injury.

The authors also expect that new pharmacological and electrophysiological therapies will bring more accurate prognostication and new tools to promote recovery. While amantadine is the only therapy that has been associated with the acceleration of recovery of consciousness according to a randomized controlled trial of patients with subacute traumatic DoC, multiple pharmacological and neuromodulatory therapies are now being tested.

The authors conclude, “As evidence is accumulating that some patients with DoC have the potential for recovery of consciousness and meaningful neurological function, and as the diagnostic label of ‘permanent’ DoC has now been abandoned in recognition of unexpected late recoveries, clinicians should consider all possible diagnostic, prognostic, and therapeutic approaches to support recovery of consciousness in patients with DoC.”

“It is crucial to overcome the overly pessimistic approach to prognostication that leads to a self-fulfilling prophecy of poor outcomes or death,” says Dr. Claassen.

COVID-19 and Coma: A Slow and Steady Recovery of Consciousness

Clinicians and researchers at Weill Cornell Medicine and Columbia University continue to learn more about SARS-CoV-2, including the damage the virus can inflict on the nervous system and the brain. In April 2021, patients who had survived serious episodes of COVID-19 began coming off ventilators, but between a quarter and a third of the COVID patients did not wake up within 24 hours.

“We were getting three, four, five, and sometimes more consult requests about this every day,” says Nicholas D. Schiff, MD, Director of the Laboratory of Cognitive Neuromodulation, who served as an attending neurologist at NewYork-Presbyterian/Weill Cornell Medical Center during the height of the pandemic.

An internationally recognized expert in disorders of consciousness, Dr. Schiff had recently co-authored a paper in Annals of Neurology about patients who had been sedated and ventilated as they recovered from cardiac arrest and who, like these COVID patients, had unexpectedly taken weeks to wake up. “One patient was still in a coma six weeks later, and the chances of this person having a reasonably bright outlook were zero in our minds,” says Dr. Schiff. “They all made good recoveries, and that was a big surprise. We just didn’t know it was possible.”

“Doctors need to make sure that they don’t decide that the fact that a patient is not regaining consciousness right away means they should be treated less aggressively. If there’s no evidence of an injury to the brain, then we just don’t know yet.” — Dr. Nicholas Schiff

With this experience in mind, Dr. Schiff approached the COVID cases with more optimism. MRI scans often revealed no brain damage, and over time the patients started to regain consciousness without any medical interventions. Despite concerns about long-term effects, they showed slow and continued recovery of consciousness.

“If doctors are not expecting this, it can affect their thinking about whether a patient is going to recover,” says Dr. Schiff. “Doctors need to make sure that they don’t decide that the fact that a patient is not regaining consciousness right away means they should be treated less aggressively. If there’s no evidence of an injury to the brain, then we just don’t know yet.”

Dr. Schiff and colleagues at Weill Cornell Medicine, in collaboration with Jan Claassen, MD, Chief of the Division of Critical Care and Hospitalist Neurology and Medical Director of the Neurocritical Care Unit at NewYork-Presbyterian/Columbia University Irving Medical Center, and others at Massachusetts General Hospital, have received a grant from the James S. McDonnell Foundation to research the phenomenon. Dr. Schiff and Dr. Claassen serve as Co-Principal Investigators on the grant. Additionally, Dr. Claassen received funding from the National Institute of Neurological Disorders and Stroke to study disorders of consciousness in COVID-19 patients. They do not attribute the extended waking time to the virus itself but are reviewing all the factors that may be common to the hundreds of patients affected.

“We’re doing a deep dive across the three medical centers, looking at all the factors that include patient age, comorbidities, and courses of treatment,” says Dr. Schiff. “As we build a better understanding of what we think is happening here, it will direct our efforts in finding ways to accelerate the recovery process.” [Adapted from Mind & Body: From Cognitive Deficits to Stroke, Some COVID Patients Face Serious Neurological Symptoms in Weill Cornell Medicine magazine.]