Surgeons at NewYork-Presbyterian/Columbia University Medical Center are turning up the heat (or cold as the case may be) on early-stage breast cancer tumors with the use of ablation therapies.

“Surgery is the oldest oncologic discipline and, in fact, it is still the most effective therapy for cancer,” says Margaret Chen, MD, a breast surgeon and Director of Clinical Operations in the Clinical Breast Cancer Program in Columbia’s Department of Surgery. “However, surgery is also associated with pain and scarring, which has led us to look for other ways to treat breast tumors. Laser ablation treatment provides a minimally invasive alternative to lumpectomy, while still preserving options for additional procedures or adjuvant therapies.”

Traditionally, early-stage breast cancer nodules have been removed by lumpectomy, which can have an unfavorable cosmetic effect on the breast, says Dr. Chen, whose primary clinical interest is minimally invasive breast surgery. “Moreover, during a lumpectomy, it is not possible to perfectly define the extent of the cancer or know precisely which tissue to excise. As a result, 20 to 30 percent of women require a second lumpectomy to remove remaining cancerous tissue. Even after a second lumpectomy, microscopic remnants may persist, leading to mastectomies in 8 percent of patients.”

A Closer Look at Ablation Therapies

Laser ablation breast therapy is performed in an outpatient setting under direct ultrasound visualization so that surgeons can see the cancer in real time as they ablate it. “Under local anesthesia, we make two tiny incisions in the breast through which we insert two probes — one into the center of the tumor and one alongside the edge of the tumor.” The second thermal probe contains multiple temperature sensors and is positioned parallel to the laser probe at the periphery of the tumor within the ablation zone in order to monitor treatment progress in real time.

“The laser is then activated using thermal energy to destroy the cancerous cells,” says Dr. Chen. The procedure is typically completed in 30 to 60 minutes, and the incisions are sealed with small bandages instead of sutures. The laser treatment is less painful than lumpectomy, and causes little or no scarring while preserving the breast’s natural shape and feel. Patients also benefit from a short recovery and can generally return to normal activities within a day. With laser ablation two probes are inserted — one into the center of the tumor and one alongside the edge of the tumor. The second thermal probe is positioned at the periphery of the tumor within the ablation zone in order to monitor treatment progress.

Dr. Chen served as the principal investigator at Columbia for the Ablate and Resect feasibility study of Novilase® interstitial laser therapy for the ablation of small breast cancers conducted at 11 sites in the United States and Europe. She was the first surgeon to introduce this approach to potentially treat small breast cancers without surgery. The Novilase device had already been FDA approved for the treatment of benign breast tumors, such as fibroadenomas. The Ablate and Resect study enrolled 61 patients to examine the effectiveness of laser therapy for the treatment of unifocal invasive ductal carcinoma of 2 centimeters or less.

“The tumor also had to be in an ideal position in the breast — not too close to the skin and not too close to the chest wall — so that we could treat it safely and effectively,” says Dr. Chen. “There are two challenges with ablation therapies. One is certainly the ability to determine the margin, and the other is the ability to assess any residual tumors. In the Ablate and Resect study, not only did we have pathologic exam correlation in terms of whether the tumor had been completely killed, but we also had imaging correlations. Our patients had a set of images — mammograms, ultrasound, MRI — taken before the ablation, as well as one month after the ablation. We then performed a lumpectomy and compared the results of the imaging to see if there was any residual tumor after the ablation, with the pathology results, which are more definitive as to any residual tumor.” In cryotherapy, a thin, hollow needle is inserted through the skin, pumping liquid nitrogen into the tumor site and freezing the tumor.

Following surgery, patients proceeded with any recommended adjuvant or systemic therapy, such as radiation and/or chemotherapy, and were asked to return for follow-up visits with their surgeon.

“Analysis of the results of 61 patients showed that overall, complete tumor ablation was achieved in 84 percent of the patients. Among a subset of patients whose tumors were 1.5cm or smaller, 98 percent of the tumors were completely ablated,” says Dr. Chen. “The study also found that there is a high correlation between MRI and the pathology and that the false-negative rate — that is the residual tumor missed by the MRI — was very low at 7 percent. In four patients, the MRI did not detect post-ablation residual tumor, which was discovered in the pathology once we excised it. However, in all four patients the amount of tumor that remained was very small, less than 2 millimeters. It was determined that MRI is very good and very accurate in determining any remaining tumor.”

Laser ablation appears to be a promising alternative to lumpectomy to treat early-stage breast cancer. A multicenter pivotal trial examining the use of laser ablation eliminating surgery is underway.

Dr. Chen also serves as a principal investigator for ABLATE (American Breast Laser Ablation Therapy Evaluation), a multicenter trial that tracks and evaluates long-term clinical outcomes of patients undergoing laser ablation therapy for fibroadenoma. The data captured by the ABLATE Registry will be used to assess the potential advantages and disadvantages of the procedure, as well as help establish uniform and standardized imaging, pathological assessment, and ablation timing protocols.

In addition, Dr. Chen, at Columbia, and Rache M. Simmons, MD, Chief of Breast Surgery at NewYork-Presbyterian/Weill Cornell Medical Center, are leading a clinical trial at their respective sites to evaluate the efficacy of cryoablation without lumpectomy and its impact on local and distant recurrence of early-stage breast cancer. The trial will monitor patient outcomes up to five years from the date of the cryoablation therapy. The trial is being offered to patients 60 and older diagnosed with early, low-risk breast cancer. Since cancer found at this stage tends to be less advanced, older patients may need less aggressive therapy.

Therapeutic ultrasound is the third technique in Dr. Chen’s ablation armamentarium, and she is now conducting a clinical trial using high-intensity focused ultrasound to destroy fibroadenomas. “We are very fortunate to care for patients in an academic medical center, where there is so much expertise in breast disease, so many advances in diagnostic and treatment approaches, and so many resources for patients and families,” says Dr. Chen. 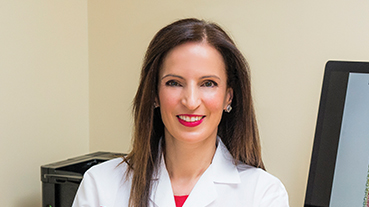 In the past 50 years, use of neoadjuvant chemotherapy for breast cancer has evolved. Today, clinicians at NewYork-Presbyterian are using neoadjuvant therapy to tackle residual tumor.
Learn More

Weill Cornell Medicine has been awarded a five-year, $11.3 million Specialized Programs of Research Excellence (SPORE) grant from the National Cancer Institute to improve the detection, diagnosis, and treatment of prostate cancer.
Learn More