Investigators at Weill Cornell and Columbia have demonstrated in a study in mice that the ketogenic diet, which is very low in carbohydrates and high in fat, may improve the effectiveness of an emerging class of cancer drugs. In a study published in Nature on July 4, 2018, the scientists provided a possible explanation for why the drugs, which target the insulin-activated enzyme phosphatidylinositol-3 kinase (PI3K) whose mutations have been implicated in many cancers, have not performed as well as hoped. They also identified a strategy that might boost the therapies’ tumor-killing potential.

The researchers maintain that any drug that targets PI3K may not be effective unless patients can maintain low blood sugar levels through diet or medication, demonstrating that keeping insulin down with the ketogenic diet dramatically improves the effectiveness of the cancer drugs. In the study, the researchers demonstrated that rising insulin levels reactivate PI3K in mice with pancreatic tumors treated with Buparlisib, a PI3K-inhibitor. The authors noted that reactivating PI3K in the tumor makes the drug relatively ineffective, as the rebound elevation in insulin rescues the tumor from death. That observation led the investigators to turn to endocrinology for treatments that help control blood sugar and insulin levels. Along with PI3K inhibitors, they treated the mice with the diabetes drugs metformin or sodium-glucose co-transporter 2 (SGLT2) inhibitors or the ketogenic diet.

Metformin, which increases insulin sensitivity, had little effect on the glucose or insulin spikes, or on cellular signals that promote tumor growth. The SGLT2 inhibitors, which prevent the reabsorption of glucose in kidneys so that it is removed in urine, reduced the glucose and insulin spikes in response to PI3K treatment and reduced tumor growth signals. Importantly, the ketogenic diet, which has been used clinically for some four decades to control insulin levels, did the best job at preventing glucose and insulin spikes and tamping down tumor growth signals. 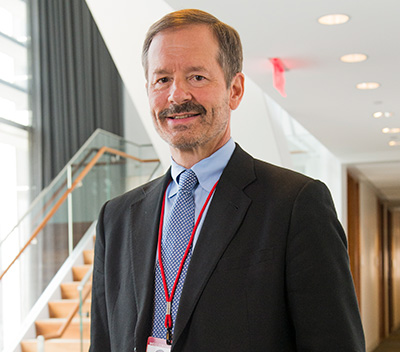 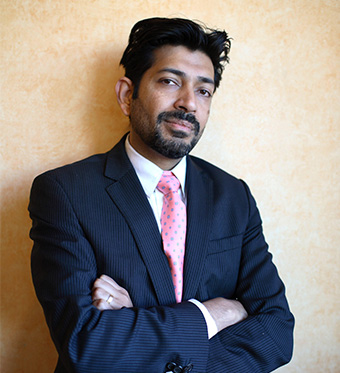 According to the researchers, the ketogenic diet reduced glycogen stores, so that the mice could not release glucose in response to PI3K inhibition, suggesting that if one can block spikes in glucose and the subsequent insulin feedback, one can make the drugs much more effective at controlling cancer growth. The researchers cautioned, however, that the ketogenic diet alone may not necessarily help control cancer growth and, in some cases, may even be harmful. In fact, when the scientists studied the effect of the ketogenic diet in the absence of PI3K inhibitors in several cancers in mice, the diet had little effect on tumors and actually caused some leukemias to grow faster. They hope next to study whether combining an FDA-approved intravenous PI3K inhibitor with the ketogenic diet, specially prepared by nutritionists, is safe and improves outcomes for people with breast cancer, endometrial cancer, leukemias, or lymphomas.

Bringing Optimism to Treatment of DIPG

In June 2018, the journal Lancet Oncology published the highly anticipated results of the first-ever dose escalation study using convection-enhanced delivery (CED) in patients with diffuse intrinsic pontine glioma (DIPG). Led by Weill Cornell Medicine researchers, the milestone phase 1 clinical trial investigated the safety of using CED to bypass the blood-brain barrier and administer a drug directly to a brain stem tumor site. The study validates CED as a safe and efficient method to deliver drugs directly into a tumor with minimal to no systemic exposure. These extremely promising results bring forth a new potential for an effective treatment for one of the deadliest brain tumors in children, with a median survival of less than 12 months. By delivering the agent into the tumor through a surgically placed infusion cannula, the procedure drastically increases the concentration of the drug at the site of the tumor while avoiding the dangerous systemic toxicity that accompanies IV or oral chemotherapy.

“This trial takes a huge departure from the standard protocols in order to provide children with more effective options, less toxicity, and increased hope for the future.”
— Mark M. Souweidane, MD 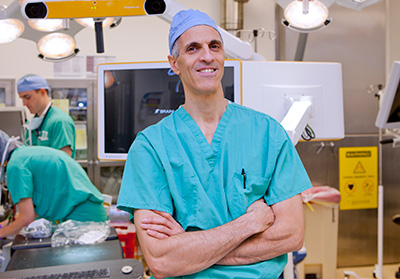 The therapeutic agent 124I-8H9 consists of the 8H9 antibody, which is produced by mice and has been shown to attack many kinds of tumors, combined with the radioactive substance 124I. This clinical trial was the first time CED was used to administer 124I-8H9 to a human brain. The average dose safely absorbed was more than 1,200 times that of the mean whole-body dose, providing an astronomical benefit over standard chemotherapy for DIPG and other types of malignant glioma. In fact, seven dose escalations were tested as the study progressed, and the procedure resulted in zero dose-limiting toxicity.

Over the course of five years, 28 patients who had previously received radiation therapy were successfully treated with this alternative drug delivery method. According to the researchers, the median overall survival has thus far exceeded historical controls but cannot be statistically validated. To date, two children are seemingly cured, one at three years and one at six years post diagnosis.

Based on the results of the study, the Weill Cornell investigators are nearing the launch of a formal, multi-institution expansion of the clinical trial that will explore new agents and combinations delivered via CED. This next step will allow more children to be treated nationwide, testing different doses and agents in a quest to find a cure. Within the coming months they will be treating more children with different drugs that have shown promise against DIPG cell lines in the lab, testing CED in multiple sites across the country, in an unprecedented collaboration among fellow scientists and clinicians.