Patients with significant symptomatic degenerative mitral regurgitation who are not candidates for surgery are benefiting from the FDA-approved MitraClip®, a low-risk, catheter-based procedure that creates a tissue bridge between the anterior and posterior leaflets using one or two clips that are deployed through a transseptal approach. The MitraClip, which is now available for high-risk patients with degenerative mitral valve disease, was further evaluated in the Cardiovascular Outcomes Assessment of the MitraClip Percutaneous Therapy for Heart Failure Patients with Functional Mitral Regurgitation (COAPT) multicenter trial, for which Columbia faculty served as one of the co-principal investigators. The study’s findings, which were published in the December 13, 2018, issue of The New England Journal of Medicine, demonstrated that transcatheter mitral valve repair significantly reduced hospitalizations and mortality for this patient population as compared to medical therapy on its own. 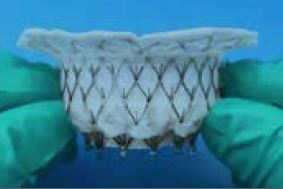 The Intrepid TMVR uses a conformable outer stent, which engages the annulus and leaflets to provide fixation and sealing.

Columbia faculty served as lead investigators in an international, multicenter study on early experience with a new transcatheter mitral valve replacement (TMVR) prosthesis. The results of the Intrepid™ TMVR pilot study were reported in the January 2, 2018, issue of the Journal of the American College of Cardiology. In an evaluation of 50 patients from 13 sites, the study found that TMVR represents a feasible minimally invasive alternative to surgical mitral valve replacement in patients with symptomatic primary or secondary mitral regurgitation who were deemed at high or extreme risk by the local heart teams. The authors reported “the Intrepid TMVR system is easy to implant in the challenging mitral anatomy due to its conformable, dual stent design.” The system integrates self-expanding, dual stent technology with a tissue valve to facilitate catheter-based implantation without the need for open heart surgery. 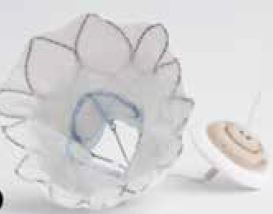 The Intrepid TMVR uses a conformable outer stent, which engages the annulus and leaflets to provide fixation and sealing.

Weill Cornell faculty have begun enrolling patients in a pivotal study — the SUMMIT trial — of the Tendyne™ transcatheter mitral valve implantation (TMVI) system for the treatment of severe mitral regurgitation in patients, replacing the native mitral valve without open heart surgery to reduce heart failure symptoms. The Tendyne device is a tri-leaflet, bioprosthetic valve that is implanted via transapical access. As the first and only repositionable and fully retrievable transcatheter valve, Tendyne has been designed to conform to a broad range of anatomies, which may allow for better outcomes and procedural ease-of-use.

The cardiac robotic surgery program at Weill Cornell, one of the few in the country, incorporates the latest iteration of robotics technology — da Vinci Xi® — for mitral valve reconstructions. A major advantage of endoscopic robotic surgery over traditional sternotomy, non-robotic, or robotic port access approaches is that rib spreading is not needed. In addition, approaching the valve robotically from the right side of the chest allows the valve and the heart to remain in their natural positions rather than having to retract the heart to expose the valve. A catheter-based system is used to place the patient on the heart-lung machine, which enables the surgery to be accomplished completely through the minute ports. The endoscopic approach also allows the surgeon to visualize the valve in its natural position, greatly facilitating the repair and resulting in a very high repair rate.

Robotic surgery is typically found to be most beneficial in distant, small cavities or contained areas, such as the left atrium where the mitral valve sits. The robot makes it possible to take the camera into that small space.

The technology and techniques now being studied in the treatment of mitral valve disease are providing patients who would have been excluded from treatment — the elderly or critically ill — the opportunity for meaningful therapy.

Researched and developed by a Columbia cardiac surgeon, the Valve-in-Valve (VIV) aortic and mitral apps facilitate physicians implanting transcatheter valves within failed surgical bioprostheses by providing crucial information regarding the anatomic feature of the surgical valve quickly and thus allowing for a safe and optimal procedure. Both apps are available on the App Store and, to date, they have been downloaded in 120 countries and 30,000 times. 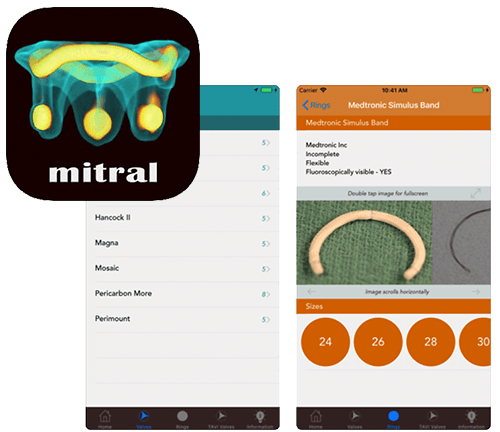 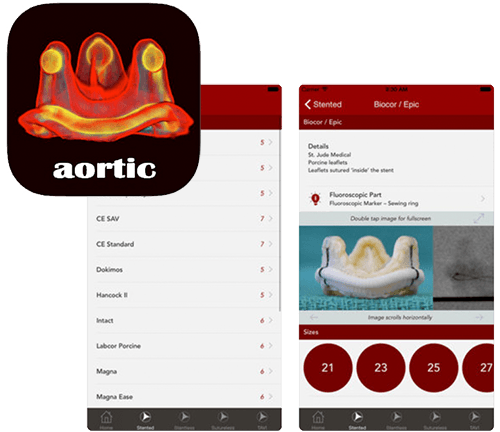 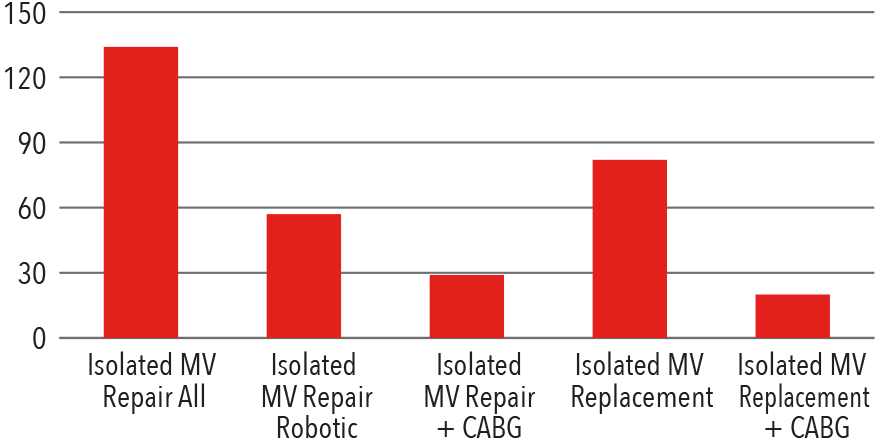