NewYork-Presbyterian’s advanced heart failure programs offer a continuum of care for patients in all stages of heart failure – from medical management to mechanical circulatory support and heart transplantation. At the core of these programs are multidisciplinary teams with highly specialized expertise in assessment and management of patients with challenging comorbidities. 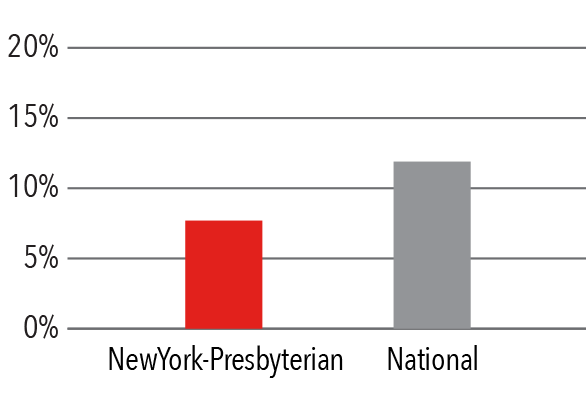 Most recently, new programs have been established dedicated to the care of patients with diastolic heart failure and a second program focused on the elderly population with heart failure. With an emphasis on preventing hospital admissions and reducing emergency room visits, our physicians have been utilizing the CardioMEMSTM device for continuous monitoring of pulmonary pressure. The FDA-approved heart failure monitoring system facilitates early recognition of fluid accumulation by enabling patients to transmit daily pressure trend information and pulmonary artery pressure waveforms for immediate physician review.

As the Hospital’s ECMO program has grown, our ECMO teams have continually refined protocols for safely transporting extremely ill patients from other hospitals who need this highly specialized care. A recent issue of The Annals of Thoracic Surgery highlighted our ECMO program, which conducted a review of 222 patients transported to NewYork-Presbyterian while supported with ECMO to evaluate survival during a surge period. A surge is defined as at least eight transports during a one-month period or patients transported within 24 hours of another patient in nonsurge months. The key message for achieving optimal outcomes for ECMO transport patients is to have welldefined interhospital communication processes, patient selection criteria, and management protocols that include consideration of staff fatigue and burnout for handling transient increases in volume.

ECMO is being used with increasing frequency to support pregnant and postpartum patients with severe cardiac or pulmonary failure. A recent study undertaken by Columbia clinicians in cardiothoracic surgery, pulmonary and critical care, maternal-fetal medicine, and pediatric cardiology described the largest case series of patients treated with ECMO during pregnancy and postpartum. Published in The Annals of Thoracic Surgery, the study results supported the use of ECMO during and following pregnancy, with favorable maternal and fetal outcomes that outweigh the risk of bleeding or thrombotic complications when managed by an experienced, multidisciplinary team. 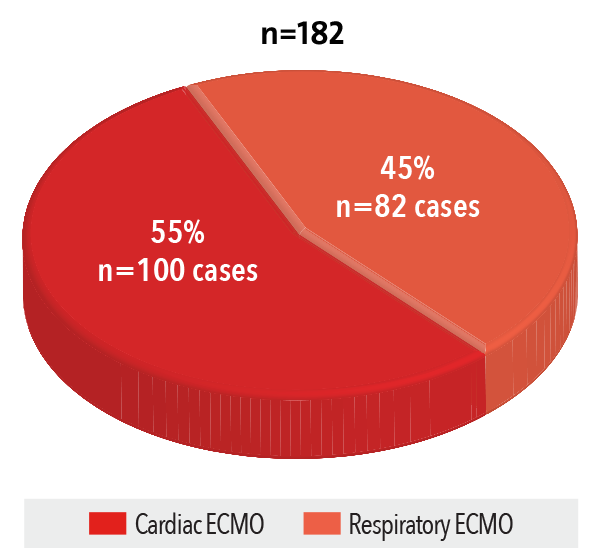 NewYork-Presbyterian’s cardiovascular teams are highly experienced in the field of ventricular assist devices. Clinical investigations by faculty at Columbia and Weill Cornell encompass virtually every aspect of these devices, from their design to implantation techniques to the multiple factors that can affect outcomes.

Columbia faculty were major participants in the Momentum 3 trial, the largest left ventricular assist device (LVAD) trial to date, and are now involoved in the continuous access protocol component. The trial evaluated HeartMate 3, which is smaller and more easily implantable than previous devices, but also features a centrifugal-flow system that utilizes fully magnetically levitated technology engineered to lower adverse event rates, especially thrombosis. The results, which were published in the February 2, 2017 issue of The New England Journal of Medicine, showed that this pump design was associated with better outcomes at six months when compared to the earlier axial-flow pump device, primarily because of the lower rate of reoperation for pump malfunction. In August 2017, the FDA approved the HeartMate 3 Left Ventricular Assist System as a bridge-to-transplant and this latest device is now being widely used by our cardiac surgeons.

NewYork-Presbyterian was one of 12 heart transplant centers participating in authoring the report of the American Society of Transplantation Conference on Donor Heart Selection in Adult Cardiac Transplantation in the United States published in the October 2017 issue of the American Journal of Transplantation. The conference resulted in established agreement on the most important donor and recipient risk factors for donor selection and identified the components necessary for a future donor risk score. 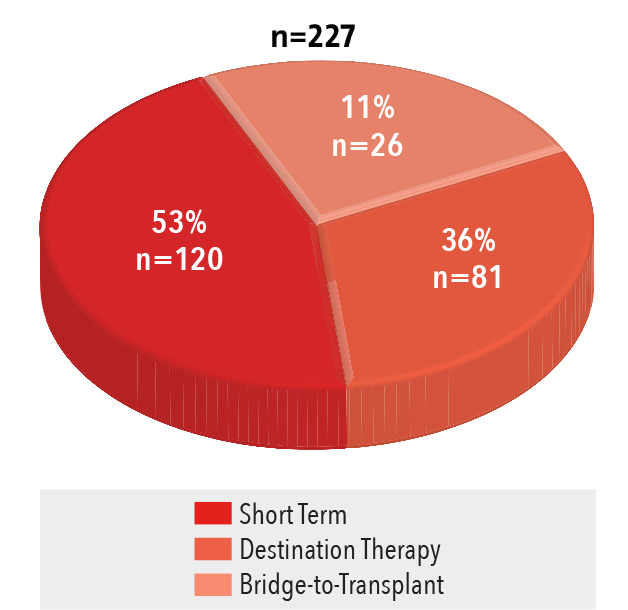 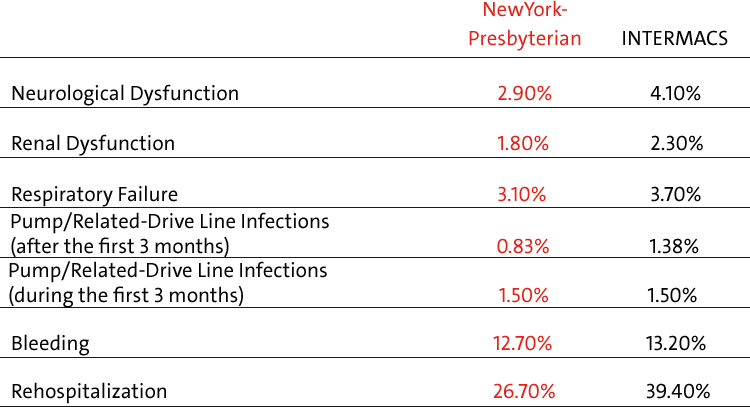 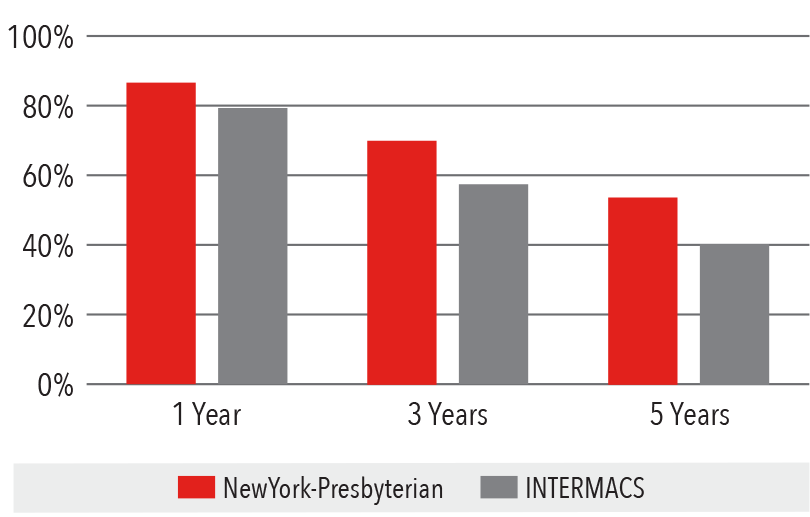 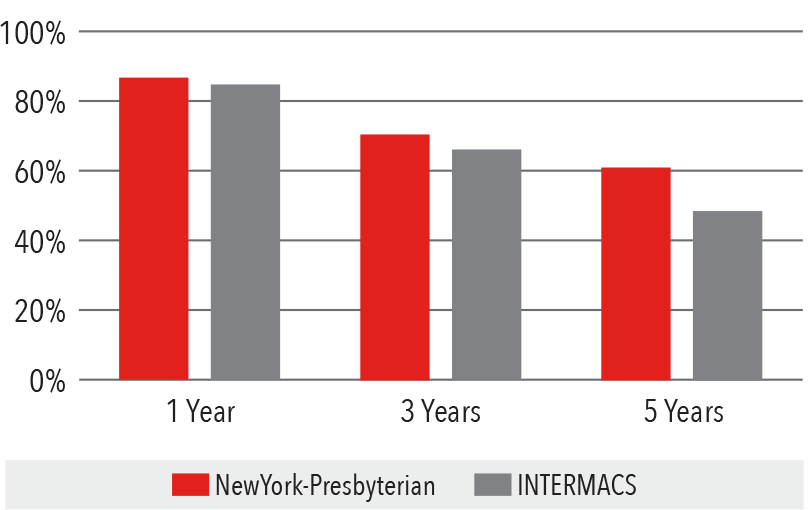 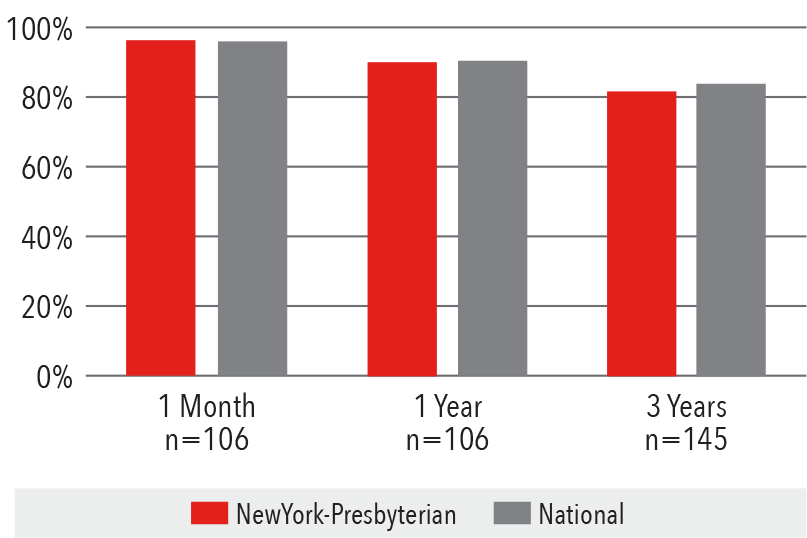 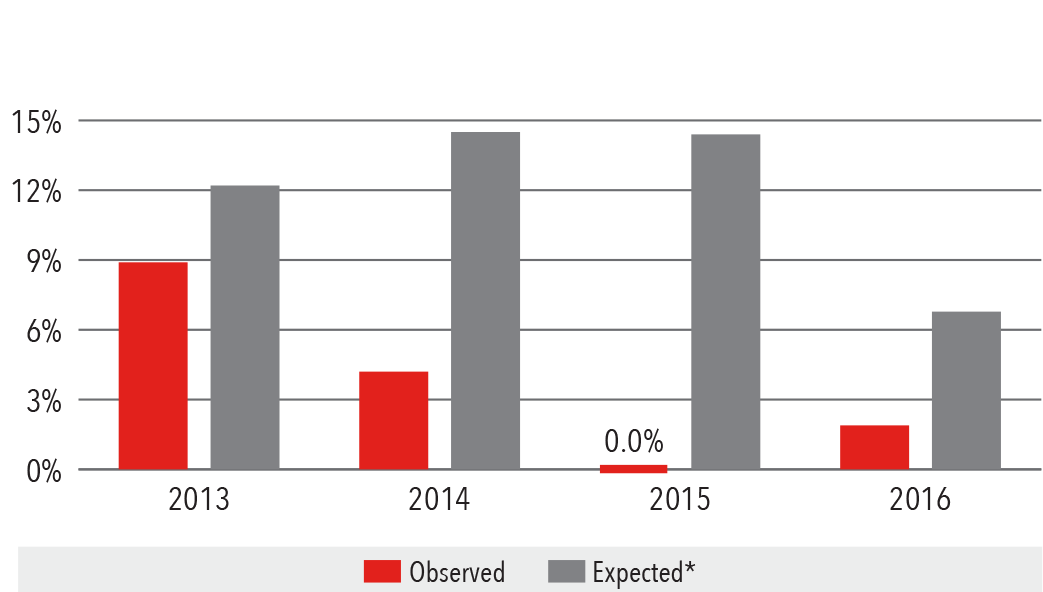