As Alicia awaited surgery in excruciating pain, she was afraid she would never feel better. When she met Dr. Härtl, however, she was comforted and reassured by his calm confidence. Today, she is grateful for each pain-free day. 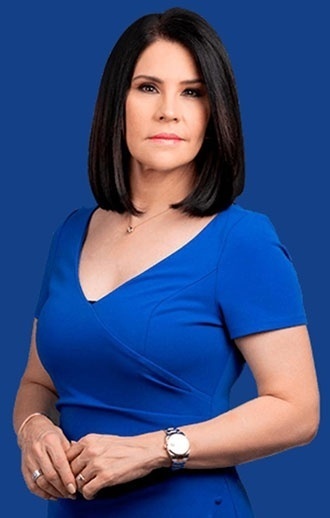 Alicia Ortega, an Emmy award-winning investigative journalist from the Dominican Republic, had minor back problems for years, which she managed with physical therapy. However, the pain suddenly intensified, making it difficult for her to walk.

An MRI showed Alicia had a herniated disc in her lower back. Her doctor recommended conservative treatment — physical therapy, traction to relieve the pressure, and nerve block injections. But it didn’t provide long-term relief. Her only option for relief would be spinal fusion surgery.

A well-known celebrity on the island — the host of "El Informe con Alicia Ortega" and executive vice president of the SIN Group, Alicia faced a huge problem: no one wanted to operate.

"Nobody wanted to touch me!" she says. Alicia went to the hospital at the onset of the pain, but her trusted surgeon was on vacation, and none of the on-call surgeons wanted to take on the risk of operating on her. She stayed in the hospital for almost five days waiting to find a surgeon willing to operate. "A friend of mine had had surgery at NewYork-Presbyterian, and she recommended them. When my family called them, they said Dr. Härtl was available."

When Alicia arrived at NewYork-Presbyterian/Weill Cornell Medical Center, Dr. Härtl needed to take scans and perform tests to determine the extent of the herniation. When he looked at the scans, Dr. Härtl discovered that Alicia's pain was not caused by the lower back issue the Dominican doctors had seen, but from afar lateral herniated disc further up in her spine.

This revelation changed his surgical plan. Instead of performing a full spinal fusion, he could perform a microdiscectomy — a minimally invasive procedure that would not limit Alicia's movement and allow her to recover more quickly than she would have with open surgery.

In excruciating pain, as she awaited the surgery, Alicia was afraid she would never feel better. When she met Dr. Härtl, however, she was comforted and reassured by his calm confidence.

"I always have to be in control," she jokes. "But those blue eyes – God talked to me through his eyes and told me to relax and let go. On the day of the surgery, I wasn't praying for myself; I was praying for him to do a good job!"

The surgery was a success. Hours after the surgery, Alicia was up and walking.

"On the third day, Dr. told me I could go to the mall, where I bought my oldest daughter's wedding dress," she recalls. "I flew back home to the Dominican Republic a week later and got back to work shortly thereafter."

Alicia is thankful for the opportunity to receive care from one of the world's top experts in disc herniation, and she is grateful for each pain-free day. "I've recommended Dr. Härtl and NewYork-Presbyterian [Och Spine] to others since my surgery. Global Patient Services made it all happen, taking care of every detail, from reaching out to Dr. Hartl to scheduling all appointments after the surgery."