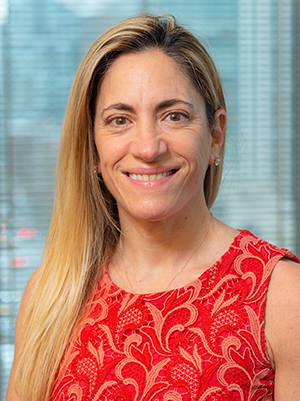 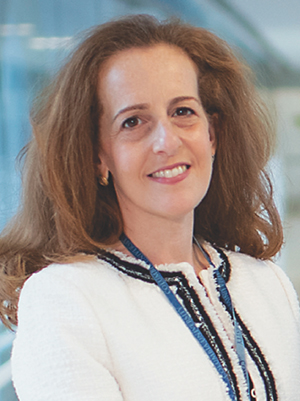 Specialists in the GI clinical cancer genetics programs at NewYork-Presbyterian Hospital are pursuing research to develop the optimal screening strategy for Lynch syndrome in order to define the appropriate management – from surveillance to annual colonoscopies – based on an individual’s particular genetic risk and on the particular gene that is altered.

Lynch syndrome is the most common hereditary gastrointestinal cancer syndrome, affecting more than one million Americans. Often the syndrome is not uncovered until an individual already presents with cancer or they have a relative who has been diagnosed with cancer. Although studies have shown that even though Lynch syndrome is the most common colon cancer predisposition syndrome, some 65 to 85 percent of community hospital cancer programs do not screen for this syndrome and only 1 in 4 individuals who met criteria were screened in the Cancer Research Network.

“You have a 50-50 chance of passing on a gene for Lynch syndrome to each of your children, so the likelihood that other people in the family would have it is enormously high,” says Felice Schnoll-Sussman, MD, Director of the Jay Monahan Center for Gastrointestinal Health at NewYork-Presbyterian/Weill Cornell Medical Center. “It is a diagnosis that may haunt patients throughout their lives and requires constant vigilance. And while early, regular and vigilant cancer screenings can save lives, less than 5 percent of people with the syndrome know they have it.”

“Lynch syndrome is one of those diseases where the patient can feel like they have a target on their back, especially because these are often individuals who have seen family members succumb to cancer.” — Dr. Felice Schnoll-Sussman

Lynch syndrome is associated with germline mutations in DNA mismatch repair genes, which significantly increase the risk for colorectal, endometrial, and numerous other cancers. Estimates for lifetime risk of developing colorectal and endometrial cancers have been reported to be as high as 80 percent and 60 percent, respectively. The defect in DNA mismatch repair causes polyps to develop early in patients with Lynch syndrome and accelerates their progression from an adenoma to an adenocarcinoma. Surveillance colonoscopy exams to identify polyps have been shown to decrease incidence and mortality for colorectal cancer in this patient population. However, while each of the genes associated with Lynch syndrome carries a different risk level for colorectal cancer, current screening recommendations are essentially a one size fits all in which patients are advised to have a colonoscopy beginning in their mid-twenties and every one to two years thereafter.

A study by Columbia gastroenterologists uncovered that the four of the five Lynch syndrome genes they focused on do not behave with the same aggressiveness or cause the same lifetime risk. Two of the four genes indicate a much higher risk for the development of cancer warranting early and frequent colonoscopies, whereas the two other genes have lower colon cancer risk and suggest that colonoscopy screening can begin later and with longer intervals. The early identification of individuals with Lynch syndrome and their at-risk family members is crucial for the implementation of effective cancer prevention strategies. Deciding on the right management path, however, is a delicate balance between overusing colonoscopy and overlooking a cancer diagnosis.

At Weill Cornell Medicine a study is currently underway to investigate gene-dependent management of risk in Lynch syndrome and how to best manage and screen people based on their individual genetic mutations. While individuals who are affected have up to an 80 percent chance of developing one of several malignancies, depending on which gene is affected, the cancer risk can vary between 10 and 80 percent. Using fundamental techniques of decision analysis and economic modeling, the researchers seek to create specific cancer screening recommendations and care pathways for individuals given their specific gene mutation.

Columbia researchers are creating computerized models to mimic the natural history of a Lynch syndrome patient, and then superimposing screening strategies on top of that natural history model to individually tailor recommendations for surveillance.

Fay Kastrinos, MD, PhD, directs a multidisciplinary specialty clinic for genetic risk assessment and cancer prevention in familial gastrointestinal syndromes at NewYork-Presbyterian/Columbia University Irving Medical Center. The work of the Columbia faculty in GI cancer genetics builds on an assessment tool developed by Dr. Kastrinos and her colleagues while she was on faculty with the Dana-Farmer Cancer Institute. Their goal was to enable healthcare providers to readily identify patients with an inherited cancer susceptibility, such as Lynch syndrome, to prevent them from progressing to a diagnosis of cancer.

Based on an extensive evaluation of family and personal history of cancer, the team developed an algorithm for an online risk assessment tool that could be easily completed in a matter of minutes. It then generates a score that will indicate if the individual carries a genetic mutation associated with an inherited cancer syndrome. The first area they targeted was Lynch syndrome and the development of colorectal cancer.

“The goal is to identify, through these risk assessment tools, as many previvors as we can to offer them preventative screening, early detection, and preventative strategies.” — Dr. Fay Kastrinos

“I am pleased to note that this tool was the result of a national collaboration,” says Dr. Kastrinos. “It was validated among independent cohorts, which moved it forward to becoming incorporated in the standard of care on how to assess for Lynch syndrome and inherited colorectal cancer syndrome, which was a big deal.”

The tool, PREM, which is covered by insurance, has been incorporated into national guidelines established to help identify patients with cancer, but also unaffected individuals who, based on their family history, would benefit from genetic evaluation and testing. When a patient is deemed eligible for genetic evaluation and testing, next generation sequencing is performed to identify these inherited cancer susceptibility genes.

The current goal of gastrointestinal genetic specialists is to increase awareness and genetic testing among at-risk first-degree relatives, as well as extended family, as the gene associated with Lynch syndrome is inherited in an autosomal dominant pattern from one generation to the next.

How Collaborations are Enhancing Care for Women

“The most important message to patients with an inherited cancer syndrome is ensuring that they understand their heightened cancer risk,” says Dr. Schnoll-Sussman. “What we are doing now is looking at the whole patient. This includes ways to help patients maintain compliance with stringent surveillance strategies to achieve an equivalent lifespan to those who do not have Lynch syndrome and other hereditary cancer syndromes.”

Many women with Lynch syndrome may require annual endometrial biopsies because of the nature of their genetic mutation. The biopsy procedures, typically performed by a gynecologist, are painful. Dr. Schnoll-Sussman and her GI colleagues realized that there was an opportunity at the time of their patients’ yearly colonoscopy to combine resources with gynecologists and perform both their yearly surveillance colonoscopy and their endometrial biopsy in one procedure under anesthesia. They began offering patients this option in 2020. The procedure begins with the biopsy by the gynecologist followed by the colonoscopy with the gastroenterologist, and, according to both specialists, the reviews by patients have been overwhelmingly positive.

The availability of this combined approach has been shared with gynecologists beyond NewYork-Presbyterian, who have readily referred their patients, recognizing that the service provides a heightened level of care that they can offer to this unique patient population.

Two years ago, the Department of Obstetrics and Gynecology and Department of Medicine at NewYork-Presbyterian/Columbia launched a comprehensive initiative aimed at screening, preventing, diagnosing, and treating hereditary breast and ovarian cancer. Led by June Y. Hou, MD, a gynecologic cancer specialist, and Meghna S. Trivedi, MD, a breast cancer specialist, the program facilitates access to experts in hereditary cancers across different specialties and provides opportunities for patients to participate in cutting-edge genomic testing and clinical trials for novel screening and risk-modifying strategies.

Lynch syndrome, with its known genetic predisposition to gynecologic cancers, is more common than hereditary breast and ovarian cancer syndrome caused by BRCA1 and BRCA2 mutations, and recent studies have suggested that breast cancer may be included in the spectrum of Lynch syndrome-associated cancers. In 2018, a study by Columbia researchers identified two new breast cancer genes – MSH6 and PMS2 – and submits that each gene approximately doubles a woman’s risk of developing breast cancer by age 60. These two genes were previously known to cause Lynch syndrome and the study, published in the October 2018 issue of Genetics in Medicine, showed that some women with Lynch syndrome are also more likely to develop breast cancer. Looking at the risk associated with each different Lynch syndrome gene, the study also showed that while two genes do raise the risk of breast cancer, two others do not, with the recommendation that women with pathogenic variants in MSH6 or PMS2 may benefit from increased breast cancer screening.

Through the Hereditary Breast and Ovarian Cancer Program, women with Lynch syndrome can undergo genetic testing and counseling through the program’s collaboration with Columbia’s Clinical Genetics Program to help them understand their personal risk factors for developing cancer as well as benefit from a personalized strategy for cancer prevention and treatment.

A Potential Vaccine for the Pipeline

A vaccine developed by Weill Cornell Medicine clinical geneticist Steven M. Lipkin, MD, PhD, in partnership with Dr. Schnoll-Sussman and other Weill Cornell colleagues, has shown promising results for preventing colorectal tumors in mice genetically engineered to have Lynch syndrome. That preclinical study has paved the way for the development of a human vaccine, the first of its kind that would target hereditary cancer.

The vaccine would allow the immune system to recognize and attack cancer cells with mutations common in Lynch syndrome before a tumor has a chance to grow and spread. Creating the Lynch vaccine involved loading some 200 common mutations found in mice’s colorectal tumors into a hollowed-out virus, which was then given to other mice in the form of an injection. The researchers found that the rodents’ immune systems apparently learned to recognize the neoantigens before cancer got a foothold, activating T-cells to attack mutated cells. Vaccinated mice had lower rates of cancer and therefore longer lifespans – 380 days compared to 241 days for a control group.