Dr. Lewis Cantley, a leading cancer researcher, credited with discovering a family of enzymes fundamental to understanding cancer, has been named director of the newly established Cancer Center at Weill Cornell Medical College and NewYork-Presbyterian Hospital. 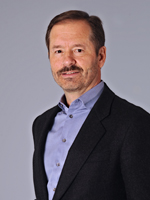 The recruitment and appointment of Dr. Cantley by Weill Cornell Medical College's new dean, Dr. Laurie H. Glimcher, in collaboration with NewYork-Presbyterian Hospital's CEO, Dr. Steven J. Corwin, marks a critical step in the transformation and acceleration of personalized translational medicine, research and clinical care for cancer patients at Weill Cornell Medical College and NewYork-Presbyterian Hospital on the Upper East Side of Manhattan.

Dr. Cantley is the William Bosworth Castle Chair in Medicine and professor of systems biology at Harvard and director of the Cancer Center and chief of the Division of Signal Transduction at Beth Israel Deaconess Medical Center.

"We are honored and delighted to have Dr. Cantley, a pioneering researcher in the field of cancer, join us to lead the new Cancer Center," says Dr. Glimcher, the Stephen and Suzanne Weill Dean of Weill Cornell Medical College and Provost for Medical Affairs at Cornell University. "Multidisciplinary translational research is the future of biomedicine. There will be no barriers between our clinicians, translational researchers and basic scientists, whose close collaboration across disciplines and institutions will lead to new discoveries and cancer therapies — transforming cancer patient care and ultimately finding cures."

NewYork-Presbyterian/Weill Cornell's cancer research and clinical care enterprise is already among the best in the nation. Weill Cornell physicians have diagnosed and treated more than 4,000 new cancer patients annually since 2008.

"We are thrilled about the formation of this new Cancer Center, as it will propel us to greater heights in cancer research and patient-centered clinical care" says Dr. Steven J. Corwin, CEO of NewYork-Presbyterian Hospital. "Together with Weill Cornell Medical College, we are committed to making NewYork-Presbyterian the preeminent academic medical center for cancer care in the country. The recruitment of Dr. Cantley puts us one step closer to making that goal a reality."

The Center's mission is to create a unique kind of cancer center, one that will truly make precision and personalized medicine for cancer diagnosis and cancer treatment a reality. It will ensure that patients can immediately benefit from the latest discoveries and treatments, especially in clinical trials, while training future researchers and recruiting leaders in cancer research and clinical care.

The Center will establish a vast infrastructure that provides research space, resources and access to the latest state-of-the-art technologies for basic, clinical and translational cancer research, and also support for initiating and conducting novel clinical trials. It will also have a centralized cancer tumor tissue bank, patient database and system for rapidly evaluating each patient's cancer tumor for its genetic profile, associated gene expression and mutations to accelerate each patient's personalized treatment plan or enrollment in clinical trials based on their genetic information. The new Center will be headquartered in the soon-to-be-completed 18-story, $650 million state-of-the-art Belfer Research Building set to open in 2014.

"We are on the brink of an evolution in cancer research and patient care that will dramatically change how our patients are diagnosed and how their diseases are managed," says Dr. Cantley. "I look forward to leading the new cancer center at Weill Cornell Medical College and NewYork-Presbyterian and the beginning of the next revolution in cancer care with unparalleled progress in discovery research, including the translation of our discoveries into novel, patient-centered approaches for cancer prevention, treatment and cures."

As director, Dr. Cantley will forge the Cancer Center into a collaborative, multidisciplinary research enterprise focused on gathering Weill Cornell's basic, translational and clinical research expertise under one umbrella, across faculty and departments, and converting cancer research breakthroughs into novel therapies that offer patients immediate access to the latest advanced care available and hope for the future. Dr. Cantley will lead the charge in positioning the Cancer Center and its members as global leaders in personalized cancer treatment and in the design and execution of clinical trials that lead to new approaches to cancer prevention, diagnosis and cancer treatment. NewYork-Presbyterian/Weill Cornell is internationally recognized as a premier center for research and clinical care of patients with cancers of the blood, such as leukemia, lymphoma and myeloma, and conducts more clinical research studies than any of its regional peers. Its comprehensive prostate program focuses on prevention, early detection and novel treatment through patient-oriented research involving physicians and scientists across disciplines, from molecular and cellular biology to engineering. Additionally, NewYork-Presbyterian/Weill Cornell has some of the world's most renowned breast researchers and surgeons who are at the vanguard of offering new procedures and testing the latest drugs in clinical trials for the treatment of all stages of breast cancer.

Building off the successes of the Weill Cornell Cancer Center, established in 2008, and its exemplary leadership from cancer physician-scientist Dr. Andrew Dannenberg, the new expansive Cancer Center and its researchers will be on the front lines of the evolution in cancer care. The Cancer Center will initially focus on colorectal, lung, melanoma and hematopoietic cancers and expand to all cancers where there is a risk that standard of care will not lead to a cure, such as breast, prostate, pancreatic, endometrial, ovarian and glioblastoma. Researchers expect to conduct detailed exploration of the molecular abnormalities in cancer cells and tumors, to gain new insight into the underlying mechanisms of drug resistance or acquired resistance to therapies, and test novel drug combination therapies to combat resistance. Also, identifying new biomarkers for resistance will help researchers more effectively triage patients into the specific therapies that will benefit them most.

Dr. Cantley is a fellow of the American Academy of Arts and Sciences and a member of the National Academy of Sciences USA. He is one of the world's most pre-eminent scientists in both basic and clinical research and a Cornell University alumnus. Dr. Cantley has made significant advances in cancer research stemming from his discovery of the signaling pathway phosphoinositide 3-kinase (PI3K) in the mid-'80s, which explains the growth of a cell and has major implications in cancer. His pioneering research discovered that human cancers frequently have mutations in PI3K and, for the past three decades, has worked to identify new treatments for cancers that result from defects in the pathway. This discovery, which has led to one of the most promising avenues for the development of personalized cancer therapies, has since resulted in revolutionary treatments for cancer, diabetes and autoimmune diseases.

Most recently, Dr. Cantley's research has focused on characterizing the mechanism by which PI3K is activated by growth factors and cancer-causing oncogenes, and elucidating PI3K's pathways, including Akt/PKB — critical proteins that regulate cell survival and proliferation in normal and cancer cells. In the course of his work, Dr. Cantley's laboratory has revealed the structural basis for regulated interaction of these signaling proteins, and this technique has led to a bioinformatics approach for predicting signaling pathways on the basis of gene sequences.

Dr. Cantley is currently exploring the role of the PI3K pathway in cancer and diabetes by developing mouse models in which genes for enzymes in this pathway are altered. Last year, he was awarded a $15 million grant from Stand Up 2 Cancer to lead a team of researchers to bring new cancer treatments to patients faster by investigating the role of PI3K in the development of breast, ovarian and endometrial cancers.