The Endangered Future of the Physician-Scientist

Practicing clinicians have traditionally played a central role in research, advancing breakthrough treatments for innumerable diseases, from smallpox and cholera to heart disease and cancer. While their insights remain important as ever, recent years have seen the role of the physician-scientist become greatly diminished. 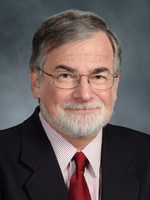 Explaining the reasons for this shift as well as potential solutions is a new book called "The Vanishing Physician-Scientist?" (Cornell University Press) by Dr. Andrew I. Schafer, the E. Hugh Luckey Distinguished Professor and chairman of the Department of Medicine at Weill Cornell Medical College and physician-in-chief at NewYork-Presbyterian Hospital/Weill Cornell Medical Center.

"In the last 30 years, there has been a dramatic increase in the number of non-physicians Ph.D.s conducting medical research that starts in a laboratory, while the number of physicians in academic medical centers conducting research has declined," says Dr. Schafer. "This is a major shift from the previous era when physicians often initiated research based on patient observations and led the research effort from clinical studies to laboratory work."

He attributes the change to a variety of factors, principally explosive advances in basic biomedical sciences such as genomic and molecular medicine, whose pace has outstripped clinical observation and has created a communications gap between basic science researchers and clinicians. Other factors include unpredictable research funding and the desire by academic physicians for greater work-life balance.

"It is no longer realistic to expect physician-scientists to master the vast and rapidly developing body of biomedical scientific information and, at the same time, to personally keep up with all the major changes that are occurring in the practice of medicine," says Dr. Schafer. "However, the disappearance of physicians from the basic medical research workforce would cripple the translational process of medical discovery."

Translational research, he proposes, is not a separate discipline but rather "the very core of all medical research." The key is dynamic, two-way partnership between clinicians and basic science researchers. He illustrates this concept through the metaphor of a highway as a research continuum stretching from basic to clinical to population-based research by public health researchers (even extending into the physical sciences and engineering at one end and social sciences at the other). Vehicles represent research teams that travel from one end to the other in either direction, from basic to clinical to populations research or vice versa, picking up and discharging passengers (researchers) as they go. At the basic sciences stage, the vehicle may be filled mainly with Ph.D.s, while the more clinical stages may have mainly M.D.s. However, successfully navigating the research highway requires constant and effective communication among the "driver and passengers" of the car — that is, the "research team."

The key is a seamless flow from the lab to the individual patient and back again. "Truly effective translational research requires a rebalancing of its direction to one of a dynamic, continuously streaming transit back and forth between bench and bedside," Dr. Schafer says. "The medical science of tomorrow will require much more than in the past the dynamic assembly of multidisciplinary teams of researchers, with collaborations bridging the gap between specialties."

Along with these collaborations, Dr. Schafer outlines several other important measures for ensuring a role for physicians in research, including more dependable financial support and intense mentoring. This is especially crucial, he says, for encouraging female physician-scientists. "The extraordinary intellectual powerbase of women as the future majority of physicians will be lost if they continue to find academic medical research careers as inhospitable as they do today."

Regarding the long-term prognosis for physician-scientists, Dr. Schafer states that "they should be considered 'endangered' today only in their current state, not in the sense of permanent extinction. They must not and will not vanish. Indeed, their future can be as bright as ever if we proactively fashion it with creativity, foresight and vision."

The book arose from an initiative led by Dr. Schafer on behalf of the APM — specifically a conference he chaired called "Revitalizing the Nation's Physician-Scientist Workforce." The initiative was funded by a grant from the NIH, with 12 of its Institutes and the Office of the Director contributing support. It was also supported by the Burroughs Wellcome Fund; Doris Duke Charitable Foundation; American Academy of Allergy, Asthma and Immunology; American Gastroenterological Association; American Society of Clinical Oncology; American Society of Nephrology; and Robert Wood Johnson Foundation.

Dr. Schafer is past president of the American Society of Hematology, the founding editor in chief of its publication, The Hematologist, and president-elect of the Association of Professors of Medicine.