A new study found that women with cervical cancer who had a radical hysterectomy with minimally invasive surgery had a significantly higher risk of death than those who had open surgery. 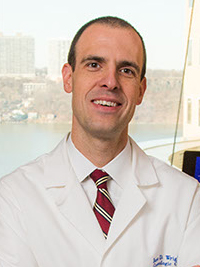 A new study shows that women with early-stage cervical cancer who underwent minimally invasive hysterectomy had a 65 percent higher risk of death compared to those who had open surgery. The study, which belies the general assumption that minimally invasive surgery is safer than conventional “open” surgery, was published online today in the New England Journal of Medicine.

“We suspected that there might be a difference in survival between the two approaches, but the extent of the difference was surprising,” says co-principal investigator Jason D. Wright, MD, associate professor of obstetrics and gynecology at Columbia University Vagelos College of Physicians and Surgeons and chief of gynecologic oncology at NewYork-Presbyterian/Columbia University Irving Medical Center. “Our findings suggest that minimally invasive surgery may not be appropriate for many patients with early-stage cervical cancer.” 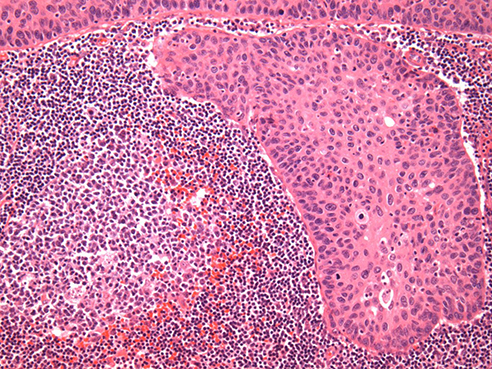 Radical hysterectomy was largely performed through a large incision in the abdomen until 2006, when some surgeons began adopting minimally invasive laparoscopic and robotic surgery. “There was a good rationale for this trend,” says Wright. “Studies had shown that for most cancers, outcomes with less invasive surgery are comparable to open surgery, with the added benefit of fewer short-term postoperative complications.”

But Wright and his colleagues began to suspect that minimally invasive radical hysterectomies might not be as safe as open surgery. In an analysis of data from throughout the United States, they noted that survival for women undergoing radical hysterectomy for cervical cancer remained relatively constant until about 2006.

“Survival began to decrease after then—exactly the same time that some surgeons began performing minimally invasive hysterectomies,” he says.

The researchers then analyzed data from the National Cancer Database of 2,461 women with early cervical cancer who underwent radical hysterectomy between 2010 and 2013. Half of the women had minimally invasive surgery. Within 4 years after surgery, 9.1 percent of the minimally invasive surgery group had died versus 5.3 percent in the open-surgery group, translating into a statistically significant 65 percent higher risk of death for the former, when the difference over four years is considered.

“We recommend that patients talk to their doctor about the available surgical options,” Wright says. “Although minimally invasive surgery was associated with higher mortality, some patients may be willing to accept that risk, especially if they have very early cancers.”

For patients with early cervical cancer who already had minimally invasive hysterectomy, Wright says they don’t necessarily need more checkups or more screening. “The overall prognosis for women with early cervical cancer after minimally invasive or open hysterectomy is excellent,” he adds. “In either case, they should get periodic checkups, and if they experience any symptoms, such as pain or changes in vaginal bleeding, they should consult their gynecologic oncologist.”

Jason Wright, MD, also is the Sol Goldman Associate Professor of Gynecologic Oncology at Vagelos College of Physicians and Surgeons.

The study was supported by grants from the National Institutes of Health (P30CA016672, 4P30CA060553-22, R25CA092203, and K12HD050121-12), the American Association of Obstetricians and Gynecologists Foundation, the Foundation for Women’s Cancer, the Jean Donovan Estate, and the Phebe Novakovic Fund.

Columbia University Irving Medical Center provides international leadership in basic, preclinical, and clinical research; medical and health sciences education; and patient care. The medical center trains future leaders and includes the dedicated work of many physicians, scientists, public health professionals, dentists, and nurses at the Vagelos College of Physicians and Surgeons, the Mailman School of Public Health, the College of Dental Medicine, the School of Nursing, the biomedical departments of the Graduate School of Arts and Sciences, and allied research centers and institutions. Columbia University Irving Medical Center is home to the largest medical research enterprise in New York City and State and one of the largest faculty medical practices in the Northeast. For more information, visit cumc.columbia.edu or columbiadoctors.org.

NewYork-Presbyterian is one of the nation’s most comprehensive, integrated academic healthcare delivery systems, whose organizations are dedicated to providing the highest quality, most compassionate care and service to patients in the New York metropolitan area, nationally, and throughout the globe. In collaboration with two renowned medical schools, Weill Cornell Medicine and Columbia University Vagelos College of Physicians and Surgeons, NewYork-Presbyterian is consistently recognized as a leader in medical education, groundbreaking research and innovative, patient-centered clinical care.