An investigational intervention using naturally occurring antibodies in human blood has preserved the thinking abilities of a group of mild- to moderate-stage Alzheimer's patients over 18 months and significantly reduced the rate of atrophy (shrinkage) of their brains, according to a study performed at the NewYork-Presbyterian Hospital/Weill Cornell Medical Center. These and other findings from the Phase II clinical trial of GAMMAGARD LIQUID and GAMMAGARD S/D Immune Globulin Intravenous (Human) (IGIV) for Alzheimer's disease (AD) were presented today at the American Academy of Neurology (AAN) meeting in Toronto. 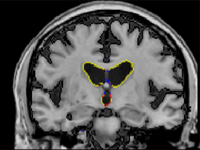 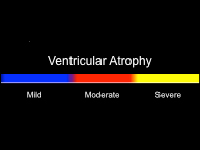 In a Late-Breaking News presentation at the AAN on Wednesday, April 14, at 7:30 am, Dr. Norman Relkin, director of the Memory Disorders Program at NewYork-Presbyterian/Weill Cornell, will report that patients receiving IGIV once or twice a month for 18 months had significantly lower rates of ventricular enlargement (6.7% vs 12.7% per year) and less whole-brain atrophy (1.6% vs 2.2% per year) than control subjects who initially received placebo. Dr. Relkin's findings were based on two independent analyses of brain-imaging data from 20 patients who underwent serial MRI scans during the Phase II study of IGIV for AD.

"Past AD studies that used MRI measures found no change or an accelerated rate of brain shrinkage after investigational treatments," Dr. Relkin notes. "To the best of my knowledge, this is the first trial in which long-term clinical benefits in Alzheimer's patients were accompanied by objective signs of reduced brain degeneration." Dr. Relkin is also an associate professor of clinical neurology and neuroscience at Weill Cornell Medical College in New York City. He was the principal investigator in the Phase II study and is currently leading a multicenter Phase III study of IGIV for Alzheimer's.

A typical AD patient's brain shrinks three to four times faster than a healthy older adult's as a consequence of accelerated brain cell death. This shrinkage of brain tissue causes the fluid-filled ventricles at the center of the brain to enlarge at a faster than normal rate. Changes in the size of the brain and ventricles can be measured accurately by analyzing results from two or more MRI scans obtained at an interval of at least several months apart.

The unprecedented reductions in these measures after IGIV reported by Dr. Relkin and his colleagues could indicate that IGIV exerts a disease-modifying effect that the current generation of approved AD treatments lack.

Dr. Relkin also found that rates of brain shrinkage after IGIV intervention were independent of the subject's age, gender and brain volume at the start of the study but strongly correlated with dose of IGIV and the clinical outcomes after 18 months of intervention.

The Weill Cornell research team also found that AD patients who responded best to IGIV did not measurably decline over 18 months, and had an average rate of brain shrinkage and average rate of ventricular enlargement comparable to the rate previously reported in normal elderly individuals. "A dose-related effect of an Alzheimer's intervention on brain ventricular enlargement has never been seen before, and it suggests that IGIV may, indeed, be sparing brain tissue," says Dr. James Brewer, a neurologist and assistant professor of neurology at the University of California at San Diego.

Dr. Brewer independently analyzed the MRIs from the Phase II IGIV study, and his findings closely matched those obtained by Dr. Dana Moore, a postdoctoral fellow working with Dr. Relkin at Weill Cornell. "I am particularly looking forward to examining the Phase III data when that study is completed," Dr. Brewer states. "Since it involves a considerably larger group of patients, it will permit us to obtain more detailed measures of atrophy in the brain regions specifically vulnerable to Alzheimer's disease."

More details about the study's cognitive testing results will be reported in a later presentation at the AAN meeting by Dr. Diamanto Tsakanikas, who performed cognitive and other testing of the study's participants. Dr. Tsakanikas is a clinical assistant attending neuropsychologist at NewYork-Presbyterian Hospital/Weill Cornell Medical Center and an instructor of neuropsychology in the Department of Neurology and Neuroscience at Weill Cornell Medical College. While conducting the testing, Dr. Tsakanikas was blinded to whether patients were receiving IGIV or placebo and to the IGIV dose.

When the unblinded study results were later analyzed, her testing indicated that AD patients who received uninterrupted IGIV for 18 months showed significantly less decline in their overall function and thinking abilities than AD patients initially given an inactive placebo. In some cases, IGIV intervention resulted in improvements in certain areas of cognitive functioning. "Functions mediated by the frontal regions of the brain showed the most consistent benefits in IGIV responders," says Dr. Tsakanikas.

The Phase II study involved 24 patients with mild to moderate Alzheimer's disease who were randomly assigned to receive IGIV (16 patients) or saline placebo (eight patients) for six months. Over the following 12 months, the initially placebo-treated group were subsequently received various doses of IGIV while the other 16 patients had uninterrupted IGIV at the initially assigned dose. The study included a comparison of four dosing regimens of IGIV, with doses ranging from 0.2 g/kg every two weeks to 0.8 g/kg every four weeks. "The Phase II study was carried out with the explicit goal of determining whether further testing of IGIV for Alzheimer's was justified," Dr. Relkin points out. "It succeeded in achieving that goal with a relatively small number of subjects. However, we now have to await the results of the larger, pivotal Phase III study to establish the magnitude of its effects on rate of brain atrophy and to confirm whether IGIV is safe and effective for treating AD."

IGIV is being tested as a potential agent for AD immunotherapy because it contains antibodies against beta-amyloid (Aβ), which is the main constituent of amyloid plaques in the brains of AD patients. IGIV is not approved to treat Alzheimer's disease but it is approved in the United States and other countries for certain immune deficiency and autoimmune disorders. A critical Phase III study of IGIV for AD, supported jointly by the National Institutes of Health (NIH) and Baxter Healthcare, is currently enrolling patients at 35 sites in North America (see more below).

The trial includes 35 actively enrolling sites at leading academic centers in the United States that are members of The Alzheimer's Disease Cooperative Study (ADCS), with an additional 12 sites pending in the U.S. and Canada. The involvement of the ADCS and NIH in the conduct of the Phase III trial will ensure the highest level of independent scientific evaluation of the potential role of IGIV in the treatment of Alzheimer's patients. For more information about enrolling in the ongoing Phase III trial, please visit www.GAPSTUDY.com or contact Jeffree Itrich at the Alzheimer's Disease Cooperative Study at 858-622-5827 or [email protected].