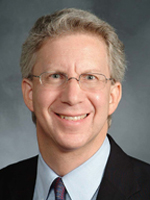 Dr. Dana Leifer, associate professor of neurology at Weill Cornell Medical College and neurologist at NewYork-Presbyterian Hospital/Weill Cornell Medical Center, has headed a study that establishes new guidelines to improve quality of care at stroke centers. The recommendations were published online on January 13 as a scientific statement from the American Heart Association and will appear in the March issue of Stroke: Journal of the American Heart Association.

The statement proposes a set of 26 standardized metrics for use by comprehensive stroke centers to monitor the diagnosis and treatment of patients with the goal of improving the quality of care stroke patients receive. The statement is part of the American Heart Association's plan to encourage designation of comprehensive stroke centers. Such centers would be located at hospitals that provide highly specialized and advanced treatment of stroke patients, including neurosurgical and interventional neuroradiological procedures and specialized intensive care.

In contrast to primary stroke centers for which certification focuses primarily on the ability to treat ischemic strokes medically, comprehensive stroke centers would be expected to provide specialized diagnosis and treatment for both ischemic and hemorrhagic strokes. For example, comprehensive centers would be able to use advanced techniques with catheters that can deliver intra-arterial drugs or mechanically extract clot from a blocked artery. They would also treat patients with ruptured brain aneurysms and other types of hemorrhagic strokes.

The new metrics look at the time from admission to perform certain procedures such as repair of a ruptured aneurysm and at the use of treatments such as nimodipine to prevent vasospasm, a major complication after rupture of aneurysms. The metrics also look at complication rates after procedures such as intra-arterial treatment of ischemic stroke and aneurysm repair and at outcomes after discharge from the hospital. Because comprehensive centers will treat many patients who initially present to another hospital, one of the metrics will look at the time that it takes to transfer patients to the comprehensive center.

The new recommendations are based on experience with previous quality improvement initiatives for stroke and other diseases. Multiple studies have now documented that such programs consistently improve patient care when they use standardized metrics to monitor the quality of care.

NewYork-Presbyterian Hospital has been designated as a primary stroke center by the New York State Department of Health since 2006.

The scientific statement by Dr. Leifer and his co-authors can be viewed at the PubMed Web site.

The American Heart Association has issued a listing of the recommendations in an announcement found by following the link below: http://www.newsroom.heart.org/index.php?s=43&item=1235