In March, the Commission on Cancer (CoC), a quality program of the American College of Surgeons (ACS) granted Three-Year Accreditation with five commendations, the highest honor a new program can achieve, to the NewYork-Presbyterian Hudson Valley Hospital Cheryl R. Lindenbaum Comprehensive Cancer Center. To earn voluntary CoC accreditation, a cancer program must meet 34 CoC quality care standards, be evaluated every three years through a rigorous survey process, and maintain levels of excellence in the delivery of comprehensive patient-centered care. Three-year accreditation with commendation is only awarded to programs that meet or exceed standard requirements. It is the highest honor a new program can achieve. 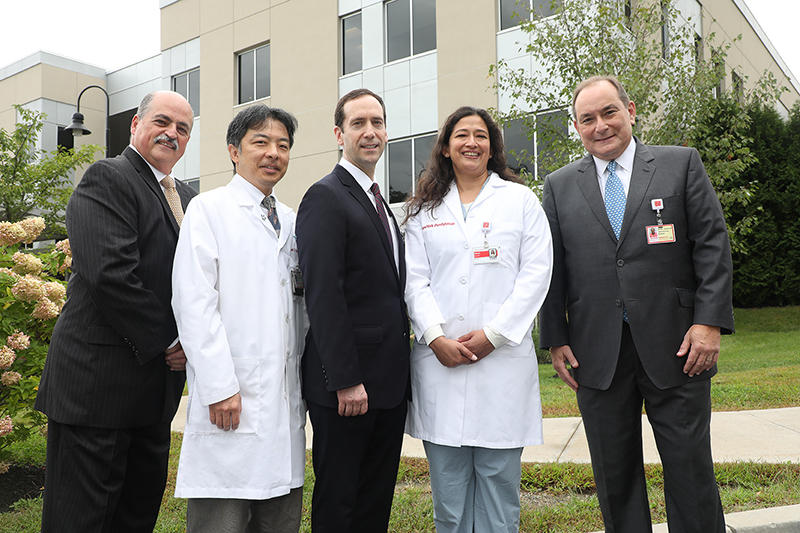 Curry Automotive’s Subaru dealerships and The Leukemia & Lymphoma Society of Connecticut, Westchester and Hudson Valley selected NewYork-Presbyterian Hudson Valley Hospital as a recipient of “Subaru’s Love Promise” campaign for the second year in a row. The nationwide campaign invited Subaru customers in June to write a “care card,” a note of hope and inspiration, to be tucked in a package for cancer patients that includes a blanket. 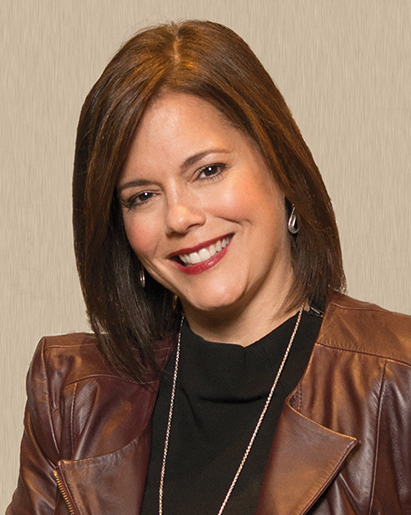 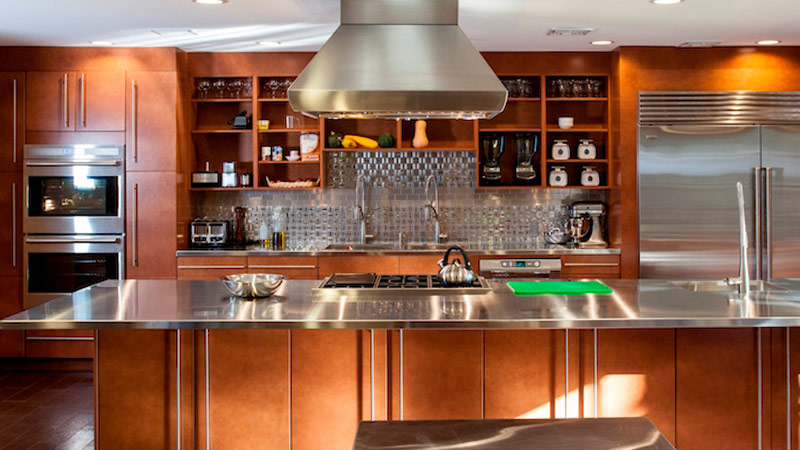 In keeping with the Hospital's vision of promoting culinary literacy as a path to better health, NewYork-Presbyterian Hudson Valley Hospital officially opened the Chef Peter X. Kelly Teaching Kitchen on July 21, 2014. Through its teaching kitchen and organic garden, the Hospital is working with patients and the general community to teach them to better manage their health through diet and lifestyle changes. Classes in the kitchen range from general cooking instruction to very specific curriculum for diabetics, heart patients, cancer patients, breastfeeding moms and those with gluten sensitivities.

A program designed especially for children - The Young Chefs of the Hudson Valley- works with children 11-13 in local schools to prevent childhood obesity. 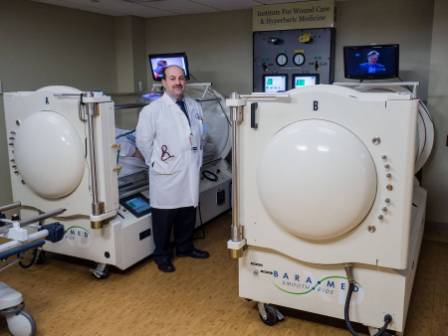 NewYork-Presbyterian Hudson Valley Hospital was awarded a Hyperbaric Medicine Service—National Re-Accreditation with Distinction by the Undersea and Hyperbaric Medical Society (UHMS) in June 2013, the leading authority in the nation on hyperbaric medicine.

NewYork-Presbyterian Hudson Valley Hospital is the only facility in the region to provide this level of service, according to the UHMS, the leading authority in the nation on hyperbaric medicine. 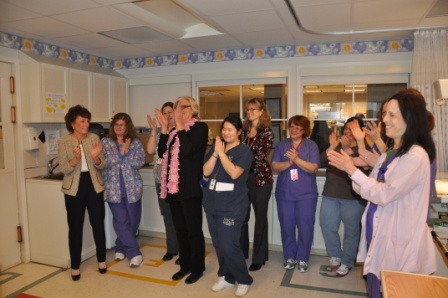 NewYork-Presbyterian Hudson Valley Hospital, already recognized for excellence in breastfeeding support, becomes the first hospital in the region to receive the designation as a “Baby Friendly” Hospital. On Feb. 1, 2013 Baby Friendly USA, a leader in the movement to promote breast feeding and infant health, announced that NewYork-Presbyterian Hudson Valley Hospital had become the 4th hospital in New York State and the only one in Westchester, Putnam and Rockland, to earn this coveted designation. 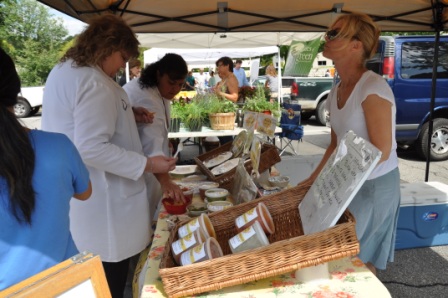 In keeping with its healthy eating initiatives, NewYork-Presbyterian Hudson Valley Hospital launches a series of Farmers Markets on July 31, 2012 in an effort to make local produce more readily available to the community.

On April 25, 2012 NewYork-Presbyterian Hudson Valley Hospital opened its Organic Garden for Healing. The partnership with Stone Barns Center for Food and Agriculture was part of a larger Hospital initiative called Harvest for Health which aimed to encourage preventive medicine through healthy eating. 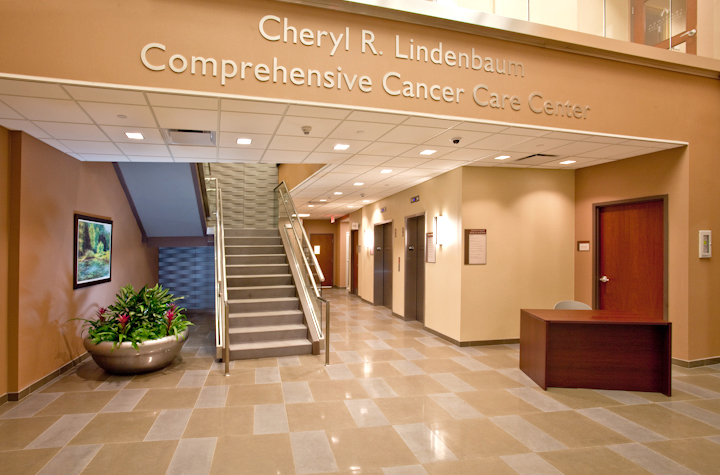 The Hospital broke ground on the 54,000 square-foot Cancer Center and Medical Office Building on August 7, 2010.

The Cancer Center, named for Cheryl R. Lindenbaum, offer radiation and infusion therapy as well as support services. Included in the center are renowned surgeons of the Ashikari Breast Center and the New York Group for Plastic Surgery.The building’s top two floors are dedicated to medical office space housing top doctors in orthopedics, cardiology, a women's imaging center, the Ashikari Breast Center, the New York Group for Plastic Surgery and the offices of the NewYork-Presbyterian Medical Group Hudson Valley. 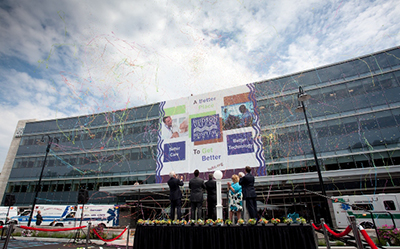 On June 24, 2010, NewYork-Presbyterian Hudson Valley Hospital held a grand opening to celebrate the completion of a $100 million hospital expansion. The 133,000 square-foot project included a four-story, 83,000 square-foot, all private room patient tower, a 450-space parking garage, a new lobby and gift shop and doubled the size of the hospital’s Emergency Department. NewYork-Presbyterian Hudson Valley Hospital received an APEX award for Economic Development Leadership from the Westchester County Association for the project, which was the largest economic development in Westchester County in 2010. 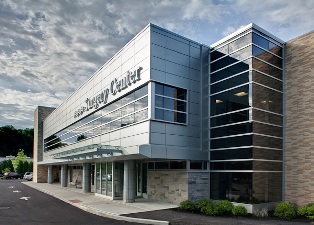 The new Operating Rooms are nearly 50-percent larger than typical ORs, designed to accommodate larger equipment for minimally invasive procedures, including most laparoscopic and orthopaedic surgeries such as hip resurfacing and joint replacement.  It also offers surgeons High Definition video and superior organization capabilities.  New to these ORs are easy to maneuver power booms, which anchor to the ceiling and are designed to provide the surgical team with quick and easy access to monitors and critical equipment.

First No Wait ER in the region 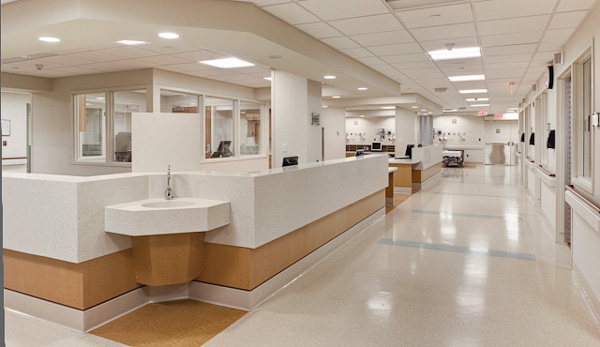 NewYork-Presbyterian Hudson Valley Hospital opens the first No Wait Emergency Department in the region, offering patients faster, more efficient treatment. With the help of a $500,000 challenge grant from Entergy Nuclear Northeast, NewYork-Presbyterian Hudson Valley Hospital has refurbished the Emergency Department to include the "no wait" concept. These renovations allow for a significant change in the "typical' process for a patient presenting to the Emergency Department. By moving the registration function to the bedside and creating more triage and treatment space, patients bypass the usual registration function and can be facilitated to a treatment area much quicker.

Other structural changes were made including: three new nurse triage rooms, four new treatment rooms, and a comfortable reception area. Also added is a separate entrance for the special decontamination room available 24-hours a day to handle a patient who must be isolated during treatment in the emergency room.

NewYork-Presbyterian Hudson Valley Hospital becomes the first in Northern Westchester/Putnam to be designated a Regional Stroke Center by the State Hospital Review and Planning Council. This means the Hospital has protocols in place to ensure a rapid response for patients experiencing stroke symptoms. When a stroke is suspected, our ER staff provides a fast evaluation of symptoms. The team also determines whether the patient is a candidate for Tissue Plasminogen Activator (t-PA), a medication that can minimize or even reverse the damage caused by the stroke if administered within three hours of the onset of symptoms.

The opening of a neonatal intensive care unit brings critical care to infants born at the Hospital. Level II Neonatal Intensive Care Unit provides specialized medical care for babies in a warm, caring environment. Our specially trained staff can care for premature babies born at 32 weeks or later, and full-term babies with certain medical conditions. Babies may be admitted because of medical problems present at birth that require close monitoring, or because they weigh too little at birth.

A progressive care unit is built on the rooftop of the Wagner Pavilion, an eight-bed unit designed to meet the needs of patients requiring critical care.

The maternity unit goes through a major renovation, now offering private rooms as well as whirlpool tubs in every labor/delivery room.

Changes and growth propel the hospital to begin a major expansion project, the Wagner Pavilion, to include a new emergency department, laboratory, operating rooms and ambulatory surgery suite. The hospital also takes a new name to better reflect its regional presence as a leading health care facility in the Hudson Valley.

The addition of the Terner Pavilion is completed and houses a new emergency department, radiology department and intensive care unit.

A new site more centrally located on Route 202 (Crompond Road) in the Town of Cortlandt Manor is identified, and a brand new hospital is built, featuring 114 beds.

The Dr. John N. Tilden Wing is erected at the site of the original house where ten years later a second wing was added in memory of area firemen who died during the famous Fleischmann's building fire.

A small group of community-minded women led the way by purchasing a pre-revolutionary house on lower South Street in Peekskill which became the Helping Hand Hospital.