The Department of Urology at Columbia University is a national leader in robotic prostatectomy and, working together with the National Cancer Institute-designated Herbert Irving Comprehensive Cancer Center, we are one of the nation's premier urologic cancer treatment facilities. The Robotics Center at NewYork-Presbyterian Hospital/Columbia University Irving Medical Center is one of only a few medical centers in the world with the expertise to offer comprehensive, minimally invasive robotic surgery of the prostate (prostatectomy), kidney (nephrectomy), bladder (cystectomy), and adrenal gland. 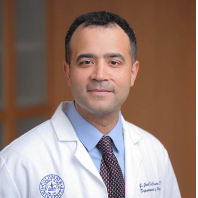 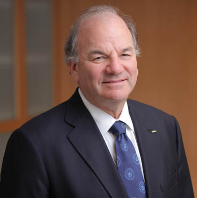 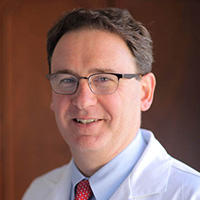 What is robotic surgery? 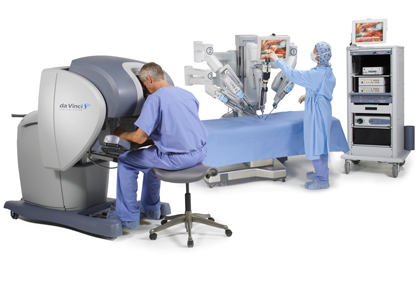 During robotic surgery, the surgeon uses the assistance of a robot to operate on the patient through tiny holes in the abdomen instead of a large open incision. The robotic technology, cited as #1 in Forbes magazine's Five Robots That Will Change Your Life, consists of a surgeon's console that controls a tower with four working arms. One arm controls the three-dimensional camera's movement inside the body, while the remaining three arms hold specialized laparoscopic instruments. The robotic arms precisely replicate the surgeon's exact hand and finger movements from the console.

NewYork-Presbyterian/Columbia University Irving Medical Center is one of a few select centers in the country and the first in New York City — to use the state-of-the-art High Definition daVinci-S Surgical System to perform robotic urologic surgery. We work very closely with the manufacturer of this system (Intuitive Surgical Inc, Sunnyvale, CA) to stay on the cutting edge of this technology.

What is robotic prostatectomy?

Robotic prostatectomy, also know as robot-assisted laparoscopic prostatectomy, is the most advanced prostate cancer treatment option for men who are candidates for surgery. The procedure is performed through five tiny holes in the abdomen to remove cancerous tissue while preserving vital nerves and arteries that control bladder and sexual function.

What are the benefits of robotic prostatectomy?

In the hands of experienced robotic surgeons, robotic prostatectomy offers:

What about cancer control after robotic prostatectomy?

The precise dissection around the prostate using robot-assisted surgery allows for the safe removal of diseased tissue and preservation of healthy nerves and arteries that control normal bladder and sexual function. Studies demonstrate that the cancer control is excellent and comparable to data from traditional open surgery. These results, coupled with improved sexual function after surgery, demonstrate the advantages of robotic prostatectomy.

What is the daVinci Surgical System?

What about sexual function after robotic prostatectomy?

Kidney surgery is traditionally performed using an open approach that requires a large painful incision. Another approach is conventional laparoscopy, which is less invasive than open surgery, but limits the doctor's dexterity, visualization and fine hand control compared to open surgery. Robotic kidney surgery incorporates the advantages of both open surgery and traditional laparoscopy and applies them to a robot-assisted minimally invasive approach.