Uncovering The Immunological Basis of Cytopenias In Childhood

At NewYork-Presbyterian/Weill Cornell Medical Center, a team of pediatric clinician-scientists is using genetic sequencing to uncover the immunological basis of cytopenias and guide precision medicine for children who suffer with these blood disorders. 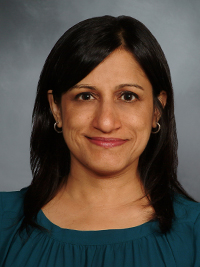 “Immune cytopenias, including immune thrombocytopenia (ITP) and autoimmune hemolytic anemia (AIHA), or a combination of different immune-mediated cytopenias in an individual patient, particularly when they becomes chronic, can be the presenting feature of an underlying primary immunodeficiency (PID) that may be related to a genetic defect in the patient’s primary immune system,” explains Shipra Kaicker, MD, a pediatric hematologist-oncologist and Director of the Pediatric Sickle Cell and Pediatric Platelet Disorders Program at NewYork-Presbyterian/Weill Cornell Medical Center.

“Now, with the availability of commercially available expanded gene panels for primary immune deficiencies and whole exome sequencing (WES), the analysis of all of the 21,000 protein-coded genes, we have the ability to investigate whether a patient’s immune cytopenia is due to an underlying genetic defect,” she says. “We will use this information to guide a precision medicine approach with targeted immune modulation therapies to effectively treat these cytopenias.” 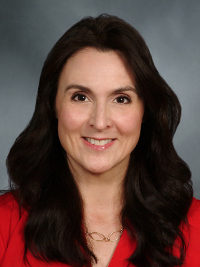 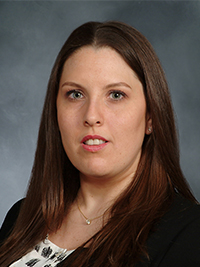 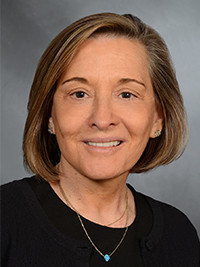 “If a patient in the hematology clinic is identified as having longstanding or refractory to treatment cytopenias, especially in the context of other pointers of an immune deficiency such as low immunoglobulin levels or a strong family history of autoimmunity or cancer, we begin to think that there may be an underlying genetic predisposition,” explains Dr. Kaicker. “We will refer the patient to Dr. Schussler in Pediatric Immunology for further work up and, after providing family counseling, to Dr. Bassetti in Pediatric Genetics. Our interdisciplinary team has monthly meetings to discuss the clinical features of each case and any pertinent positive immunological or genetic findings.”

“In the cases that we have worked up thus far, we have found that at least in some of these patients there are identifiable defects in one or more immune regulatory genes that could potentially explain their immune cytopenias,” continues Dr. Kaicker. “Often, we come across variants of uncertain significance in genes, which is a well-known problem with whole exome sequencing. In these cases, we ask the parent’s permission to take a step further and participate in a research protocol in which additional analyses are performed to look deeper into the abnormality.”

In at least one of the treatment-refractory ITP cases, the team’s identification of the underlying genetic cause of the cyptopenia led to a change in management strategy that resulted in the successful alteration in the type of immune modulatory treatment that the child received after she had already failed multiple other therapies.

“This 6-year old female had treatment-refractory chronic ITP and then developed Precursor B cell leukemia and also autoimmune liver dysfunction,” explains Dr. Kaicker. “We were struggling with why she had two autoimmune disorders, so we conducted WES to investigate a possible underlying etiology. WES revealed the patient had a pathogenetic mutation in the gene IKZF1 which encodes for a transcription factor Ikaros, which is crucial for hematopoiesis and B cell development.”

“Though the patient’s B cell quantity and phenotyping did not suggest significant impairment in B cell function, the presence of this genetic variant associated with B cell defects prompted us to a trial of Rituximab for the treatment of her refractory ITP,” continues Dr. Kaicker. “Rituximab, a monoclonal antibody directed against CD20, which is widely expressed on most B cells (with exception of plasma cells), is known to be effective in treating autoimmunity occurring in the context of B-cell defects and as a second line therapy in chronic, treatment-refractory ITP. Following four rounds of rituximab, the patient’s platelets improved significantly (>200,000/μL) and her liver enzymes normalized.”

Genetic counseling will also become an integral component of comprehensive care for the family members of patients with cytopenias in whom an inherited mutation is identified.

“In this patient’s case, WES, performed as a trio analysis, revealed that she inherited the gene mutation from her 30-year-old mother, who did not have any history of frequent, severe or unusual infections, autoimmune disease, or hematologic malignancies,” says Dr. Kaicker. “However, because other disorders are inherited along with this genetic defect, we recommended the mother undergo more extended genetic counseling.”

“It is critically important to educate patients and clinicians that autoimmunity can be a first sign of a PID without the patient necessarily having a history of frequent or severe infections which is the expected manifestation,” adds Dr. Kaicker. “ Autoimmune manifestations in such patients can also manifest as a number of autoimmune diseases such as inflammatory bowel disease, unexplained bone marrow failure, or unclear lymphoproliferative disorders.”

Dr. Kaicker is the Principal Investigator of a pilot grant in which she is prospectively taking blood cell samples of 20 patients with ITP and performing an in-depth analysis of these blood samples over time using flow cytometry to determine if one or more subsets of T cell helpers and/or B cells will be differentially altered in patients who develop persistent/chronic versus acute ITP. “The study findings will be correlated with clinical outcomes to help uncover potential pathways responsible for continued immune dysregulation and potential therapeutic targets for difficult to treat ITP,” explains Dr. Kaicker.

“Our goal is to find a more personalized treatment approach for streamlining the type of immune modulation to be used for patients, as well as provide meaningful data for disease prognosis,” says Dr. Kaicker.