Extra-intestinal manifestations (EIM), including oral ulcers, joint pain, anemia, and skin involvement, are frequently seen in adults and children with inflammatory bowel disease (IBD). Pediatric gastroenterologists routinely ask their patients about these symptoms during follow-up visits. Indeed, of the more than 800,000 children in the United States diagnosed with IBD, some 29 percent will develop an EIM at some point up to 15 years after diagnosis, and one-fourth of patients will experience at least one EIM within two to three years of diagnosis. 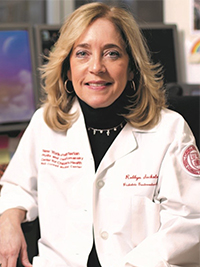 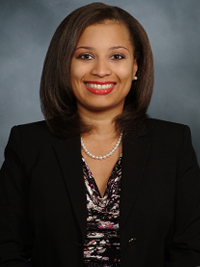 Though pulmonary symptoms have been noted in both adults and children with IBD, including cough, wheezing, shortness of breath, exercise intolerance, hemoptysis, and chest pain, the precise incidence of these manifestations is not well documented. The literature on pulmonary symptoms in the pediatric population with IBD primarily involves case series, case reports, and several small studies. Understanding that pulmonary complications may be poorly recognized and under-reported, Robbyn E. Sockolow, MD, Chief of Pediatric Gastroenterology and Nutrition at NewYork-Presbyterian Komansky Children’s Hospital and Professor of Clinical Pediatrics at Weill Cornell Medicine, and Elaine B. Barfield, MD, Associate Professor of Clinical Pediatrics at Weill Cornell Medicine, recently led a study to assess the pervasiveness of pulmonary manifestations in the practice’s pediatric IBD population.

The Weill Cornell Medicine researchers recommend that providers consider asking about pulmonary symptoms during follow-up visits as early recognition of pulmonary symptoms may expedite timely consultation with pulmonary specialists and intervention when necessary.

The study focused on 159 patients with IBD between the ages of 12 and 22 years of age from the pediatric gastroenterology outpatient clinic or outpatient infusion center at NewYork-Presbyterian Komansky Children’s Hospital. Of these, 121 patients had Crohn’s disease, 29 had ulcerative colitis, and 9 had indeterminate colitis. The Weill Cornell Medicine researchers administered the St. George’s Respiratory Questionnaire (SGRQ), a self-reported measure of quality of life in patients with pulmonary disease, during a subsequent office visit. The SGRQ covers the frequency of respiratory symptoms such as cough, wheeze, sputum production and exertional dyspnea, disturbances to physical activity, and impairment of psychosocial functioning over the previous three months timeframe. An SGRQ ≥ 25 is indicative of respiratory problems. Disease activity scores, including the Pediatric Crohn’s Disease Activity Index (PCDAI) and the Pediatric Ulcerative Colitis Activity Index (PUCAI), were also determined on the day of the same office visit.

The study findings, which were published in the June 2020 issue of Clinical Pediatrics, showed:

The researchers noted, “Our results suggest that pulmonary symptoms are significantly increased in patients experiencing active disease versus those in remission. Furthermore, there is a significant association between the presence of pulmonary symptoms and history of surgical treatment of IBD. The gut and the lung share a common embryological origin from the primitive foregut, and therefore one could postulate that disease activity in one could have an impact on the other. However, the causes or mechanisms of the various forms of lung involvement in IBD and its subtypes and relation to surgical intervention remain poorly understood.”

In conclusion, the investigators pointed out that patients and families may not recognize that pulmonary symptoms can be associated with active IBD and therefore may fail to report them to their gastroenterologists. Additionally, though patients in the Crohn’s disease cohort who were in remission reported fewer pulmonary symptoms compared to those with active Crohn’s disease, dormant pulmonary abnormalities may still exist. The Weill Cornell Medicine researchers therefore recommend that providers consider including pulmonary symptoms as one of the EIM they ask about during follow-up visits, even in children who are in remission or have no active GI disease. Early recognition of lung-related symptoms may expedite timely consultation with pulmonary specialists and intervention when necessary.