Power of the Placenta: Explorations in Neurodevelopmental Implications 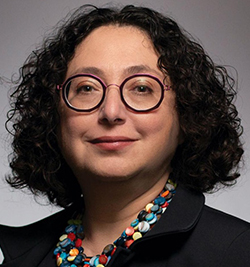 The placenta plays a critical role in supporting fetal development, but little is known about the influence this temporary organ commands when things go wrong. Anna Penn, MD, PhD, Chief of Neonatology, NewYork-Presbyterian Morgan Stanley Children’s Hospital, is a leading clinical neonatologist and developmental neuroscientist. Dr. Penn, in fact, coined the term “neuroplacentology” and has pioneered research in this area, which examines the influence of the placenta on fetal brain development.

Dr. Penn and her colleagues continue to pursue investigations in this emerging field, exploring the causal relationship between placental dysfunction and a number of neonatal and early childhood pathologies and neurodevelopmental disorders.

In an article published in the August 2021 issue of Seminars in Fetal and Neonatal Medicine, Dr. Penn and colleagues in Departments of Pediatrics in medical centers across the country examined how current understanding of the link between placental pathology and neonatal encephalopathy can inform clinical decisions.

The research group provided a comprehensive look at:

Their review suggests that “direct and sensitive measurements of placental function across pregnancy using advanced techniques in combination with placental examination after delivery should provide more precise predictive correlations with neonatal encephalopathy and point to specific biological disruptions that may be causative.” The authors note that the ability to better understand placental factors will contribute to early identification of the risk of neonatal encephalopathy and facilitate timely intervention to prevent injury.

A Focus on Placental Endocrine Function

The placenta plays an essential neuroendocrine role and when disrupted by infection, malnutrition, or genetic abnormalities, the hormonal environment of the developing brain can suddenly be altered. While a number of studies linking placental compromise to fetal brain injury focus on gas exchange or nutritional programming, the placenta’s neuroendocrine role has not been sufficiently investigated.

Is there a specific placental hormone that can alter fetal brain development in late gestation with postnatal developmental consequences? Research, led by the Division of Neonatology at Columbia University Irving Medical Center, sought to answer this question in a mouse model, examining the effects of the reduction of allopregnanolone (ALLO), a placental steroid hormone that usually peaks in the second half of gestation when placental insufficiency becomes apparent and preterm birth occurs.

Their experiments demonstrated a link between specific placental ALLO insufficiency and sex-specific cerebellar myelination associated with a phenotype similar in autism spectrum disorders. This ALLO insufficiency was shown to alter fetal brain development in late gestation and result in postnatal developmental consequences, but they found that a single injection of ALLO late in pregnancy mitigated ASD-associated brain structures and behaviors.

“Identifying when key hormone levels are abnormal and figuring out how and when to adjust these levels provides an opportunity to intervene.” — Dr. Anna Penn

According to the authors, “the sex-linked phenotypes of [their] mouse model parallel human pathological features, strengthening the translational value of [the] findings. These experiments suggest that the cerebellum is the primary brain region affected by the lack of placental ALLO in males. Other brain regions might be altered specifically in females.”

This discovery that loss of placental hormones might contribute to specific human neurobehavioral outcomes has important implications for preventing the development of ASD, which is more frequently diagnosed following an extremely preterm birth, particularly in males.

“Identifying when key hormone levels are abnormal and figuring out how and when to adjust these levels provides an opportunity to intervene,” says Dr. Anna Penn. “Performing additional studies with our mouse model, and measuring hormone levels in moms and babies, may lead to earlier treatment to reduce or prevent long-term cognitive and behavioral impairments in high-risk fetuses and newborns.” 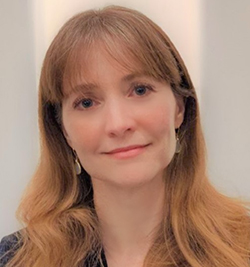 “Our study provides new and intriguing insights into how the loss of placental hormone, which happens in preterm birth, or if the placenta stops working well during pregnancy, can lead to long-term structural changes in the brain that increase the risk for autism or other neuropsychiatric disorders,” says lead author Claire-Marie Vacher, PhD, Assistant Professor of Neonatal Sciences in the Department of Pediatrics at Columbia University Vagelos College of Physicians and Surgeons. “What’s encouraging is that these disorders may be preventable if diagnosed and treated early.”