While chronic myeloid leukemia (CML) in children and adolescents is generally associated with more aggressive clinical features than CML in adults, both are treated with tyrosine kinase inhibitors (TKI) with comparable response rates. The differences reside in the duration of treatment and that children are often exposed to the drugs during active growth periods and the onset of puberty. The longer exposure to these drugs in children and the developmental stage during which they are administered may lead to long-term endocrinological consequences on growth, bone metabolism, puberty, and fertility, among others side effects still to be defined.

The TKI nilotinib has been previously studied in a small sample of pediatric patients in a phase 1 clinical trial completed in 2015 that showed that the drug had a manageable safety profile generally consistent with that observed in adults. At the same time, however, the study also demonstrated a reduction in growth rate over time in study participants – a finding that warranted further follow-up, including a more formal evaluation of growth trends in children. 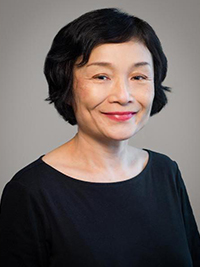 To this end, Nobuko Hijiya, MD, a pediatric oncologist in the Division of Pediatric Hematology/Oncology/Stem Cell Transplantation at NewYork-Presbyterian Morgan Stanley Children’s Hospital and Columbia, led a multicenter long-term phase 2 study in 36 study locations in the U.S. and abroad to further evaluate the efficacy, safety, and pharmokinetics of oral nilotinib.

Patients were grouped into two cohorts – those newly diagnosed (ND) with CML and those with CML who were resistant to or intolerant (R/I) of imatinib or dasatinib. Study participants completed >48, 28-day treatment cycles of nilotinib 230 mg/m2 twice daily, with regular height assessments performed using standard deviation scores (SDS) based on World Health Organization growth charts. In total, 33 patients in the R/I cohort and 25 patients in the ND cohort received nilotinib.

Overall, the study’s findings, published in the July 27, 2021, issue of Blood Advances, clearly showed attenuated linear growth rates during nilotinib treatment, confirming the trend toward growth deceleration over time that had initially been reported in the phase 1 trial involving >36 cycles of nilotinib treatment. However, the newer trial also indicated that safety was consistent with prior reports and no new safety signals were observed despite long-term treatment, and adverse events that were reported could be managed through monitoring and dose reduction.