The pediatric heart team at NewYork-Presbyterian Morgan Stanley Children’s Hospital is increasingly seeing cases of pulmonary vein stenosis (PVS), a rare and life-threatening condition that impedes the delivery of oxygenated blood from the lungs to the heart. PVS generally affects premature infants, developing in the neonatal ICU shortly after birth or detected when babies present with respiratory problems or are not gaining weight. 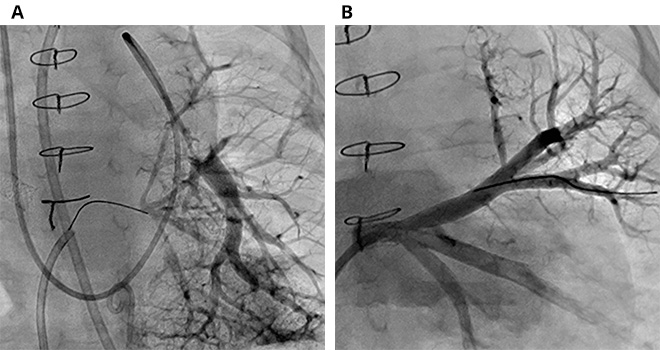 “Due to its frequent recurrence and progression, pulmonary vein stenosis is particularly difficult to treat, requiring multidisciplinary expertise in surgical, transcatheter, and medical therapies,” says Christopher J. Petit, MD, Chief of Pediatric Cardiology at NewYork-Presbyterian Morgan Stanley Children’s Hospital. “Once considered rare, PVS is now becoming more commonly seen by clinicians. The pessimism, which attended this disease, has been challenged by many of us who have seen inspiring outcomes, with children surviving and thriving despite the diagnosis of PVS.”

"What makes Columbia and Morgan Stanley Children's Hospital unique," adds Dr. Petit, "is the very close partnership and trust between the cardiology/catheterization programs and the congenital surgery program led by Dr. Emile Bacha. This partnership allows us access to entire novel approaches to treat PVS, combining surgical and transcatheter — balloon and stent — methods in one procedure." 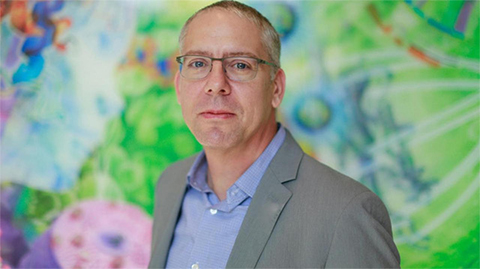 Treatment of PVS, however, is anything but common, requiring multiple interventions during the first two years of life when infants and children with PVS are at highest risk for life-threatening complications. “While surgery and transcatheter interventions have been the mainstay of treatment for pulmonary vein stenosis to preserve the patency of the vessel, promising medical therapies are on the horizon,” notes Dr. Petit, who, in 2017, established one of the nation’s first pulmonary vein stenosis programs for these young patients. 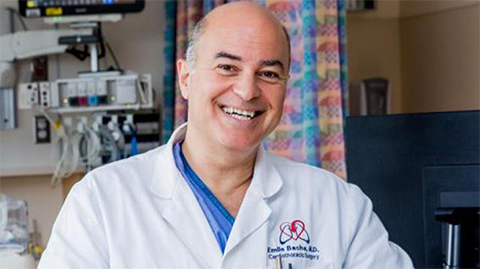 “The recurring and progressive nature of PVS means that a baby who is seemingly thriving can spiral into crisis weeks or months after treatment,” says Emile Bacha, MD, Chief, Division of Cardiac, Thoracic, and Vascular Surgery at NewYork-Presbyterian/Columbia University Irving Medical Center, and Director, Congenital and Pediatric Cardiac Surgery at NewYork-Presbyterian Morgan Stanley Children’s Hospital. “We have to be relentless in our surveillance of these patients, many of whom will need frequent interventions. We have patients coming back for therapy, including cardiac catheterizations, every six to eight weeks during the first year of life and then are followed closely until they are two or three years old.”

With the limited success of anatomic interventions for PVS in infants, Dr. Petit and his colleagues at Emory University and Children's Healthcare of Atlanta focused their attention on medical therapies. They undertook a study to examine systemic sirolimus therapy as a primary medical therapy targeting the cellular signaling pathways responsible for the recurrence and progression of PVS. Systemic sirolimus therapy (SST) was administered to 15 patients with severe PVS who also received standard surveillance and anatomic therapies and compared with a contemporary control group. The results showed a survival benefit associated with SST in infants and children with moderate-to-severe PVS. The researchers are now developing a multicenter study to evaluate this treatment further.

“Within a few months, our study dramatically changed the care of patients with pulmonary vein stenosis, leading to centers adopting systemic sirolimus therapy, which is very exciting.” — Dr. Christopher Petit

“The close collaboration of our multiple pediatric heart specialists has resulted in improved outcomes for infants and children with pulmonary vein stenosis,” adds Dr. Bacha. “Our success has been a combination of innovations - medical, catheter-based, and surgical, including a hybrid approach in which our surgeons work with cardiologists under open-heart surgery conditions.”

Do Genetics Play a Role?

The etiology of pulmonary vein stenosis remains unclear, as does a potential role for genetics.
Wendy K. Chung, MD, PhD, is Chief, Division of Clinical Genetics, Department of Pediatrics, NewYork-Presbyterian/Columbia University Irving Medical Center, and a renowned clinical and molecular geneticist with 20 years of experience in human genetic research. In November 2021, Columbia University Irving Medical Center with NewYork-Presbyterian was named a Center of Excellence by the National Organization for Rare Disorders (NORD) with Dr. Chung as Director. A physician-scientist and clinical geneticist at Columbia and NewYork-Presbyterian Morgan Stanley Children’s Hospital, she has identified more than 50 rare genetic conditions.

“As a NORD Center of Excellence, we’re joining forces with other centers to improve care for all patients with rare diseases, and we will have even more opportunities to participate in clinical trials of new treatments on a much broader scale,” says Dr. Chung. 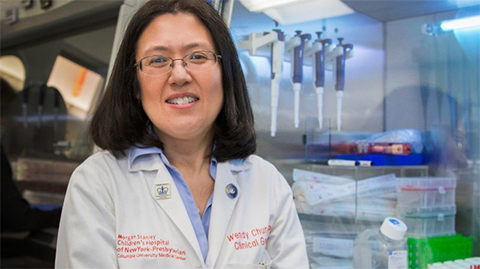 With PVS still considered a rare disease, albeit being seen more frequently, and the major treatment challenges associated with the disease that are still to be overcome, it was a natural next step for Dr. Petit and Dr. Chung to merge their expertise to explore possible genetic underpinnings of PVS in children. In a prospective study, the researchers are obtaining tissue samples from infants and children with PVS who undergo surgery or a catherization procedure at NewYork-Presbyterian Morgan Stanley Children’s Hospital.

“We are collaborating with Dr. Chung to understand if there is a genetic component to pulmonary vein stenosis and if genetics can help us understand who is going to get it, who is going to progress, and lead us to a potential targeted therapy,” says Dr. Petit.