Obsessive-compulsive symptoms identified in early childhood indicate an increased risk of being diagnosed with OCD later in development although there is limited research exploring the neural or cognitive mechanisms that produce these symptoms. Neuroimaging studies of OCD commonly associate disruptions in regions of the cortico-striatal-thalamic circuits as central to the pathogenesis of OCD and link these brain alterations to obsessions and ritualistic behavior. However, recent data points to the possibility of broader neural connections, including structural, functional, and connectivity variations in both the frontostriatal and task-control neural circuits. Specialists believe that understanding these key associations would help improve early symptom recognition to identify children and adolescents most at risk. 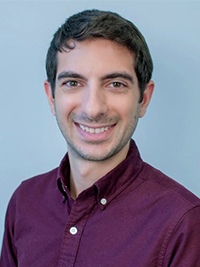 Under the leadership of David Pagliaccio, PhD, Assistant Professor of Clinical Neurobiology in Psychiatry, colleagues in the Division of Child and Adolescent Psychiatry at Columbia University examined data from the Adolescent Brain and Cognitive Development (ABCD) study – the largest, prospective study of its kind, with a sample size of 11,876 children 9 and 10 years old. This comprehensive, multicenter study involved 21 sites across the United States to assess variability in the adolescent brain and better understand factors that influence cognitive development.

The study found that cortico-striatal and attention network connectivity are likely mechanisms in the subclinical-to-clinical spectrum of obsessive-compulsive symptoms. According to the authors, understanding of the correlates and mechanisms of obsessive-compulsive symptoms may explain their role in childhood psychiatric risk and suggest the potential value of neuroimaging for identifying children at increased risk for OCD.

Evaluating Response to CBT for OCD

Cognitive behavioral therapy (CBT) is an effective treatment for OCD, yet some patients may not show sufficient improvements with this approach. A study led by researchers in the Division of Child and Adolescent Psychiatry at Columbia University used MRI to understand brain structural alterations in children and adolescents with OCD that predict response to CBT. Their study involved 55 unmedicated participants – 28 patients with OCD and 27 healthy controls – between the ages of 7 and 18 years old. All participants underwent high-resolution structural and diffusion MRI. Participants with OCD completed 12- to 16-hour-long sessions of CBT with exposure and ritual prevention. 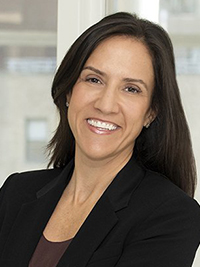 The patients with OCD showed reduced white matter connectivity in brain networks that typically support cognitive control processes. “This indicates that communication between these regions might be altered in pediatric OCD,” says Rachel Marsh, PhD, Director of MRI Research, New York State Psychiatric Institute. “We also found that the thickness of several regions in these networks predicted patients’ response to therapy. The thinner the cortices, the better response they had to the CBT. Since these regions that support control processes tend to get thinner over typical development, the findings suggest that advanced cortical maturation may relate to better CBT response.”

Published in the December 2020 issue of The Journal of Child Psychology and Psychiatry, the study contributes to the understanding of the neural mechanisms underlying pediatric OCD. The identification of pre-treatment neural markers could help to identify patients most likely to respond to exposure-based therapy or other treatments in the future.

The authors note that the results provide further evidence that this pathway is a potential target for novel treatments or prevention strategies aimed at facilitating adaptive learning and fear extinction in children with OCD or subclinical OCD symptoms.