A Playbook for Injury Prevention in Athletic Youths

Columbia University’s sports medicine physicians, many of whom have been competitive athletes themselves, have a distinguished record of returning players to their sport in optimal form. Several serve as team physicians for high schools, colleges, and youth athletic leagues in addition to professional sports teams. Among them are Christopher S. Ahmad, MD, Charles A. Popkin, MD, and Lauren H. Redler, MD, who have a particular interest and expertise caring for young athletes. 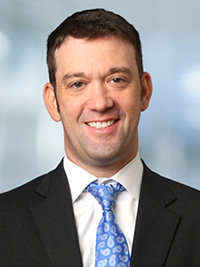 “Over the past few years, a new and shocking group of kids are finding their way into my office as a result of pain or an injury usually reserved for older athletes,” says Dr. Ahmad, Chief of Sports Medicine, NewYork-Presbyterian/Columbia University Irving Medical Center, and Vice Chair of Clinical Research for Columbia Orthopedics. “We have found that sports specialization is a contributing factor to injuries in youth and is increasingly being researched and identified as a risk factor for overuse injuries and burnout.”

As head physician for the New York Yankees, Dr. Ahmad treats elite athletes, all-stars, and celebrities known around the world. But he has always felt a special responsibility for the game’s young athletes. “They’re not getting paid to play this game, and they’re hopefully playing for fun, even if they aspire to be professionals one day,” says Dr. Ahmad, who has worked for years to train other doctors and sports medicine specialists about injury prevention, but his practice continues to see an increase in the number of young athletes needing surgery.

“We have found that sports specialization is a contributing factor to injuries in youth and is increasingly being researched and identified as a risk factor for overuse injuries and burnout.” — Dr. Christopher Ahmad

Dr. Popkin agrees. “The pressure to play sports year round is ever growing,” says Dr. Popkin, who has dedicated his career to the comprehensive treatment and prevention of injury in developing athletes. “In ice hockey, a season can go six or seven months as it is. And then when the regular season ends, there is AAA hockey in the spring, 3-on-3 hockey, and summer camps. Very similar to baseball, there's certainly a lot of pressure for kids to be on the ice year round.”

“In studying aspects of sports specialization, a phenomenon that we call early professionalization, we found that coaches and parents are not aware of how devastating overspecialization can be,” says Dr. Ahmad. “Also, we learned that the demands from coaches on their players are extreme. As an example, we surveyed kids in New Jersey and New York communities and found that more than 50 percent felt that at an early age their coaches pressured them to stop playing multiple sports because it would detract from their skill development within that sport. The coaches, of course, are big influences – a youngster can’t say no to a coach.”

“Even when different sports involve similar actions – running, jumping, or twisting – they involve different sets of muscles and different combinations of those muscles,” says Dr. Redler. "That periodization where you're changing which muscles you're using during different periods of the year helps to offload the stress on some of those muscle groups thereby preventing chronic overuse injuries. At the same time, it enables athletes to strengthen a larger set of those muscles, making them better equipped to handle unanticipated situations that put them at risk for injury. In fact, the athletes who play multiple sports growing up are the ones that excel for longer in those sports. They are the ones who play at the college level and make it to the professional level. They are also the same kids who are less likely to get injured. If we can get this message out, then it will be more popular for these kids to remain multi-sport athletes at a young age and not specialize too early.”

“Certainly, parents want to provide opportunities for their child to participate in sports, but there is a danger of going into overdrive, such as adding personal coaches and private practice time. At a certain point this produces diminishing returns.” — Dr. Charles Popkin

“You also have well-intentioned parents that really want the best for their kids,” adds Dr. Popkin. “Sports teach them important values…how to be a part of the team, how to be on time, the importance of working hard and working together for a common goal. Certainly, parents want to provide opportunities for their child to participate in sports, but there is a danger of going into overdrive, such as adding personal coaches and private practice time. At a certain point this produces diminishing returns.”

In a study published in the July 2019 issue of Orthopaedic Journal of Sports Medicine, Dr. Ahmad and his colleagues looked at Major League Baseball players to determine which athletes played more than one sport besides baseball in high school and if that had a positive effect on their health as an adult professional player. “The ones that played multiple sports in high school, in fact, had a lower injury rate as a professional player,” says Dr. Ahmad. “We can now go to parents and coaches and say it’s better if young athletes play multiple sports, even in high school, so that they give their body a rest from the overuse of specific muscles. For example, if you’re a baseball player, your elbow is at risk for injury if you don’t have any time to rest. But if you play basketball in the winter, you get a rest period from it. So, for the first time, we can speak directly to the biggest influencers on young player health and those are parents and coaches.”

In a subsequent study published in the October 2020 issue of The Orthopedic Clinics of North America, Dr. Ahmad, Dr. Popkin, and their orthopedic colleagues also supported the finding that early sports specialization “leads to increased risk of injury, higher rates of burnout, and lower lifelong sports participation without increasing elite achievement.”

Additional research by Columbia University faculty characterized high school sport specialization in top National Football League (NFL) athletes to determine whether associations exist between single-sport specialization and future injury risk, performance, and longevity. Their findings, published in the December 2020 issue of The Physician and Sportsmedicine, based on an analysis of 318 NFL first-round draft picks, showed that multi-sport athletes in high school were highly prevalent (88 percent, n = 280), while only 12 percent (n = 38) of athletes were classified as single-sport. No difference was found between multi-sport and single-sport athletes regarding games missed to upper or lower extremity injuries, total games played, or NFL longevity. Further, no significant difference was seen in the proportions of athletes reaching at least one Pro Bowl. Overall, the authors note that single-sport football participation in high school does not appear to aid athletes in reaching or succeeding in the NFL.

As a former Division I college athlete who played four years of varsity lacrosse at Georgetown University, Dr. Redler understands first hand the athlete’s desire to recover quickly so they can get back in the game. “I always tell my athletes and their families that there are two components to getting back to playing safely,” she says. “There’s a physical readiness…did your injury heal? Did your ACL surgery go well? Have you recovered and completed rehab? But there’s also psychological readiness. Fear often accompanies recovery. This is particularly apparent in athletes who have had a previous injury and even more so if it’s the same sport in which they were first injured.”

“With regard to pediatric athletes, their physical development, emotional development, and social development will all affect how they respond to their injuries and how they get back to playing safely.” — Dr. Lauren Redler

The importance of this psychological component is underscored in the ACL Return to Sport after Injury (ACL-RSI) questionnaire that measures an athlete’s psychological readiness to return to sport after an ACL injury and reconstruction. “This is a validated questionnaire looking at the fear component of getting back to the sport,” notes Dr. Redler. “We are currently adapting this tool to be used for other injuries such as patella instability and shoulder instability. In fact, there’s a physical exam maneuver used to examine the shoulder that is literally called The Apprehension Test in which the arm to be tested is abducted to 90 degrees with the elbow flexed to 90 degrees. You then rotate the humerus. If the patient expresses reluctance or apprehension during the movement, it reveals that they are nervous that the same injury will occur again.”

According to Dr. Redler, applying the ACL-RSI tool to different types of injuries provides objective criteria that will help guide athletes on their readiness to play. “Studies show that if an athlete scores below a certain number, then they’re not psychologically ready to go back to the sport. Even if their rehab suggests they are physically ready, they’re at an increased risk of re-injury.”

”What makes our department unique is how much time our physicians and physical therapists spend informing our patients and their parents and communicating with their coaches,” adds Anise Johnson, a certified athletic trainer with Columbia’s Department of Orthopedic Surgery. “There is a chain of communication that begins among all of us so that we’re all on the same page striving to make that patient comfortable, informed in their treatment, and providing consistent messaging on the process of getting them back to where they want to be as an athlete and with the confidence that they have a clinical team supporting them in that goal.”

“A lot of kids we meet might have heard the word ACL or meniscus, but do not truly know what they mean in terms of their own injury and their recovery,” notes Dr. Redler. “So it's really important to me as their physician to help them understand fully what’s going on and why we’re recommending the treatment that we’re recommending.”

Ms. Johnson concurs. “I think it’s amazing when a patient can walk out of their office visit and say, ‘This is what I have. This is what I know I need to do. This is what I'm going to do moving forward, and I have a team behind me that's going to help me get through this.’”