The Brain: A New Normal After Menopause 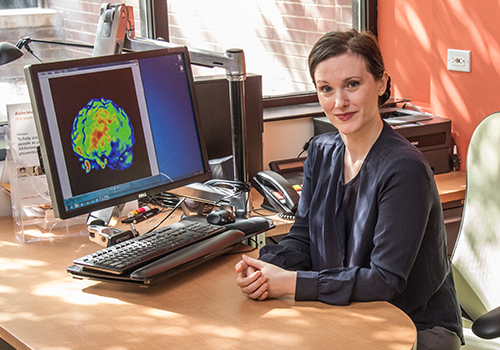 The menopause transition is a neuro-endocrinological process that occurs over time and is characterized by clinically defined stages with specific neurological symptoms. How this process impacts the brain, however, is not well understood.

A study led by Lisa Mosconi, PhD, Director of the Women's Brain Initiative at Weill Cornell Medicine, used magnetic resonance imaging, magnetic resonance spectroscopy, and positron emission tomography to better understand the transition from pre- to post-menopause, with its steep decline in estrogen production, and its impact on the brain.

This multi-modality neuroimaging study involved brain scans of 161 women between the ages of 40 and 65 – from those who had not yet begun the menopause transition, to those in peri-menopause, and a third group who were post-menopausal. The results, published in the June 9, 2021 issue of Scientific Reports, suggest that changes occur in many brain areas throughout the menopause transition. For example, gray matter volume was lower on average from the pre-menopausal to the post-menopausal group in the inferior temporal gyrus. Glucose use also declined from pre- to post-menopause over large portions of the temporal lobes and white matter volume declined in multiple regions throughout the brain. 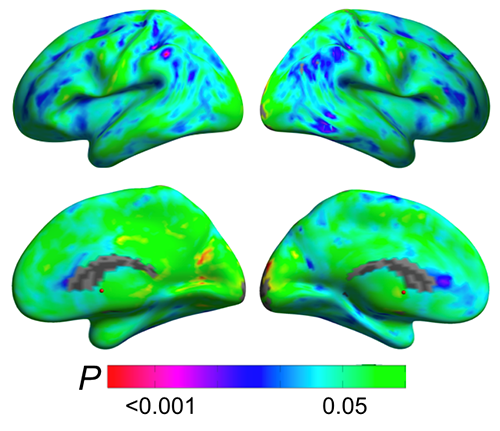 “However, participants’ brains at least partly compensated for these declines, for example, with increases in cerebral blood flow and ATP production in some of the same regions where changes in brain matter volume and glucose use occurred,” explains Dr. Mosconi. “These effects involved brain regions subserving higher-order cognitive processes and were specific to menopausal endocrine aging rather than chronological aging. Brain biomarkers largely stabilized post-menopause and gray matter volume recovered in key brain regions for cognitive aging.”

According to the authors, this recovery and in vivo brain mitochondria ATP production correlated with preservation of cognitive performance post-menopause, suggesting adaptive compensatory processes.

Overall, notes Dr. Mosconi and her colleagues, this study shows how menopause reshapes the landscape of the female brain and hints, at least, that this reshaping includes compensatory adaptations that maintain brain function despite the menopause-related drop in estrogen levels.

“Even though many women experience troublesome symptoms, from hot flashes to forgetfulness, menopause is a normal physiological event,” adds Dr. Mosconi. “Our study suggests that the brain has the ability to find a new ‘normal’ after menopause, at least in most women. We hope our findings will help overcome the stigma around menopause and encourage all women to take care of their brains during this transition.”