Up to every third patient with an aneurysmal subarachnoid hemorrhage will present with delayed cerebral ischemia (DCI) that can lead to devastating functional and cognitive consequences. But there are no existing monitors for DCI, and the common precursor of cerebral vasospasm is difficult to detect despite the use of diagnostic tools that include electroencephalogram and transcranial Doppler. Considering the significance of early detection of DCI, neurologists and neurosurgeons at NewYork-Presbyterian/Columbia University Irving Medical Center sought to identify an alternative approach to diagnosis by applying machine learning models for DCI classification that would involve the development of hourly risk scores. 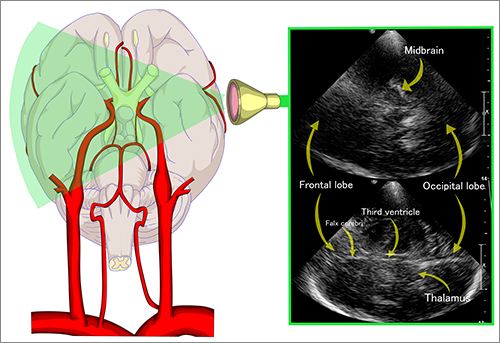 While transcranial Doppler is the only noninvasive tool supported by guidelines to detect angiographic vasospasm, it is limited by poor sensitivity and interrater reliability, and lack of temporal bone windows in some adults.

The research team proposed “a data-driven DCI detection tool that offers hourly estimations of the patient’s current state, incorporating new physiological information over time.” They postulated that a model of this type could be used to establish DCI onset time, thereby acting as a trigger to perform testing to confirm DCI and initiate a timely intervention accordingly that could improve the care of the patient.

The investigators reviewed the incidence of DCI in 310 patients with aneurysmal subarachnoid hemorrhage at NewYork-Presbyterian/Columbia compared to DCI outcomes of 40 and 38 patients admitted to the neurological ICUs at Rheinisch-Westfälische Technische Hochschule Aachen University in Germany and McGovern Medical School, University of Texas, in Houston, respectively.

In their study approach, patient data is anchored to DCI onset to capture the temporal dynamics that lead to its onset. The research team built classifiers using incrementally larger amounts of data going away from the anchor as they had hypothesized that the inherent temporal dynamics of the vitals change as they get closer to the anchor or time of DCI onset.

The observational study called on the plethora of physiological data routinely generated in neurological intensive care units. To their knowledge, the authors believe this is the first study in humans to apply a data-driven automated approach using vital sign time series data to produce hourly classifications of DCI after a subarachnoid hemorrhage.

The study’s corresponding author Soojin Park, MD, an Associate Professor of Neurology in Biomedical Informatics at Columbia University, has focused her own research on the development and clinical evaluation of innovative decision support tools in neurocritical care, including optimal methods for creating predictive models to improve timeliness and precision in the diagnosis of preclinical vasospasm and delayed cerebral ischemia after subarachnoid hemorrhage. 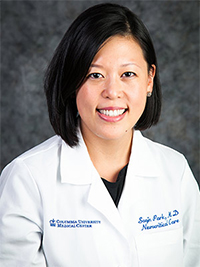 Dr. Park, in collaboration with colleagues at NewYork-Presbyterian/Columbia, undertook the development of a DCI classification model based on vital sign measurements and demographics routinely collected for clinical care cross-referenced with 22 time-varying physiological measures. Computation of data from the 310 patients with subarachnoid hemorrhage included mean, standard deviation, and cross-correlation of heart rate time series with each of the other vitals – heart rate, blood pressure, respiratory rate, and oxygen saturation. This information was used to explore optimal machine learning models for DCI classification.

The performance of the Columbia classifiers was externally validated on the Houston and Aachen datasets. The study’s findings, reported in the April 2021 issue of Stroke,included:

The authors conclude, “This is the first study to show that real-time hourly risk scores can classify DCI with good accuracy following an aneurysmal subarachnoid hemorrhage and that an automated, continuous monitoring tool has the potential to provide ongoing real-time risk assessment for DCI that can be implemented in any ICU.”