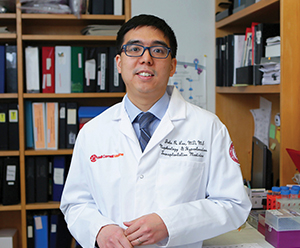 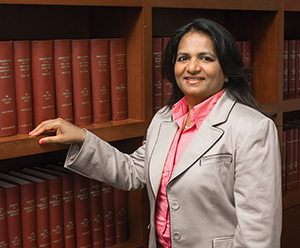 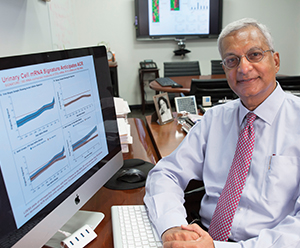 A new method for testing urinary tract infections yields more information than what conventional methods can offer, according to research by investigators at Weill Cornell Medicine, Cornell’s Meinig School of Biomedical Engineering, and NewYork-Presbyterian.

In a study published June 20, 2018, in Nature Communications, researchers analyzed pieces of cell-free DNA isolated from the urine of kidney transplant patients and discovered that it provides valuable information about the bacterial and viral composition found within patients’ urine. Urinary cell-free DNA (cfDNA) are floating molecules of DNA that are derived from the genomes of dying human or microbial cells. They are usually studied in blood plasma but are also present in the urine.

Clinicians often test for UTIs with a urine culture that involves growing bacteria. “But some bacteria are harder to grow than others, and for conventional techniques you have to choose a specific set of tests to detect a specific bacterium,” says co-lead author John R. Lee, MD, MS, a nephrologist at NewYork-Presbyterian/Weill Cornell Medical Center. “This test, using urinary cell-free DNA, is less biased because it screens broadly for different kinds of infections, both common and rare.”

Investigators analyzed urine samples from 82 kidney transplant recipients receiving care at NewYork-Presbyterian/Weill Cornell. By looking at the urinary cfDNA of these patients, the researchers not only identified the same microorganisms detected by conventional approaches, but also other, less common microorganisms. They also were able to learn about the host response to infection and how fast bacteria were growing by carefully looking at the genome structures. The cfDNA fragments are short and fragmented, which makes it more difficult to analyze using DNA sequencing approaches. However, by optimizing cfDNA fragment analysis, only 1 ml of centrifuged urine was needed in this study.

The authors note, “In nearly all samples with clinically reported viral or bacterial infection of the urinary tract, cfDNA identified the suspected causative agent of infection. In addition, cfDNA sequencing revealed the frequent occurrence of cfDNA from bacteria that remain undetected in current clinical practice.”

“This test, using urinary cell-free DNA, is less biased because it screens broadly for different kinds of infections, both common and rare.”

“With just one test, many pieces of information about bacteria and viruses, as well as antibiotic resistance, can be determined at the same time,” says co-lead author Iwijn De Vlaminck, PhD, an Assistant Professor of Biomedical Engineering at Cornell’s Ithaca campus. “We found that we could deduce the fraction of the bacterial population that is growing by carefully looking at the places in the genome where the cell-free DNA was derived from. Metagenomic analysis of the cell-free DNA can also be used to infer which antimicrobial drugs may work best against a particular infection.”

“Half of all kidney recipients will suffer from a bacterial UTI within the first three years of receiving the transplant, putting those patients at risk of infection-related complications,” says Manikkam Suthanthiran, MD, Chief of the Division of Nephrology and Hypertension at NewYork-Presbyterian/Weill Cornell. “The cell-free DNA profiling technique can diagnose rare infections that are not routinely screened for and has the potential for earlier diagnosis and treatment and to improve outcomes in kidney transplantation.”

“The cell-free DNA profiling technique can diagnose rare infections that are not routinely screened for and has the potential for earlier diagnosis and treatment and to improve outcomes in kidney transplantation.”

Dr. Lee and Dr. De Vlaminck hope to do a validation study to see if this test can be implemented into practice. This new test not only could be important for kidney transplant patients, who frequently contract viral and bacterial urinary tract infections, but also for the general population.