Over the last 10 to 20 years proton pump inhibitors (PPIs) have become one of the top oral medications in the United States. According to a study published in JAMA in 2015 on trends in prescription drug use, the use of proton pump inhibitors in non-institutionalized adults in the United States doubled from 3.9 percent in 1999 to 7.8 percent in 2012. During the same period, the number of studies reporting PPI-related adverse effects also doubled. 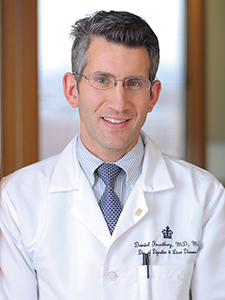 "With this proliferation of use, there is more and more power to study the possibility of adverse effects of these drugs,” says Daniel E. Freedberg, MD, MS, a gastroenterologist with NewYork-Presbyterian/ Columbia University Medical Center. “After studying proton pump inhibitors for a long time, we now understand the risks well enough. What we should focus on instead is the benefit of these drugs. PPIs perform well when given for appropriate indications, in situations where they confer a substantial benefit. But when there is a soft indication for the drug, potential adverse effects begin to look more significant.”

Many of the feared consequences of PPI use remain inconclusive. Having looked at large data sets to assess the adverse effects, Dr. Freedberg and his colleagues note that attaching a cause to the medications is open to interpretation given the potential of other contributing factors and individual characteristics of the patients taking PPIs.

“Many of the adverse effects associated with the use of PPIs are unlikely to be related to the drugs themselves,” says Dr. Freedberg. “Patients who use PPIs tend to have more underlying medical comorbidities than patients of the same age who don’t use PPIs. They are also more likely to be obese and have a sedentary lifestyle. When you can’t completely adjust for those baseline differences between PPI users and non-users, it becomes hard to tease apart whether a given bad outcome is from the drug or from those baseline differences. When evaluating whether a potential adverse effect from PPIs or any other medication is causal, you like to have multiple kinds of evidence – we look for consistent associations, but also for plausible mechanisms linking the drug and the adverse event, dose-response effect, and evidence across studies with different designs.”

“With PPIs, it’s helpful to look at where the drug is acting and what it’s doing,” continues Dr. Freedberg. “PPIs have a very short plasma half-life. However, they have a long, effective duration because they act on the cells that line the stomach to powerfully block acid production. Therefore, any adverse effect is more likely to be related to the production of acid than to the brief time that PPIs or their metabolites spend in plasma.”

In an open-label crossover trial, Dr. Freedberg and his colleagues explored whether the acid-suppressive effect of PPIs altered the colonic microbiome, facilitating Clostridium difficile infection. The researchers found that while PPIs did not change fecal microbial diversity beyond baseline variability, they significantly affected certain taxa, including Streptococcaceae and Enterococcaceae, and therefore may increase the risk for C. difficile.

“We know that gastric acidity confers some protection against enteric infections such as Salmonella,” adds Dr. Freedberg. “Long before PPIs were discovered, people who had no gastric acidity were recognized to be at risk for certain kinds of enteric infections. While our own work in C. difficile has shown that PPIs do change bacteria in the colon, conferring a small risk of infection, PPIs are not antibiotics. While they change specific bacteria, they don’t wipe out colonic bacteria wholesale. The changes in the microbiome are relatively subtle and a good indication for the PPI will outweigh the absolute risk of an enteric infection, which is about one in a thousand.”

Dr. Freedberg advises that when the indication is appropriate, for example, prescribed for someone who has erosive esophagitis where there is damage to the end of the esophagus, continuing the medication is recommended because of the potential for recurrence. If the indication of the drug is inappropriate, for example, prescribed for nonspecific abdominal pain, and it’s not helping the patient, there are no consequences to discontinuing the PPI and then it should be discontinued.

Reviewing the Evidence: Equivocal for Adverse Effects; Definitive for Benefits

Dr. Freedberg recently served as the lead author on an American Gastroenterological Association Clinical Practice Update presenting the best practice advice for PPIs based on the risks and benefits of long-term use of these medications. The paper includes assessments of the often equivocal evidence that has accrued since the use of PPIs expanded. Dr. Freedberg and his expert collaborators from South Denver Gastroenterology, PC, and Perelman School of Medicine, University of Pennsylvania, concur that “despite the long list of potential adverse effects associated with PPI therapy, the quality of evidence underlying these associations is consistently low to very low.” 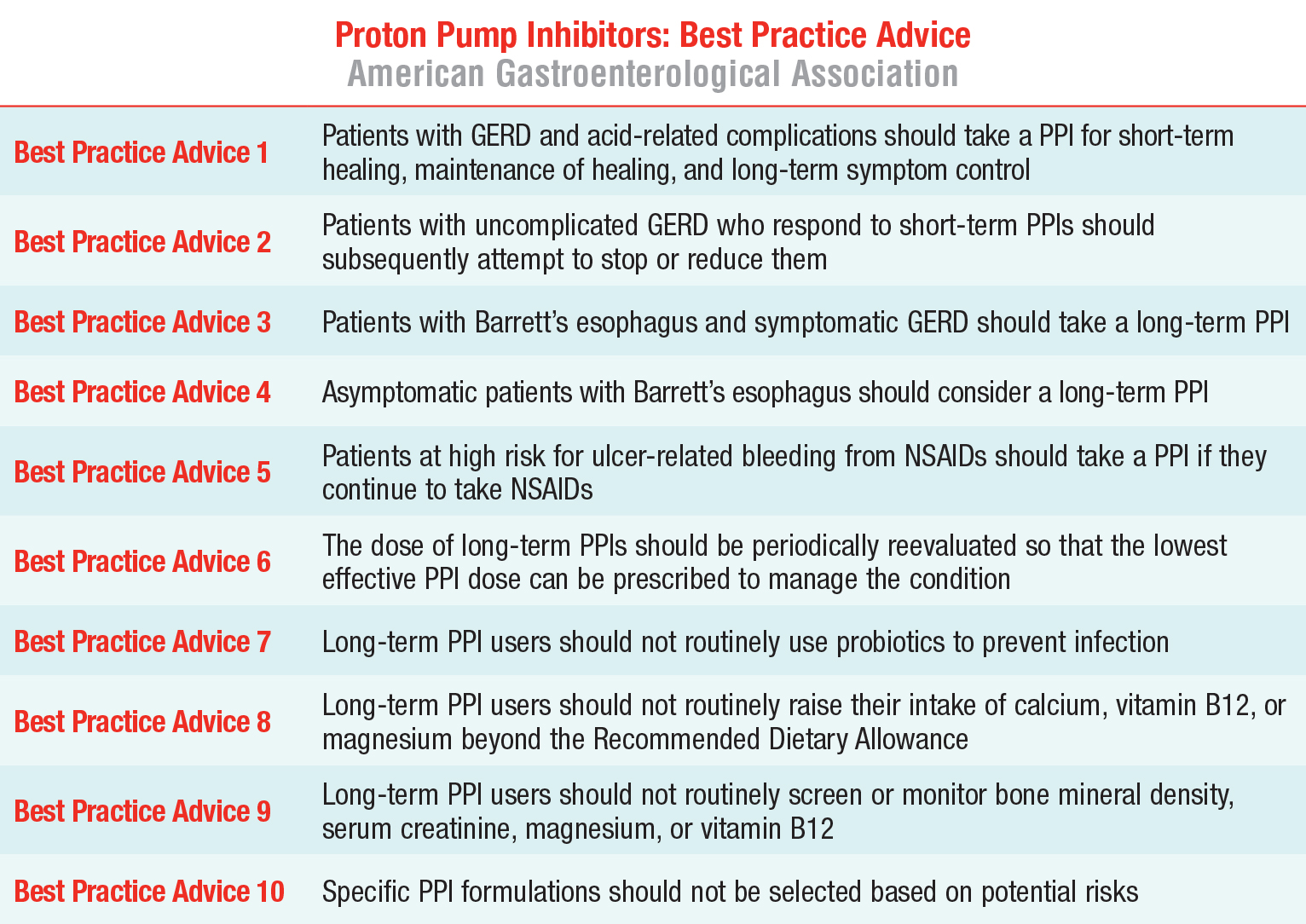 On the benefits side, the majority of the evidence clearly demonstrates the effectiveness of PPIs in the treatment of gastroesophageal reflux disease and Barrett’s esophagus, and as a preventive agent for bleeding in high-risk patients who take nonsteroidal anti-inflammatory medications. “Severe GERD with acid-related complications is among the most important indications for the use of a PPI,” says Dr. Freedberg. “The more complex GERD cases that benefit the most from PPIs are patients with the classic symptoms of heartburn or regurgitation, or those with comorbidities such as central obesity or large hiatal hernias. Patients who have mainly ‘atypical’ symptoms of GERD like cough are much less likely to benefit from PPIs.”

For Barrett’s esophagus, another significant indicator for the use of PPI, Dr. Freedberg and his colleagues recommend that dosing and duration should be based on monitoring each patient’s developments. Those with Barrett’s esophagus and symptomatic GERD should take a long-term PPI because they may benefit both with symptom relief and also in slowing the progress of Barrett’s esophagus.

Dr. Freedberg wants to help physicians and patients understand the data surrounding the use of proton pump inhibitors. “PPIs are going to continue to be prescribed because they are incredibly useful drugs in the treatment of acid-related disorders,” says Dr. Freedberg. “The hope, however, is they’ll be prescribed thoughtfully and that physicians will focus on indications rather than risks.”