Columbia University is the only site in New York City and one of only three on the East Coast participating in a clinical trial evaluating completely minimally invasive replacement of the arch in patients with the appropriate anatomy. Here cardiac and vascular surgeons have collaborated on a hybrid approach for surgical reconstruction of the aortic arch for many years. They now apply their partnership to an endovascular procedure with a new device called the RelayBranch Thoracic Stent-Graft System. The device is made of the same fabric material used for open reconstructions, but with the inclusion of a metal cage sown in to help it expand. 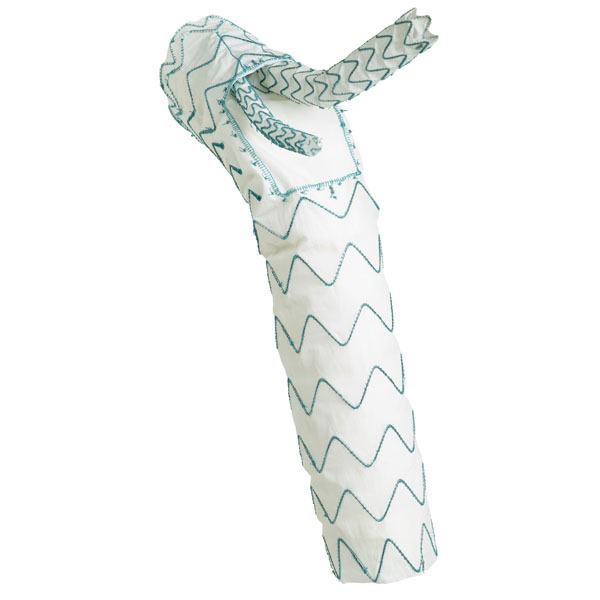 Columbia was selected as one of only 10 centers in the United States as a site for the trial in large part due to case volume, outcomes, and the dynamics of the team, including a history of cardiac and vascular surgeons working together as the new procedure requires the expertise of both specialties to address problems that might occur near the heart or at the other end of the graft.

While using endovascular procedures to treat aortic aneurysms isn’t new, a device or graft that replaces the entire aortic arch without opening the chest is groundbreaking.

Current devices used in treating the aortic arch when the ascending aorta is diseased can provoke a new dissection or injury due to the large size of the stent. Generally, in these patients, surgeons replace the ascending aorta and create the anatomy for the appropriate landing zone for the arch device so that it lands safely in the prior graft. The new endovascular system allows the aortic arch to be fully replaced while limiting the risks associated with the subtotal or total arch replacements in patients with acute dissections and large ascending or aortic arch aneurysms.

Enrollment criteria included patients with an ascending or aortic arch aneurysm deemed too high risk for open surgery; patients with a previous median sternotomy, which would make the re-entry into the chest a bit more treacherous; and those who have an inadequate landing zone or prior graft replacement of the ascending aorta.

While using endovascular procedures to treat aortic aneurysms isn’t new, a device or graft that replaces the entire aortic arch without opening the chest is groundbreaking. Until now, an extensive open operation was the only way to perform a total aortic arch replacement. The development of this new technology makes it possible to move toward the main part of the arch, which has been one of the most difficult repairs because it has branches to the brain.

The new endovascular system allows the aortic arch to be fully replaced while limiting the risks associated with the subtotal or total arch replacements in patients with acute dissections and large ascending or aortic arch aneurysms.

Aneurysms in the main part of the arch involving the proximal two branches had to be treated with open surgery using a variety of adjunct therapies such as debranching graft devices. These devices were used to create a different route for blood to flow into the brachiocephalic artery and left subclavian artery from the ascending aorta instead of the arch. Surgeons could place an endovascular graft across the aortic arch without compromising blood flow to the brain. But because that artery needs to be rerouted with debranching grafts, the procedure requires open surgery.

The RelayBranch device technology enables the procedure to be accomplished minimally invasively without any circulatory arrest. The original feasibility trial evaluated 10 patients, and were all done safely. The device, which has been available in Europe and South America for several years, is now under study in an expanded feasibility trial of 30 patients. With results expected soon, the goal is to move to a pivotal trial that would test for safety and efficacy at 30 days, 1 year, and 5 years.