Ketamine: The Benefits Continue to Unfold

In the 1960s, ketamine got its start as an anesthesia medicine for animals. In 1970, it was approved by the FDA as an anesthetic for people and was used in treating injured soldiers on the battlefields in the Vietnam War. For the past two decades, the drug has been making its way into the treatment of patients with resistant depression although its use in psychiatry was long considered “off label.”

In spring 2019, the U.S. Food and Drug Administration approved a nasal spray version of ketamine specifically for use as an antidepressant. In August 2020, the FDA expanded the approval to include patients with depression who are having suicidal thoughts or have recently tried to take their own lives or otherwise harm themselves. This latest approval opened up new lines of research that may change the way psychiatrists think about depression.

Columbia University and Weill Cornell Medicine psychiatry faculty have long been major contributors to advancing the science and understanding of the beneficial effects of ketamine for treating psychiatric disorders. The following article highlights some of the current investigations underway by Benjamin D. Brody, MD, Chief of Inpatient Psychiatry at NewYork-Presbyterian/Weill Cornell Medical Center; Conor M. Liston, MD, PhD, a neuroscientist and psychiatrist in the Feil Family Brain and Mind Research Institute and the Department of Psychiatry at Weill Cornell Medicine; and J. John Mann, MD, the Paul Janssen Professor of Translational Neuroscience in the Departments of Psychiatry and Radiology at Columbia University Irving Medical Center and Director of Molecular Imaging and the Neuropathology Division at the New York State Psychiatric Institute.

Evaluating Ketamine in the Clinic and in the Lab 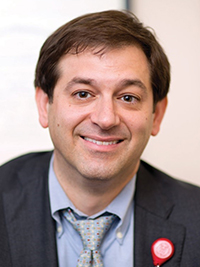 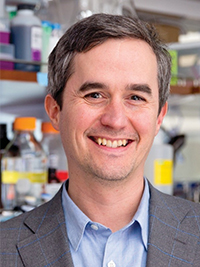 Selective serotonin reuptake inhibitors (SSRIs) are the most common class of drugs prescribed for depression. But SSRIs can take six weeks to begin alleviating symptoms, and that’s without the period of trial and error often required to find the right medicine and dosage for a particular patient. Additionally, for as many as three in 10 people with depression, SSRIs have no effect at all.

At Weill Cornell Medicine, Dr. Benjamin Brody is leading a program to explore the clinical use of intravenous infusions of ketamine to treat the condition. He developed the protocol before the nasal spray was FDA approved and still prefers infusions because they allow him to tailor each dose to a patient’s weight as opposed to the spray, which is only available in two pre-set doses.

“What’s so exciting about ketamine is not only that it works for people whose symptoms are not responding to traditional treatments, but it also works much more rapidly – in days or even hours,” says Dr. Brody. “For some people, ketamine really does provide almost immediate relief. That’s wonderful and very gratifying to see.”

“What’s so exciting about ketamine is not only that it works for people whose symptoms are not responding to traditional treatments, but it also works much more rapidly – in days or even hours.” — Dr. Benjamin Brody

The greatest challenge with ketamine, however, is that its positive effects wear off within weeks or months. Because it is potentially addictive and has other side effects, it is typically given in just a single dose or short series of doses, the benefits of which tend to fade. “Another major issue,” says Dr. Brody, “is that we have so little information on the long-term effects or what type of treatment patients will need to remain well.”

While the drug can provide relief as patients pursue other treatments that may work in the longer term, what if the benefits of that handful of doses could be sustained?

That is the question being explored in the laboratory of Dr. Conor Liston. According to results of a 2019 study published in Science conducted by Dr. Liston and his team at Weill Cornell Medicine, the powerful but temporary benefits of ketamine against depression might be extended if the new brain-cell connections it promotes could be preserved. Their research examined how ketamine works to create more synapses in the medial prefrontal cortex. “These new connections seem to be temporary,” says Dr. Liston, “but if they could be augmented or extended by using another treatment alongside ketamine, a person might be cured of depression for good.”

The researchers investigated this potential in mice that exhibited depression-like behavior as determined by their reaction to a stressful situation. A mouse that freezes more than it attempts to wriggle free – what’s known as “motivated escape behavior” – is, for purposes of the study, exhibiting one important feature of depression. “Mice are not people, and many symptoms that we think of as core to depression – sadness, hopelessness – are hard or probably even impossible to imagine modeling in a mouse,” says Dr. Liston. “However, there are some things we can measure.”

Before treating the mice with ketamine, Dr. Liston and his team examined their brains and, as predicted, a lack of motivated escape behavior was correlated with lost synapses in the medial prefrontal cortex. Just hours after one dose, the mice no longer exhibited “depressed” behavior and their brains showed that synapses had regrown. But just as in humans, days later the depressive symptoms returned. Meanwhile, the new synapses had disappeared.

“We think that some kind of intervention aimed at boosting the restoration of those synapses or enhancing their survival over time could be useful for augmenting ketamine’s antidepressant effects.” — Dr. Conor Liston

Interestingly, Dr. Liston says, the reduction in depressive behavior actually happened before the new synapses appeared – meaning they could not have caused the immediate relief. But the new synapses did seem to be necessary to maintain the antidepressant effects long after the ketamine dose. If Dr. Liston and his team eliminated the synapses, the mice quickly became depressed again.

“We think that some kind of intervention aimed at boosting the restoration of those synapses or enhancing their survival over time could be useful for augmenting ketamine’s antidepressant effects,” says Dr. Liston, adding that such interventions could include another drug or something as simple as exercise or improved sleep, two known factors in synapse survival.

Dr. Brody has already seen ketamine’s life-saving potential in the handful of patients he has treated so far. “We’re finding that it’s safe and effective, and now Conor’s research has shown that the way it works is different from the treatments that had previously been available to us,” says Dr. Brody. “I think this is going to help a lot of people.”

A five-year clinical trial by Columbia University researchers showed that ketamine improved the thinking and reasoning of those who expressed thoughts of killing themselves within 24 hours. The study, published in the November 2, 2021, issue of the Journal of Clinical Psychiatry, found that one dose of ketamine not only reduced the severity of depression in people with suicide ideation, many of whom had not responded to other antidepressants, but also made them feel safer and less likely to harm themselves because it rapidly diminished their suicidal ideation. 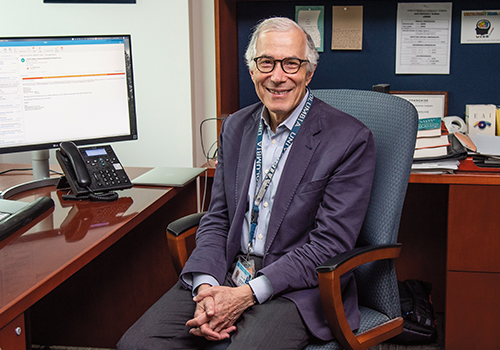 “We found that suicidal thoughts are not just related simply to severity of depression,” says senior author Dr. J. John Mann. “There are other reasons, including cognitive improvements, that make those who are suicidal feel safer.”

The Columbia researchers sought to obtain a better understanding of the mechanisms behind the effect of ketamine by examining the drug’s impact on neurocognitive performance. The clinical trial involved 78 participants suffering with major depressive disorder and clinically significant suicidal ideation and compared the effects of intravenously administered ketamine – not yet approved by the FDA but provided off-label at treatment centers throughout the country – to midazolam, a sedative prescribed for anxiety and depression. The findings of the randomized clinical trial showed:

Dr. Mann notes that since 90 percent of those who die by suicide in the U.S. have a psychiatric illness and 60 percent of those people suffer a major depressive episode before a suicide attempt, ketamine has the potential to transform the care of these patients and lessen suicidal risk.