Generalized anxiety disorder (GAD) was associated with widespread connectivity differences in resting-state networks that overlapped significantly with those in depression. This figure shows the neuroanatomical distribution of the most discriminating connectivity features for the comparison of patients with GAD versus controls. Red represents increased and blue decreased functional connectivity in GAD. 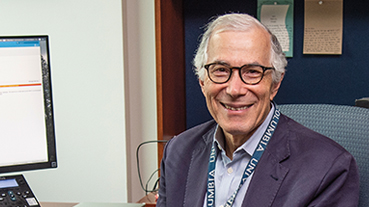 Dr. Mann and his Columbia colleagues have been investigating the use of ketamine as a treatment option for rapidly reducing suicidal thoughts in patients with refractory depression.
Learn More